The department says the lawsuit will be the "final chapter for the Piney Point site." 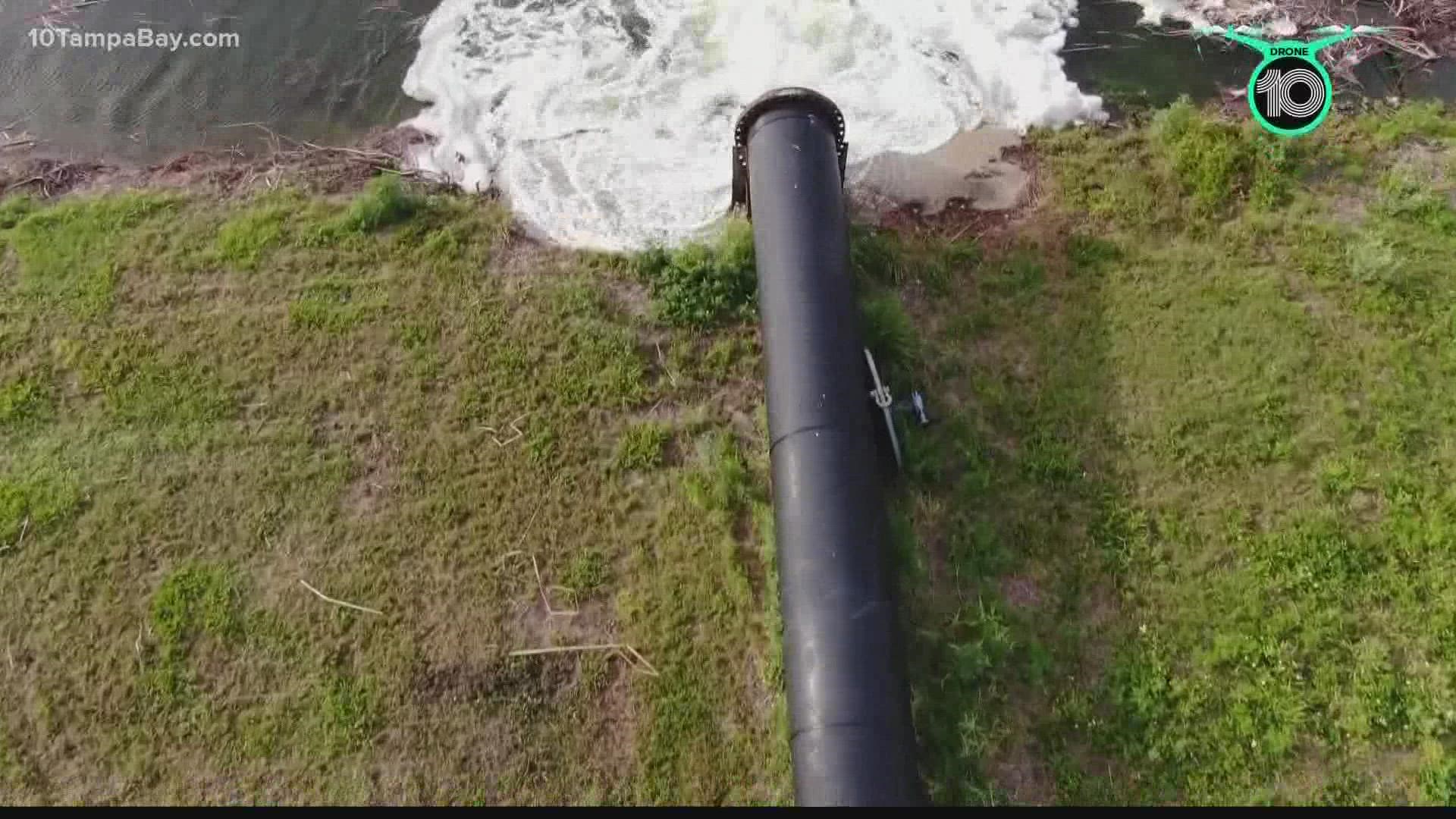 PALMETTO, Fla — Editor's Note: The video above is from July 26.

Florida's Department of Environmental Protection will be taking the property owners of the former Piney Point phosphate mining company to court.

The department says the lawsuit will be the "final chapter for the Piney Point site," by fulfilling the state's mission to hold the company HRK Holdings responsible for the leak at one of the facility's reservoirs, resulting in more than 200 million gallons of untreated wastewater being dumped into Tampa Bay.

In the lawsuit, the DEP is seeking a court-appointed receiver to act as a third-party that will oversee the closure of the property. It also seeks to have HRK Holdings pay several financial penalties, including $50,000 for each day it failed to remove water from the Piney Point site beginning on Feb. 15, 2019.

“The ultimate goal remains closure of the site once and for all," DEP Interim Secretary Shawn Hamilton said in a statement. "We are confident the court-appointed receivership requested through this complaint will pave the way to expediting this process.”