Florida called for an emergency hearing over concerns of the facility's reservoir overflowing due to continued rainfall. 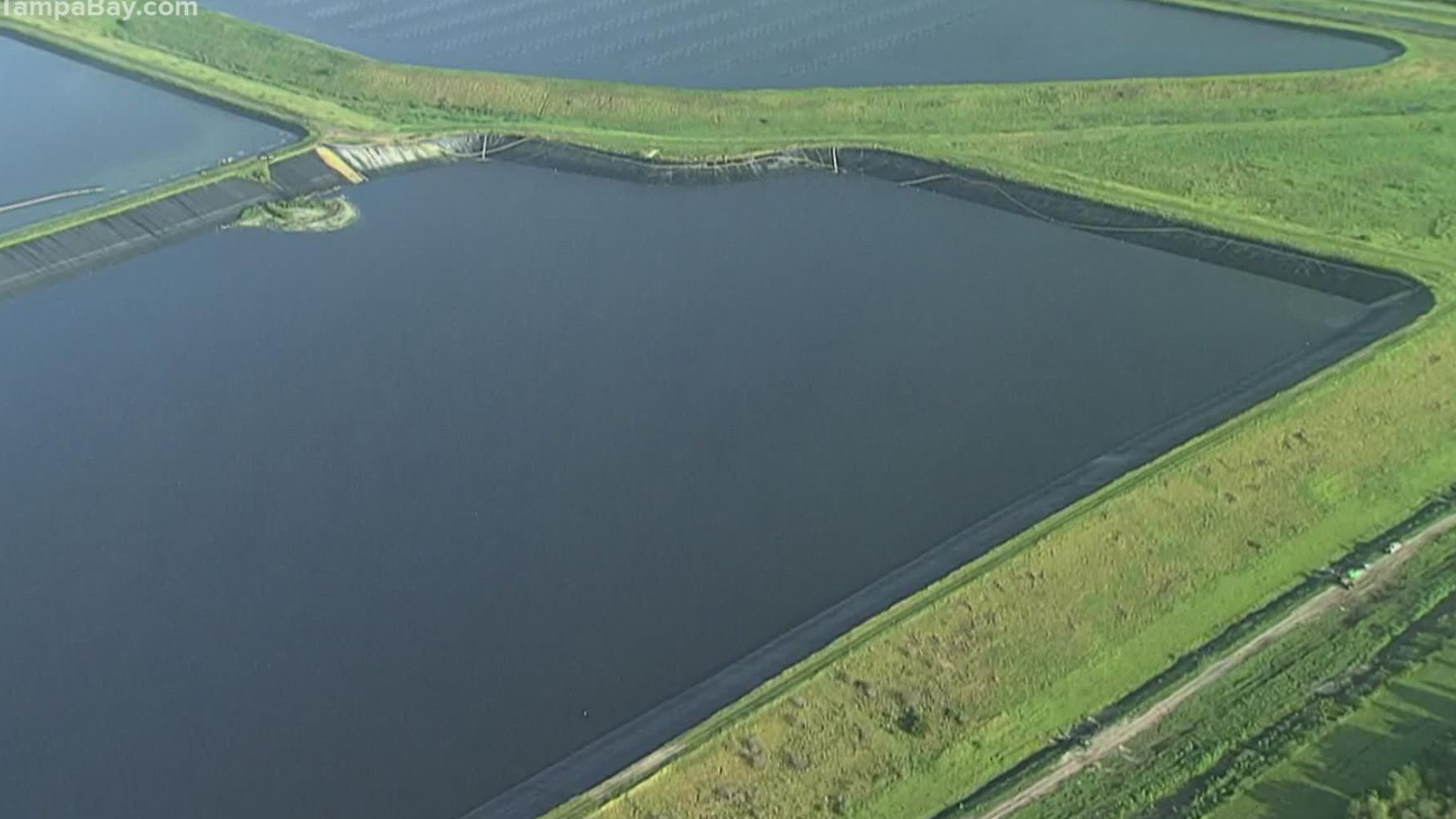 MANATEE COUNTY, Fla. — A judge appointed a receiver to oversee the management and eventual closure of the former Piney Point phosphate mining facility, the Department of Environmental Protection announced Wednesday.

The receiver had taken full control of day-to-day operations by Thursday, though DEP will retain regulatory oversight.

The decision is part of a larger lawsuit the state filed against Piney Point's property owners, HRK Holdings. Earlier this month, FDEP called for an emergency hearing of its lawsuit due to concerns that continued rainfall would cause the wastewater that sits inside the facility's reservoirs to overflow.

As of Wednesday, Piney Point has received 24.4 inches of rain, and the state expects another 9 inches by the end of September. DEP says the facility can only hold 11 more inches of rainfall.

If crews are not able to lower water levels in time, then FDEP says another wastewater release would have to happen.

In April, more than 200 million gallons of untreated wastewater was dumped into Tampa Bay in order to avoid a full-on collapse of the Piney Point facility. However this time around, the state says the wastewater will be treated. Contractors have been working to reduce the amount of nitrogen and phosphorus in the water.

Still, scientists say even if the discharged water is treated, any additional nutrient pollution to Tampa Bay will add more stress to a system that has already received so much nitrogen earlier in the year and could help fuel future algae blooms.

As of Wednesday, FDEP says around 259 million gallons of water is currently being held inside the Piney Point reservoir. That water consists of a mixture of phosphogypsum, a radioactive byproduct of phosphate mining, and seawater. If it overflows, the state says Bishop Harbor will be affected.

RELATED: Another Piney Point wastewater release is on the table, DEP says