The Manatee County administrator says by the end of the day Monday, water will be exiting the retention pond even more quickly. 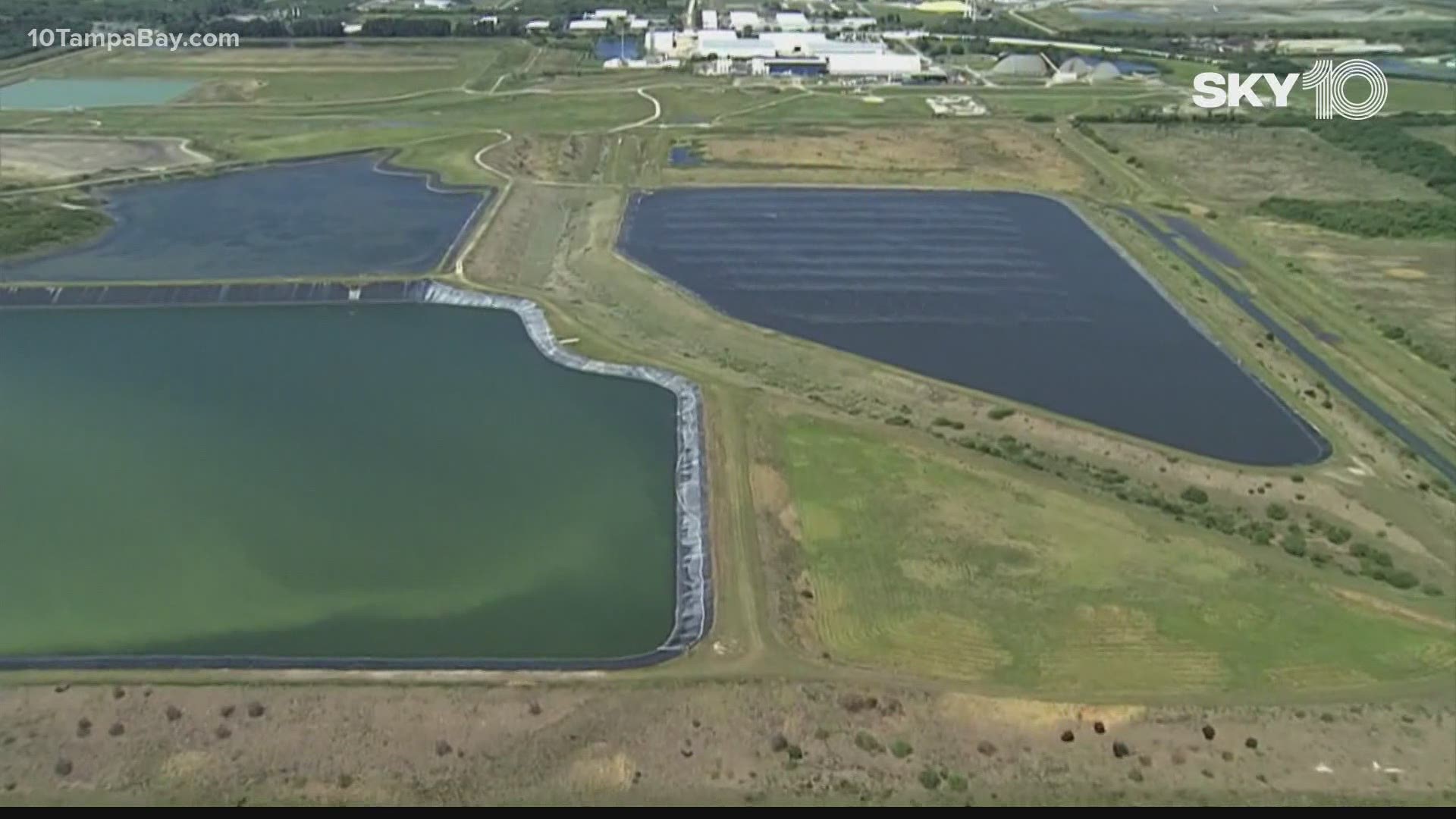 MANATEE COUNTY, Fla. — Four days after the Manatee County Commission declared a local state of emergency regarding the breach at Piney Point, officials say they are on their way to doubling the removal of wastewater threatening the retention pond's "imminent" collapse.

Jacob Saur, director of public safety for the county, says there are two original pumps, four major lines, and a "significant number" of other smaller pumps that are currently working to move the wastewater out of the seepage site.

By the end of the day Monday, around another 20 pumps will be added to that lineup, according to officials.

It's something that Acting Manatee County Administrator Dr. Scott Hopes says will allow crews at the former phosphate processing plant to more than double the volume of water leaving the retention pond.

“You can imagine that if we go from 35 million gallons a day to 100 million gallons a day, or more, pulling it out—you can see how within, probably, 48 hours, if all those flows continue, we will be at a situation where we will no longer have that risk of that full breach," he said.

As of Monday afternoon, officials say there is just shy of 300 million gallons remaining in the breached retention pond and that a much clearer picture of the status of the site will be able to be determined by the end of the day.

But engineers working at Piney Point could be working against the clock after an infrared drone "identified a signature that could indicate a second breach" around 2 a.m.

Saur says the Army Corps of Engineers and new engineers from the DEP are back out at the site and reassessing that finding. More details on the potential second breach are expected once the assessment is complete.

The wastewater is a mixture of process water, saltwater from the Port Manatee dredge project, rainfall, and stormwater runoff. It has elevated levels of phosphorus and nitrogen that are raising concerns with environmentalists.