The news came as a welcome relief to County leaders and those who live in the area. 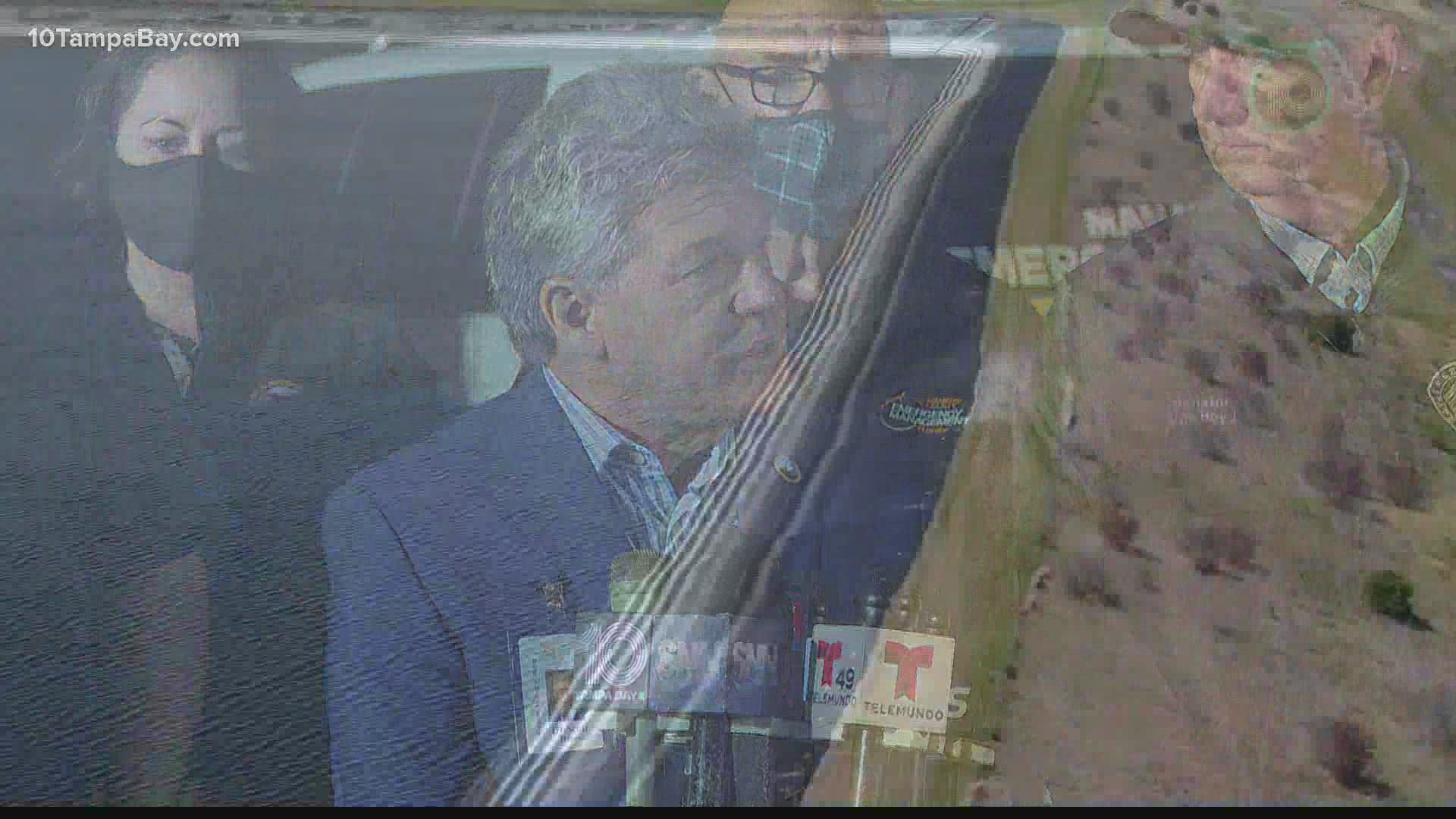 MANATEE COUNTY, Fla. — Florida’s legislative session is officially over with a multi-billion dollar budget approved, and many are saying the Bay area is one of the big winners.

Included in that $101.5 billion budget is $100-million in emergency funding to clean up the troubled Piney Point site once and for all.

The news came as a welcome relief to County leaders and those who live in the area, but could also be viewed as a huge win for all of Tampa Bay.

"We were all collectively singing the same hym, which is, ‘we need help, we need it now, and it’s going to be expensive,’" said Dr. Scott Hopes, remembering back to his first day on the job. It was the same day it was realized the Piney Point site was at imminent risk of a catastrophic collapse.

“I know Tallahassee and I know how to get a response,” said Hopes who remembers his calls for help getting an immediate response from state lawmakers, including Florida Gov. Ron DeSantis.

“We were all up on the site and were able to experience in real-time the threat that Piney Point was imposing on Manatee County at the entire Tampa Bay region.”

The disaster happened smack in the middle of Florida’s legislative session with lawmakers last week approving $100-million dollars to clean up the longtime problem site once and for all.

“If it was going to happen, this was the time for it to happen because we got the attention,” said Hopes, who remembers the moment he said the funding was approved. "I was elated. I worked in Tallahassee for over 30 years, and this--I have to say--it was probably the easiest budget appropriations I’ve ever worked on.”

Now comes the hard part. Hopes says the county will work with Florida’s Department of Environmental Protection through the process of treating the remaining wastewater on-site to make it safe, before pumping it deep into the ground about 3000 feet down. Once empty, these massive pools will be capped and filled with clay.

“I would say within two years to 36 months at the outset 24 to 36 months we should have grass growing on top of Piney point,” said Dr. Hopes.

He says it’s his dream to eventually see Piney Point turned into a county park, perhaps with a BMX course or featuring some of the highest soccer or football fields in Florida.

“It’s going to be a park with one heck of a view of Tampa Bay.”