In a letter, the groups claim April's crisis was the culmination of years of mismanagement. 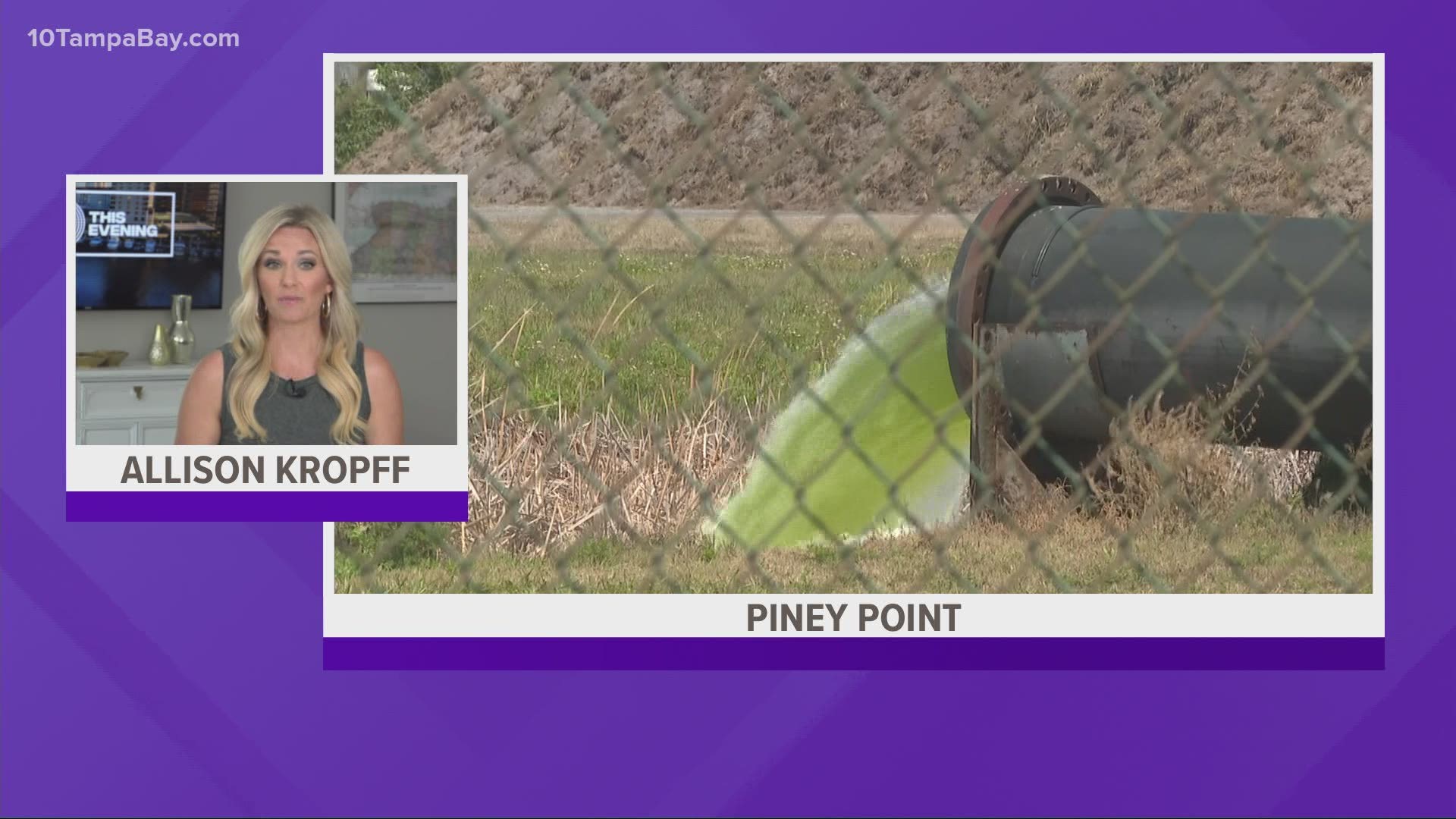 MANATEE COUNTY, Fla — Several local conservation and environmental groups have sent a letter to Florida Gov. Ron DeSantis, claiming they plan on suing the state over what they describe as the mishandling of the former Piney Point phosphate plant.

Also included in the list of names that could potentially be sued are the current landowners of the Piney Point site, HRK Holdings.

It's been well over a month since fears of an imminent collapse of the plant's reservoir caused local leaders to evacuate nearby neighborhoods and dump millions of gallons of untreated wastewater into Tampa Bay. Authors of the letter claim the crisis that played out over nearly a week was the culmination of decades of mismanagement.

The notice was sent by the Center for Biological Diversity, Tampa Bay Waterkeeper, Suncoast Waterkeeper, ManaSota-88 and Our Children's Earth Foundation. They say the state and HRK Holdings would have a few months to respond to the claims made in their letter before heading to federal court.

The group says all parties violated the Clean Water Act and the Endangered Species act and contributed “to an imminent and substantial endangerment to health or the environment,” by allowing the well establish risks of the Piney Point site to persist. Florida's Department of Environmental Protection, HRK Holdings and even the Manatee County Port Authority all ignored warnings of the plant's well-recorded danger, according to the environmental groups.

The port's role in mismanaging Piney Point was tied to its decision to store dredging material in one of the plant's reservoirs as part of an expansion project, the letter claims. Critics say that decision led to a leak in 2011.

In a statement, FDEP said it is focused on closing Piney Point once and for all: "While we cannot comment on pending litigation, what I can tell you is the department is committed to holding HRK Holdings Inc. and all involved parties accountable for this event, as well as ensuring the closure of this site once and for all so that this is the final chapter of Piney Point."

Constant leaks and discharges over the years are also part of the concerns brought on by the environmental groups. The nutrients in Piney Point's wastewater can fuel harmful algal blooms that impact fish and human health.

FDEP and local environmental groups have been monitoring the discharge from Piney Point; but so far, no connections have been made to any recent blooms.

In May, Florida's legislature set aside $100 million to clean up Piney Point. The plan is to treat the remaining wastewater on-site before placing it into a deep injection well 3,000 feet below ground.

RELATED: A deep injection well seems to be the solution for Piney Point's reservoir, but what exactly is it?