10 Investigates: Lots of finger-pointing over how Piney Point got to this point

Piney Point could be likened to a game of environmental kick-the-can-down-the-road but with private entities and government agencies. 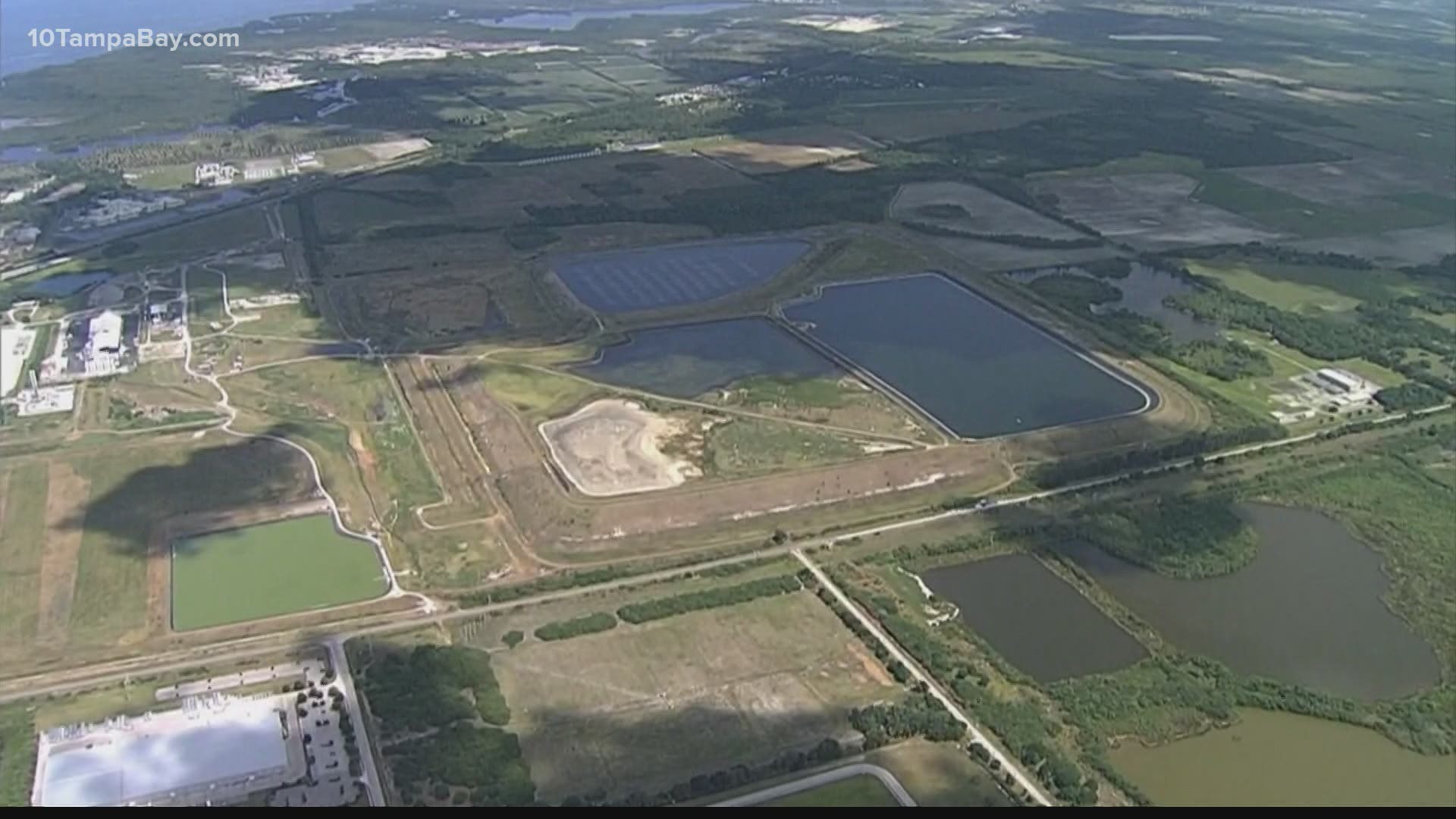 PALMETTO, Fla. — The former Piney Point phosphate processing plant in Manatee County could be likened to a game of kick-the-can-down-the-road.

But instead of one person kicking that can, multiple private entities and government agencies are also kicking it at each other.

There has been a lot of finger-pointing about who dropped the ball on getting these issues at Piney Point taken care of prior to a “significant leak” at the bottom of the pool holding hundreds of millions of gallons of wastewater.

The pool contains a mixture of process water, saltwater from the Port Manatee dredge project, rainfall and stormwater runoff.

To avoid flooding the surrounding area, crews are working to relieve stress on the pool by releasing about 23,500 gallons a minute.

“Our administration is dedicated to full enforcement of any damages to our state’s resources and holding the company, HRK, accountable for this event,” Florida Gov. Ron DeSantis said Sunday.

But the Florida Department of Environmental Protection is in charge of environmental oversight of Piney Point.

And the FDEP hired multiple contractors, like engineers, to work on Piney Point before HRK showed up to the party in 2006.

In a lawsuit HRK Holdings filed in 2013, the company claimed other contractors the FDEP hired had already messed things up before they bought it, like “Negligently designing the Piney Point gypsum stack to utilize a single HDPE liner rather than a double liner,” which led to leaks.

The lawsuit also said the “United States Army Corps of Engineers (USACE) issued a 72-page report expressing their objection and concern over using the lined phosphogypsum stack system as a depository for dredge material removed by the Port Authority.”

The FDEP approved it anyway.

“I need help. I don’t have capital to address this. I don’t. HRK does not. And so, what HRK is hoping for is assistance. From the state, private equity, at some point,” HRK Holdings’ site manager Jeff Barath told 10 Tampa Bay in an exclusive interview in July 2020. “I figure we probably have about a year-and-a-half to two years before we’re really in trouble.”

“And I really, really want to emphasize that aspect of the FDEP’s involvement on this site. You know, I have a direct line to the bureau chief and I talk to him, literally, on a weekly basis,” said Barath. “Most facilities like this are inspected once a year. I’m inspected every two weeks.”

10 Investigates asked the FDEP on Monday to confirm how often the Piney Point site is inspected. We have not gotten a response yet.

“HRK is just the latest in the series of companies that just happens to be the owner at this particular moment in time. The state has been the one constant throughout this process,” said Jaclyn Lopez, Florida Director of the Center for Biological Diversity.

In February, that environmental group joined with organizations across the country to petition the EPA to improve federal oversight of waste produced at phosphogypsum facilities like Piney Point.

“Our ask is pretty simple. It’s to just step into the shoes of the regulator as it’s supposed to do, as it is authorized to do, take that control back away from the states, which have proven to be inadequate,” said Lopez. “I’m raising two small children here. I live a few blocks from Tampa Bay. It breaks my heart that they’re going to grow up learning how to swim in a swimming pool, not in Tampa Bay the way that I did. I won’t bring them in those waters. We have a boat, we have a kayak, we have fishing gear. I’m not teaching them how to do all those things because I don’t think that water is safe for my kids.”

By law, the EPA must respond to the petition by May 8.

10 Investigates reported on Monday that Congressman Vern Buchanan sent a letter to the EPA in October 2020 asking the federal agency to oversee efforts to dispose of the waste at Piney Point.

10 Investigates asked that federal agency to confirm whether it got back to him, but we haven’t heard back yet either.