Fish kills as a result of the wastewater discharge have not been reported, according to state officials. 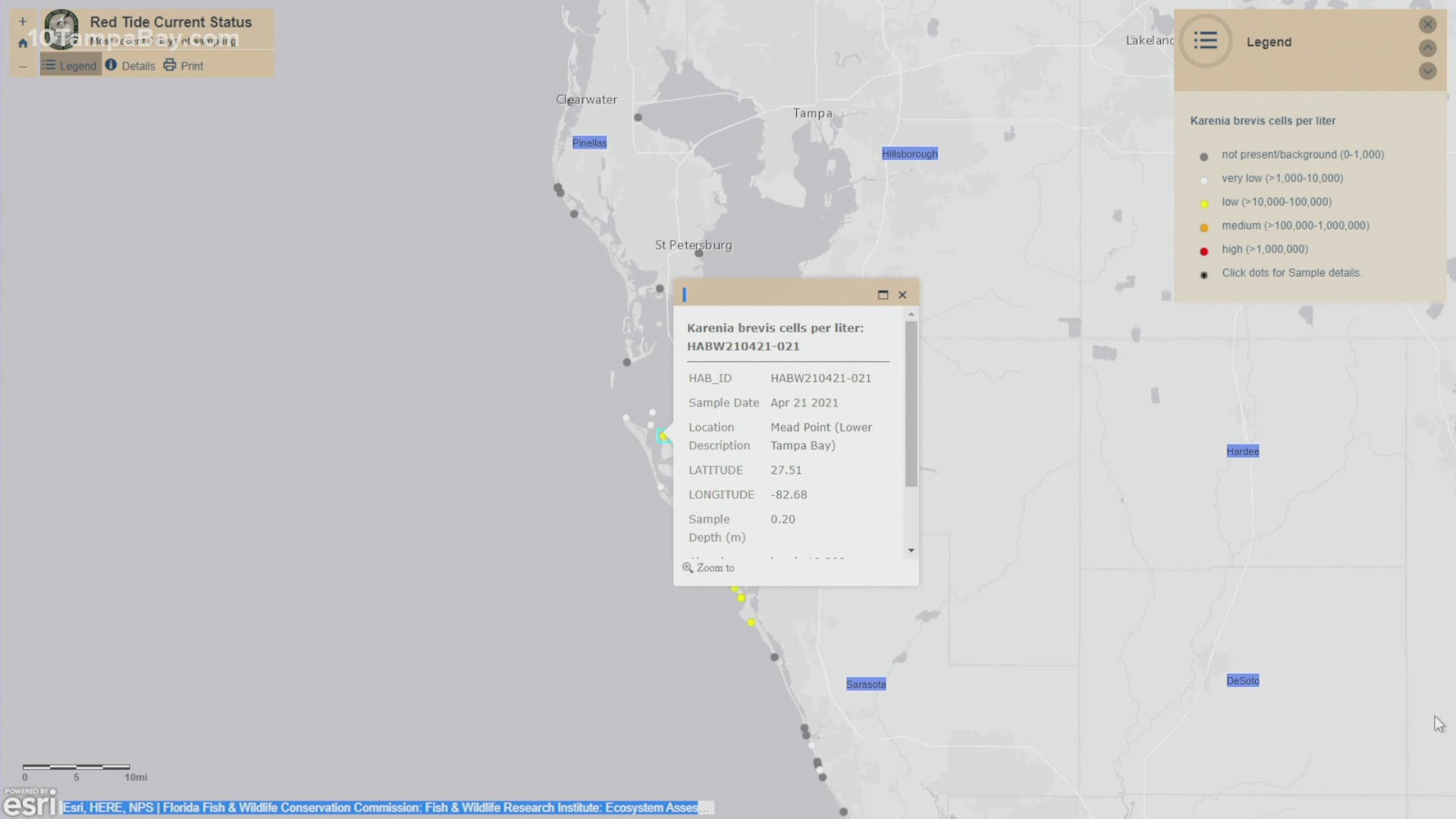 MANATEE COUNTY, Fla. — Crews from the Florida Department of Environmental Protection are reporting that a geo-composite layer is being added to seal the seam that formed in Piney Point's reservoir back in late March.

In a news release, state officials say the new layer will lay on top of a steel plate that was placed in the reservoir in early April. As of Friday, DEP says around 200 million gallons of water remain in the reservoir.

Discharge of the reservoir's nutrient-rich water was discontinued on April 9.

Last week, DEP reported that low levels of red tide were detected west of the Manatee River, but were not a result of the discharge. However, state officials say the wastewater could worsen algal blooms.

At this time, the DEP says no fish kills have been reported in the area.