The models will help predict how the nutrient-rich wastewater dumped into Port Manatee will disperse throughout the bay. 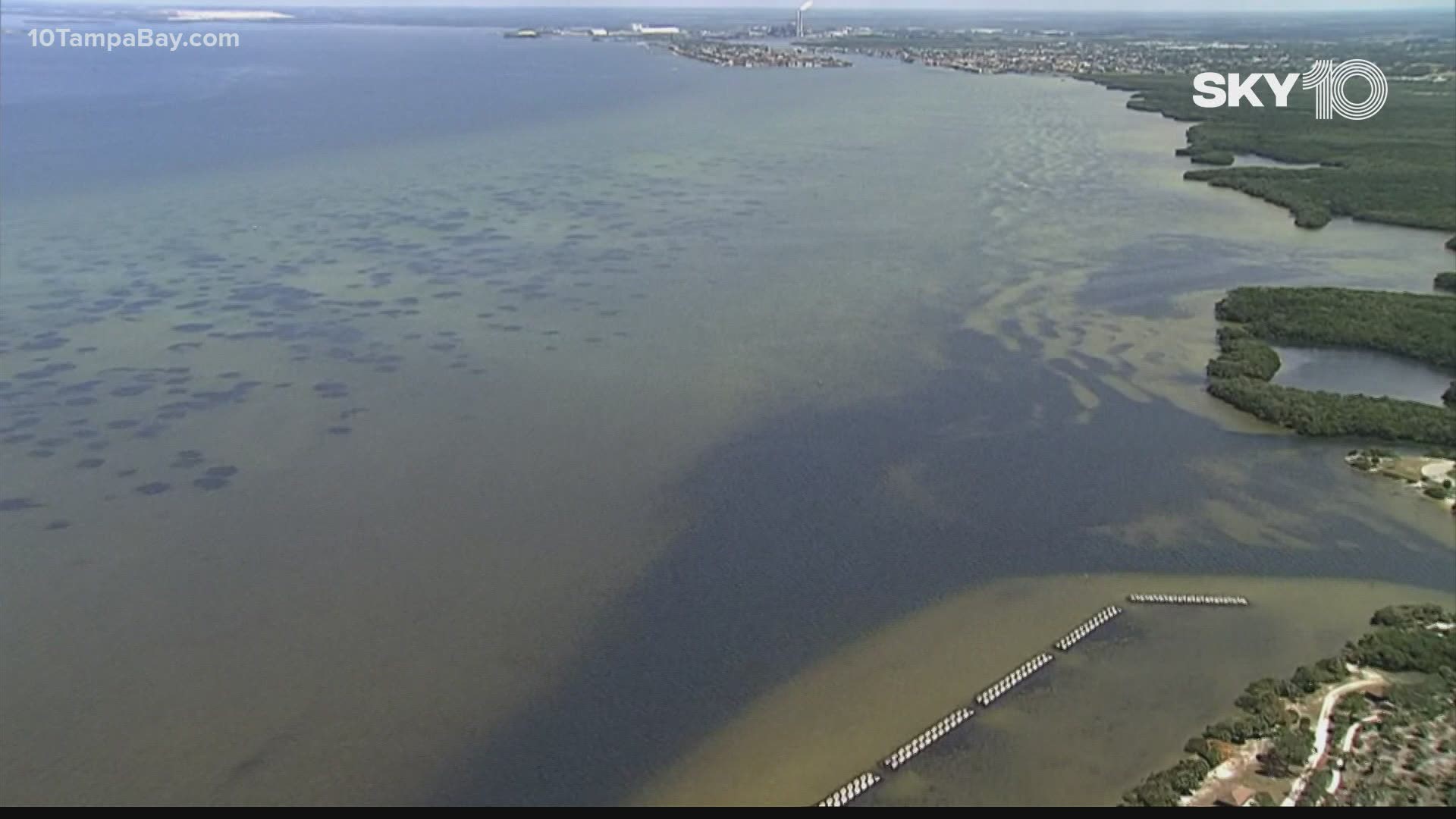 ST. PETERSBURG, Fla. — Where the wastewater discharged from Piney Point into Tampa Bay will go and how long it will take to disperse are questions Bob Weisberg is trying to answer.

The University of South Florida College of Marine Science professor, with his team in the Ocean Circulation Group, are developing forecast models to predict the polluted water’s movement. The models are based on tides, winds and river inflows.

“It’s moving around with the tides and the winds and is slowly spreading,” Weisberg said. “Now we’re really concerned with what the concentrations will be going into the future.”

Like a weather forecast model, Weisberg says these models can help guide researchers to where they should be testing for water quality and other measures. The brighter colors denote higher concentrations of nutrients in the water.

More than 200 million gallons of untreated, nutrient-rich wastewater from a leaking reservoir at the site of the former Piney Point phosphate plant were discharged into the bay to avoid what officials said could’ve been a catastrophic collapse.

Where will wastewater discharged from #PineyPoint into Tampa Bay go & how long will it take to get there?@USFCMS Prof. Bob Weisberg & team are creating forecast models to figure that out to help researchers determine environmental impacts. https://t.co/n8VQrrETFP @10TampaBay pic.twitter.com/q9JQR0MyuN

Gov. Ron DeSantis on Tuesday ordered the permanent closure of Piney Point and directed the Florida Department of Environment Protection to make a plan to clean up the site.

One of the first steps will be to treat the remaining water still on site, so it can then potentially be discharged into the bay or a deep injection well. On Tuesday, DRONE 10 captured video of the initial phase of phosphorus removal happening in the water in a smaller retention pond.

This process will work to remove 90 to 95 percent of the phosphorus, as well as some other undesirables, according to an FDEP official.

Credit: 10 Tampa Bay
This is a prior unused, lined retention pond where crews have begin the initial phase of phosphorus removal. This process will work to remove as much as 95 percent of the phosphorus, as well as some other undesirables.

Back on the Bay, Weisberg says their models are already reflecting reality.

"What we do know right now – and it doesn't take a scientist, you can just look with your eyes – is that there is an impact,” he said. “The water has a dramatically different color in the vicinity of Port Manatee."

Weisberg says his team is working to develop long-term forecasts to determine just how long it could take for the nutrient-rich water to spread out and dissipate.

"Will it end tomorrow, will it end a week from now, a month from now,” he said. “This is the only tool that enables one to start thinking into the future of what's going to happen."

Weisberg used similar models to study red tide. But he says it's still too early to tell if these nutrients could spawn red tide blooms.