Samples are being taken from points across the bay and near the discharge point in Port Manatee to determine any changes in baseline water quality. 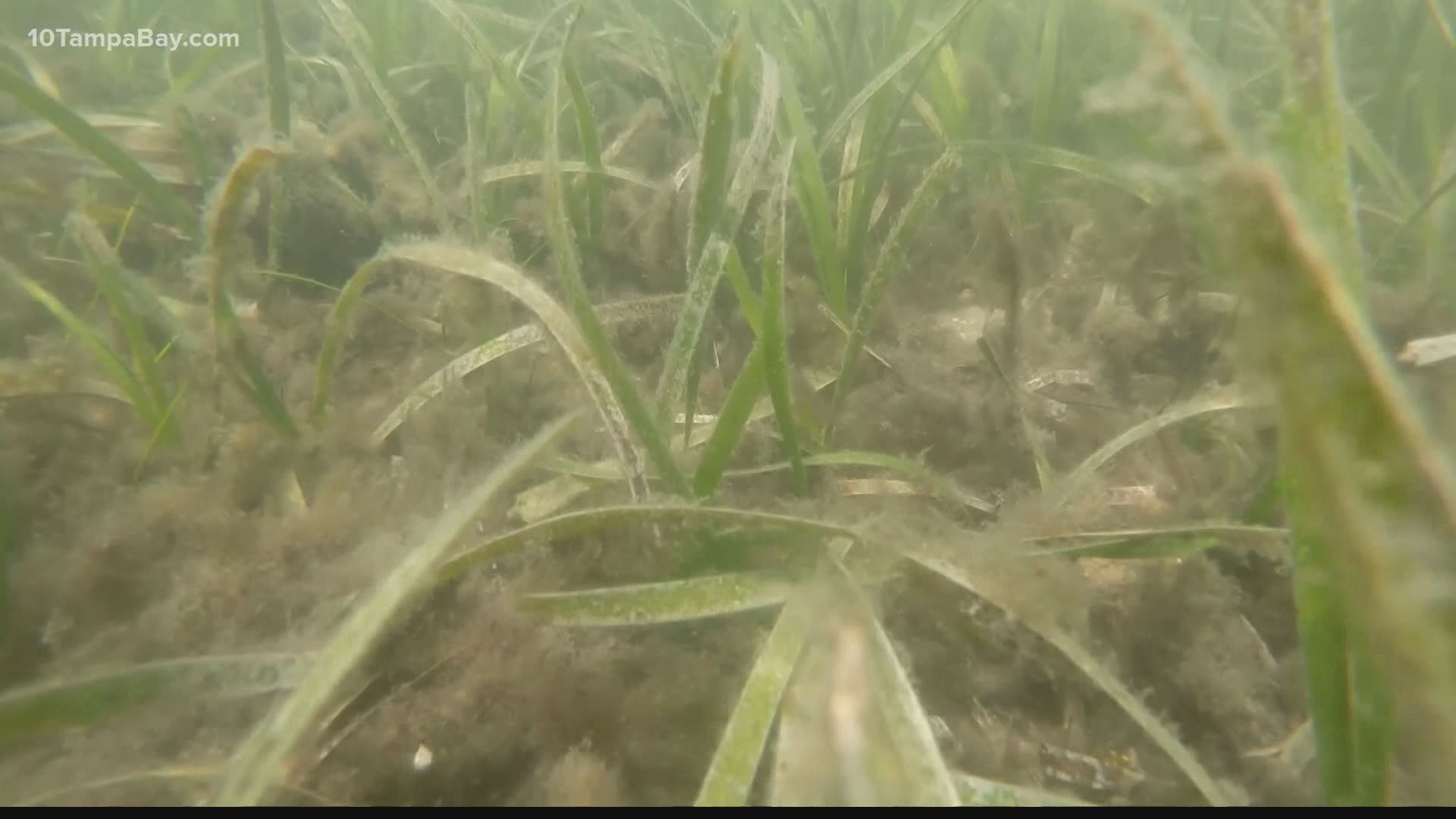 PALMETTO, Fla. — Officials appear to have avoided a "catastrophic" collapse of the leaking Piney Point reservoir by pumping hundreds of millions of gallons of nutrient-rich wastewater into Tampa Bay.

Now scientists and environmentalists are closely watching to determine what kind of environmental impact that discharge will have on sea life in the Bay.

Samples are being taken regularly from areas across Tampa Bay and near where the wastewater was being pumped into Port Manatee to give officials a baseline for comparison. Those sampling results are being updated regularly by the Florida Department of Environmental Protection on this website.

FDEP is collaborating with Manatee, Hillsborough and Pinellas counties, and the Tampa Bay Estuary Program to collect the samples from 11 different locations daily, monitoring for salinity, nutrient levels, radionuclides and other variables, according to the site.

Mark Luther, director of the USF Center for Maritime and Port Studies, explained the significance of some of the measures being tracked.

Salinity, he said, shows how much freshwater is entering the bay—the fresher the water, the lower the number.

"The reason that matters is because if it's that much fresher than the Bay water that means it's going to float on the top and that's going to affect the way the tides, and currents and winds move it around in the Bay,” he said. “If it were heavier it would mix throughout."

At the point of discharge, Luther noted, the salinity in the water was 4.82. Comparatively, a point further out in the Bay had a salinity reading of 32.

Similarly, pH levels—the acidity of the water—at the point of discharge were abnormal when compared to other points further out in the bay.

Measuring the level of nutrients like ammonia and nitrates—the main fuels for algae in water—will take more time to process because they require additional lab work and analysis, Luther said, which is why they weren't included in much of the initial data posted on Tuesday.

Chlorophyll levels are another important measure to watch, Luther said, because it tells you how much algae is already in the water.

What’s coming out of the discharge is nearly 100 percent higher, he said, than levels we see in the Bay even during peak rainy season when there is heavy fertilizer runoff.

“That's because there's so much nitrogen in that pond water,” Luther explained. “That's why if you've seen any of the video spewing out of the pipe it's that bright green color—it’s chlorophyll."

The state says water quality results from Port Manatee, located where the controlled discharges are being directed, show that dissolved oxygen, salinity and pH levels are meeting water quality standards.

While initial readings are what he expected, the question is whether this wastewater will drift out and spread into the open Bay. That, he said, will depend on tides, winds, currents and time.

“It’s not good but it’s not a total disaster either, so far the effects seem to be very localized to just the area right around Port Manatee," Luther said.

"That could certainly change as they continue pumping more and more of this wastewater out of the stack."