Pumping of wastewater from Piney Point put on pause 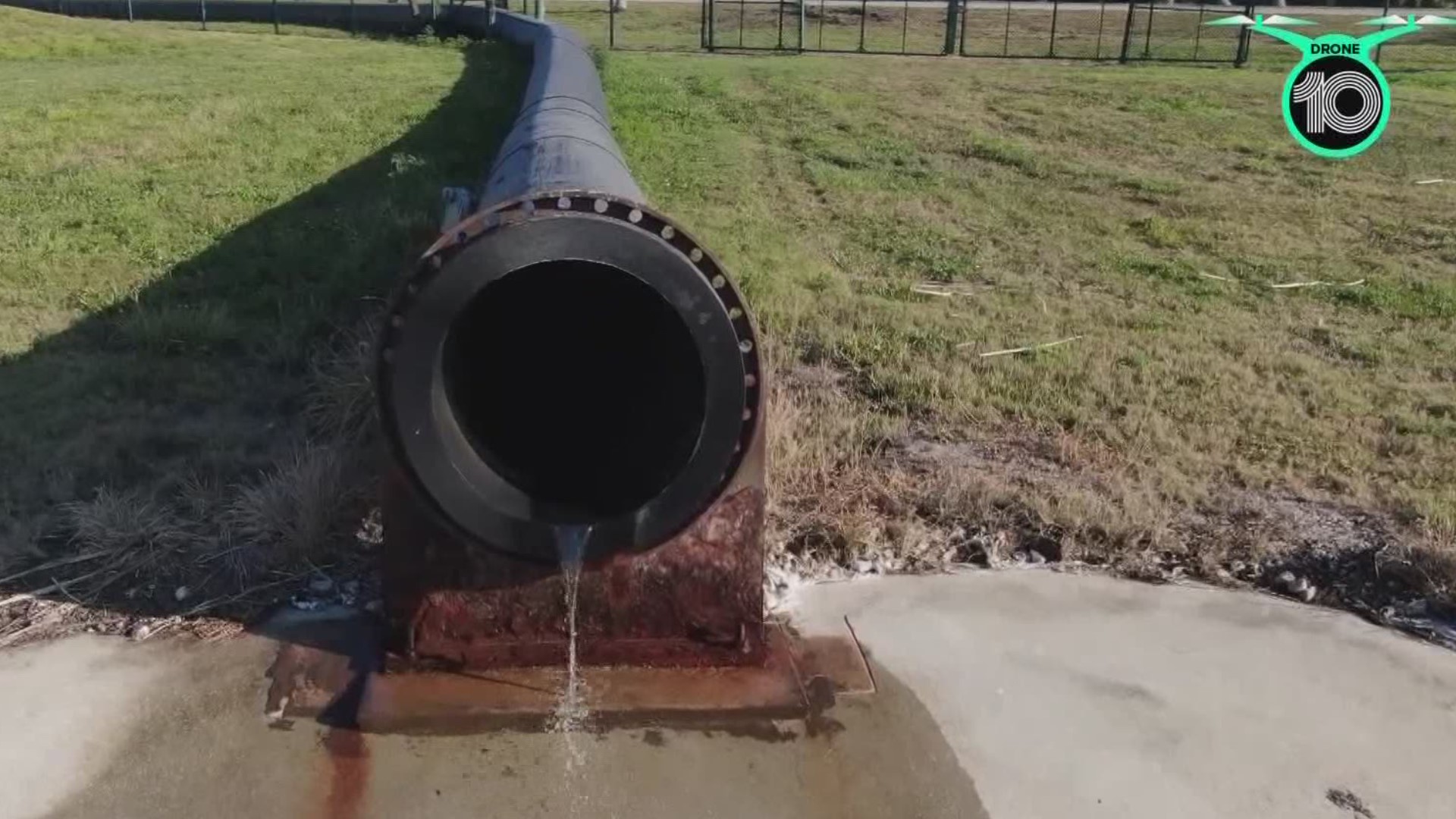 MANATEE COUNTY, Fla. — For the first morning in over a week, wastewater from the Piney Point phosphate site in Manatee County has stopped gushing into Tampa Bay.

Crews were able to shut off the flow Thursday afternoon after engineers determined enough water had been removed to stabilize the situation.

Crews had been desperately pumping that water out at a rate of around 38 million gallons a day after learning the massive south holding reservoir at the decommissioned phosphate mine was in imminent danger of collapse.

By 4 p.m. Thursday only a small trickle was coming out of the pipe that previously had been gushing with green foamy water just a few hours earlier.   The state says they are releasing less than 5 million gallons a day of wastewater into Tampa Bay.

Crews on scene were also able to address the other big issue-- the breach in the east wall which opened up over the weekend and triggered all the evacuations and concern of a collapse.

A series of drones brought in by FDEP to monitor real-time conditions captured the round-the-clock effort to use remote submersibles to help find and repair a leak in the liner at the bottom of the reservoir.

The teams worked day and night, eventually discovering one of the seams had ripped open. They’ve since been able to get that patched back together underwater and for the most part, stop the leak.

While all of this is positive news, the reservoir is still about half-full with around 223-million gallons remaining.

The plan now is to try to treat the remaining water to reduce the high levels of ammonia and nitrogen before any future releases of the water back out into the Bay in hopes to "minimize possible ecological impacts such as algal blooms."

There is also a huge concern about the 215 million gallons of untreated water that was already released into the Bay.

DEP reports daily water samples are being taken from multiple locations around the port and out into Tampa Bay as everyone now watches and waits for any negative impacts, possible fish kills, algae blooms, or even worsening red tide.

At thus time the DEP says no fish kills have been reported in the area.