Impact of Piney Point wastewater spill may be less critical than feared, but more data is needed

What’s not yet known is the impact from heavy metals and other radiological elements that also made their way into Tampa Bay. 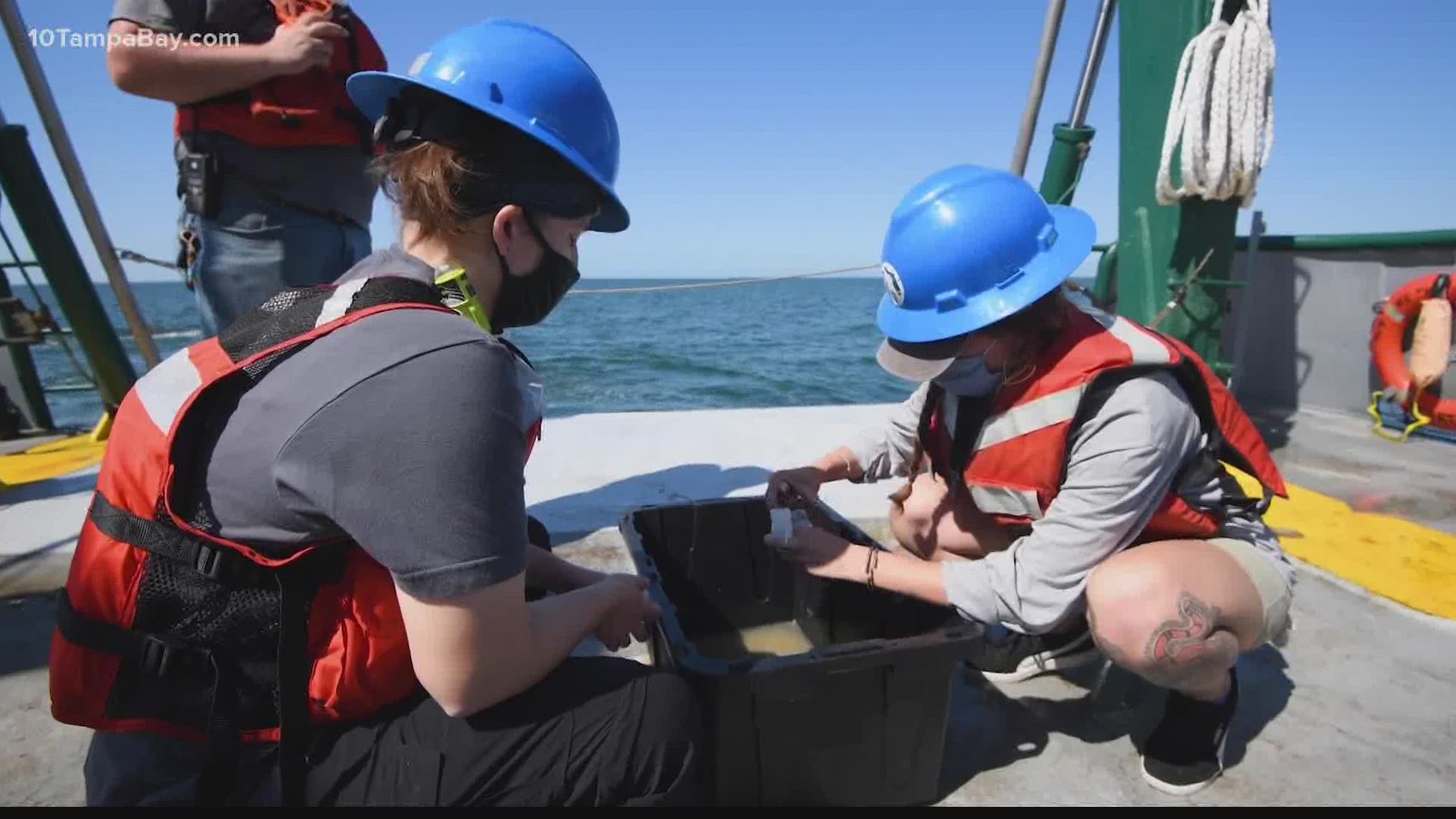 SAINT PETERSBURG, Fla. — We’re hearing from USF scientists who’ve been out on the water for more than a month now studying the environmental impact from that massive wastewater leak at the former Piney Point phosphate plant in Manatee County.

The first cruise launched on April 7, 2021. The teams have launched a total of five cruises so far, with more scheduled for later in May and into June.

USF marine scientists, who’ve spent the past seven weeks collecting and analyzing samples, say the nutrient-rich discharge from an emergency breach from the Piney Point phosphate plant appears to have dissipated before doing any major damage.

“Concentrations of chlorophyll, which is a proxy for phytoplankton abundance were fairly localized and short-lived,” said Tom Frazer, dean of the USF School of Marine Science.

Data maps shows the difference, concentrations of yellow and red near the point of the spill in early April. Now, they’re far more widespread and diluted.

“You can see it all over the place in May 20, but in concentrations reduced by at least a factor of 1,000. So, even though it looks like it’s all over, which it is, the track concentrations are greatly reduced simply by dilution,” said physical oceanographer Bob Weisberg.

The excess nitrates and phosphorus don’t appear to have damaged sea grasses, at least so far.

Fish samples have come back safe for consumption and don’t appear to have lesions or discoloration.

Even fears of a red tide bloom don’t seem to have panned out.

“I don’t think we’re in a position to attribute any increase in red tide to the discharge from Piney Point,” said Frazer.

In short, the immediate impact from the spill seems to have been less critical and many had feared.

What’s not yet known is the impact from heavy metals and other radiological elements that also made their way into Tampa Bay.

“Those samples take months to analyze,” said USF oceanographer Kristen Buck. “So, it’ll be a while before we actually get the metal data back.”

“We shouldn’t be walking away from this yet,” said biological oceanographer Steve Murawski. “We need to keep some vigilance in monitoring.”

Scientists have been analyzing levels like pH, carbon, bacteria, trace metals, fish health. The team says some of those test results could take weeks or even months.

USF has also been collecting samples for partners from the Fish and Wildlife Research Institute, Eckerd College and Florida State University, so more research can go toward supporting the state's efforts to address the environmental impacts of the breach.

In late April, crews were able to patch and seal the leak at the former phosphate plant, but the Florida Department of Environmental Protection's attention has since turned to the impacts.

DEP said water samples from various locations around the previous discharge site, Port Manatee and out into Tampa Bay will continue daily with the results posted online.

The agency says it will continue to monitor any future environmental impacts.