The GBT Babies wrote a song about bullying after experiencing it in school. 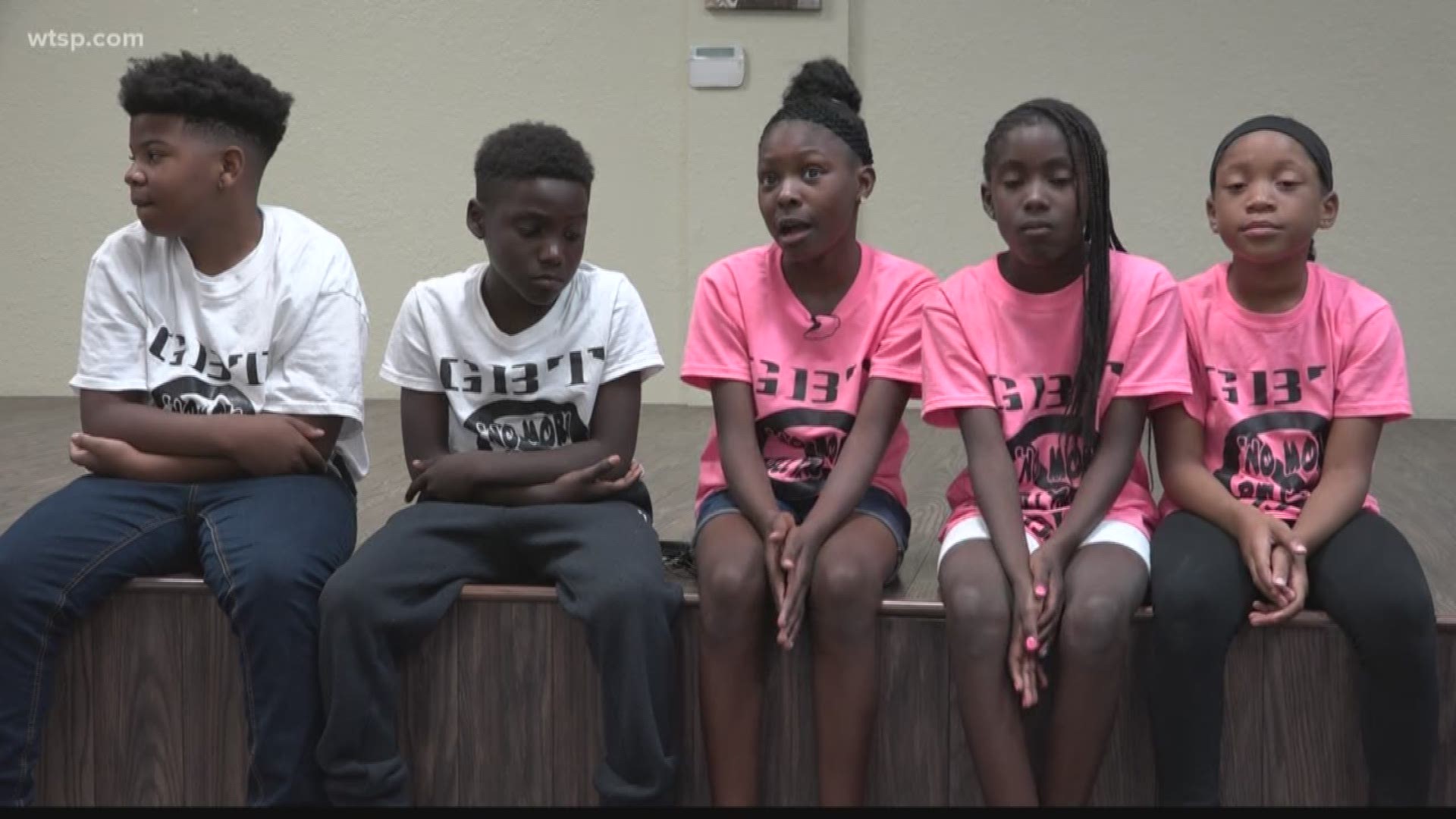 “One song and the phones was ringing,” he radio veteran said. “One lady sent $100 from Minnesota.”

Maltsby, who is blind, has been hosting community radio shows for decades. On his Black Power 93.6 FM show, which airs three days per week, he played a song called "No More Bullies." It was written by a St. Petersburg family.

The message: Bullying has to stop.

“Most of the time I just tell the teacher,” said Aprincea Walls, a fifth-grade student at Maximo Elementary School. “People will kill (themselves) if they are bullied because they feel alone and sad.”

The family formed the musical group GBT Babies in April 2018 and have already written six songs. The idea for the song to address bullying began in August because bullying is something the students see daily at school, the park and playgrounds. It makes the siblings and cousins, ages 8-12, irritated at their peers.

It started as a way to vent frustration and expose the bullying epidemic. Don Dunn created the beat. The kids helped write the lyrics. They recorded it at a studio on 9th Street in St. Petersburg. In just a few months, they had a finished product.

The words hit home with a lot of people.

“I think a lot of kids are depressed because of bullying,” said Dunn, a man with a generous smile as large as his lengthy beard. “We are trying to get that message out to say that, ‘Hey, bullying is lame. Do not bully.' I feel like we have a nice platform to share that message.”

The singers, a group of five performed their song again at a St. Petersburg event center Thursday night. Cameras and smartphones recorded the kid’s dance moves and excited faces. Zy’cariyah Williams, who will turn nine soon, shouted out her lines.

“It ain’t cool you go to school to follow rules,

and do your homework and don’t be acting like no fool.”

Matlsby sat quietly in a chair just taking in the sounds. He couldn’t see the kids on the stage but grinned along to their message. Bullying needs to stop: The message dripped from every stanza.

“This is a great, great song,” Maltsby said. “At such a young age, they’re connecting with their peers and I love that.”

The GBT Babies have also written songs titled, "Florida Rockin," "Don’t Step On My Shoes," "Party, Why U Mad?" and "Lit Right Now." You can see music videos on their YouTube page and GoFundMe.