$10,000 worth of puppies and goods stolen from local pet store

Pet World in Auburndale was burglarized twice this weekend after hours. 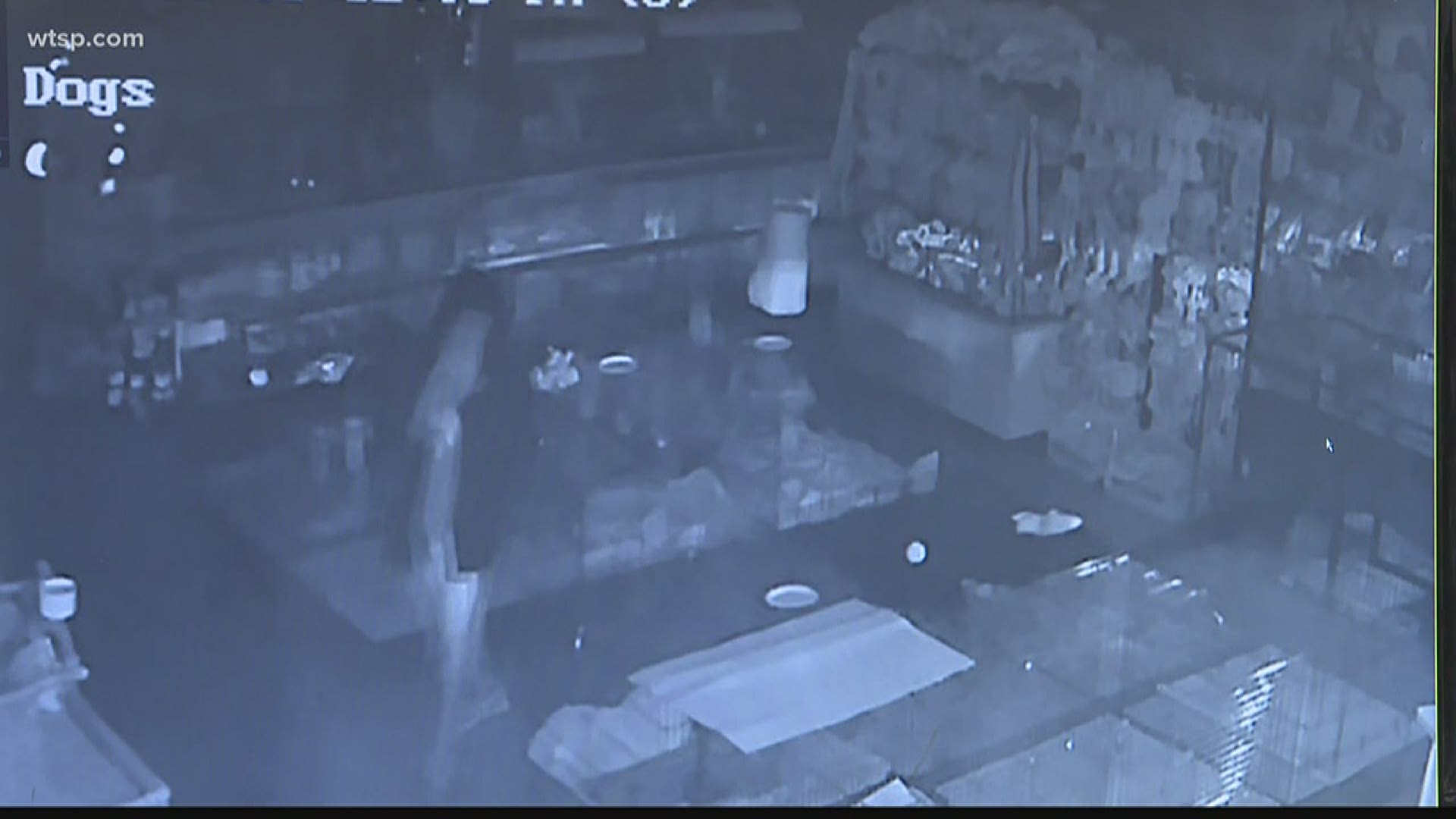 AUBURNDALE, Fla. — After waiting weeks, several customers of Pet World in Auburndale thought they were going to pick up their new puppy Sunday. They learned early in the day, that it won't happen.

That's because someone broke into the pet shop not once, but twice this weekend and stole money and several animals.

"Saturday morning when we came in we noticed that one of the pomchis, cream colored pomchi girl was missing," said Shelly Johnson, an employee at Pet World.

The Friday night break-in resulted in one eight-week old puppy being stolen along with money from the register.

The police were called on Saturday morning, and employees at the store hoped the worst was behind them.

But someone broke in again, this time taking five more puppies, as well as a ball python, a reptile terrarium, and more cash.

“Obviously they intentionally came back the second time to get those dogs," said Johnson. After reviewing surveillance footage from Friday night, "He had the pomchi in his hand that he had already stolen and was crouched down looking at the other poodles in the pin. But they didn’t take them at that time. But they came back last night and obviously took care of the job and got them.”

All of the stolen animals and items come out to around $10,000. But more was stolen from the store than the intruders may have realized.

"All three of those toy poodles were already sold and were supposed to be going to their loving, forever homes this morning. So I had to crush three families hearts and let them know that they will not have a puppy to bring home today," said Johnson. Most of the families had been waiting weeks for the dogs to be old enough, have all of their required shots, and be healthy enough to leave one another.

The news was devastating, and now, employees worry about what state these puppies could be in.

“Having them being stolen is probably very stressful to them. Being taken away from an environment that they are used to and people they are used to. And now they are with strangers who are doing who knows what to them," said Sara Ruiz, the store manager for Our Pet World, the second location.

Each puppy that was stolen weighs less than three pounds. As a result, their health is at risk. Employees are hoping for the best, but fearing for the worst.

“Puppies like this, if they’re not fed properly, or given enough fluids, they can get hypoglycemic. They can get very sick. And they can die easily," said Ruiz.

Pet World says that the families who were supposed to pick up their puppies today will get full refunds. Their hope is that the dogs are found and can be reunited with their rightful owners.