Kathy Biddle started at CHS in January 1979. Now generations of students are letting her know how much they think of her. 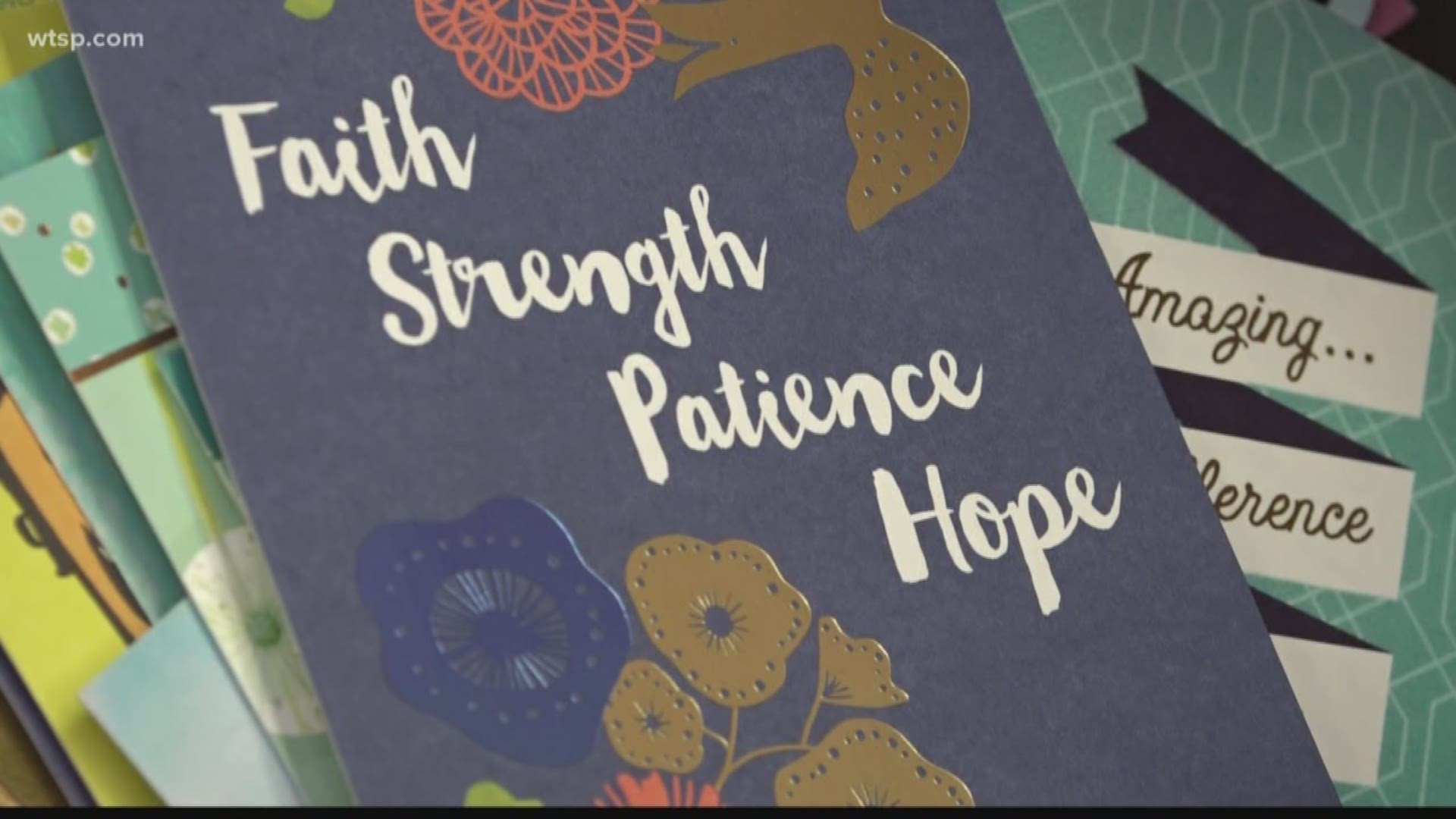 Kathy Biddle’s office at Clearwater High School is a colorful collage of senior photos and athletic ribbons. The walls are covered with photos of past students.

For four decades, Biddle is still bonding with Clearwater Tornadoes. She herself graduated from the school in 1974. Five years later, after spending the fall semester of 1978 as a substitute teacher, she was hired full-time that next January.

“I’ve never heard a bad thing about her. I’ve only heard positive things,” said current CHS senior Will Wallace. “I came to school here two years ago. and the first name I heard here was Mrs. Biddle.”

Her tenure has spanned eras and included multiple generations of students within families. Biddle has taught everything from history to sociology.

“She had an impact on everybody who went to Clearwater High School,” Kristi Smith said Tuesday from the CHS auditorium stage. She graduated in 2001 and now teaches PE classes at Clearwater.

“She’s like a second mom to me,” said Rice. “She’s home. She’s comfortable. She’s Wonder Woman to so many of us.”

“I used to take her class not because of the subject, but the teacher,” she added. “I didn’t care about the subject. I wanted her as a teacher.”

Biddle’s comforting style and upbeat personality are traits that have helped endear her to so many throughout her 40 years at Clearwater. Both have been tested the past three months.

Biddle was diagnosed with Stage 4 breast cancer on Oct. 29.

“I think it crushed everyone,” said Wallace. “We had a day at school where we all wore pink. I’ve never seen so much support from a student body than I have when everyone found out.”

On the floor of her office, the one lined with photos of smiling faces, are cards of encouragement from kids who have long since left the halls of CHS behind.

“Here’s one from a former student,” she said, holding a card from 2004 graduate Rob Benedict.

“I feel very loved here. More than you’ll ever know.”

She reads through the notes and cards once per week -- usually, with tears in her eyes. The basket is lined with a pink ribbon – the color universally recognized for breast cancer awareness.

It seems anyone connected to Clearwater is aware of the fight Biddle is facing.

“I can remember as a student having her,” said Clearwater principal Keith Mastorides. "What a great role model."

Mastorides graduated in 1987. He thumbed through a few old yearbooks on Tuesday to reflect on Biddle then and now.

A few miles away from campus, Kim Bender chuckled when asked about her former teacher.

“I graduated in 1986,” said Bender, who runs a chiropractic office, and whose children recently graduated from Clearwater as well. “(She’s) the jewel of Clearwater High School.”

Biddle’s cancer diagnosis has rekindled high school relationships for Madison Hauenstein, who graduated in 2004. She has chatted with old friends about Biddle’s health challenges and reminisced about the "good old days."

“She’s part of so many people’s Clearwater High School memories,” she said. “It wouldn’t be the same without her.”

Hauenstein’s co-worker, Morgan Snyder, class of 2013, agreed. Both returned to campus on Tuesday to visit their former teacher.

“To see somebody who you thought is the strongest person you know dealing with a health issue, it’s sad to hear,” said Snyder. “But, it really has brought our class together.”

Biddle is especially loved by past and current athletes. She has served as the athletic director at CHS for years. Newspaper clippings of past basketball and football successes are taped to her office door and pinned to the bulletin boards.

It’s hard to find a face without a grin.

“I think the city of Clearwater and the county and the community are indebted to Mrs. Biddle,” said Pinellas County Schools Superintendent Michael Grego.

Grego coached cross country against Biddle’s Tornadoes years ago while working in Hillsborough County. Mastorides tells stories of Grego’s dedication to Biddle, how he’d step away from conversations with “dignitaries” to greet Biddle whenever she walked in the room.

“Forty years. That’s a long time,” said Grego. “Think about the multiplier of that. It’s tens of thousands of students.”

It seems everyone agrees that Biddle is special.

“She can connect with any kid. It doesn’t matter who it is,” said Mastorides. “She finds a way to connect with the kids and really bring out the best in them. It’s amazing to see that. The love that she’s given for others is coming back and it’s coming back tenfold.”

Biddle has been taking cancer-fighting drugs in pill form. She credits working at the school through these last three months for having early success with treatments. Her doctors are optimistic.

Her office has become a special place for her. She's surrounded by all those smiling faces. Each one comes with a memory.

The only problem? It’s hard to get much work done these days with all the frequent student visits to her office.

She gladly puts work aside each time there is a knock on her door. She's not the type of teacher who would turn down a hug.

“I’m a very lucky lady to have been able to stay here so long," she said with a smile.