The defense presents a massive Bible as evidence in court. Jonchuck's lawyers say he had the Bible with him the night of the crime. 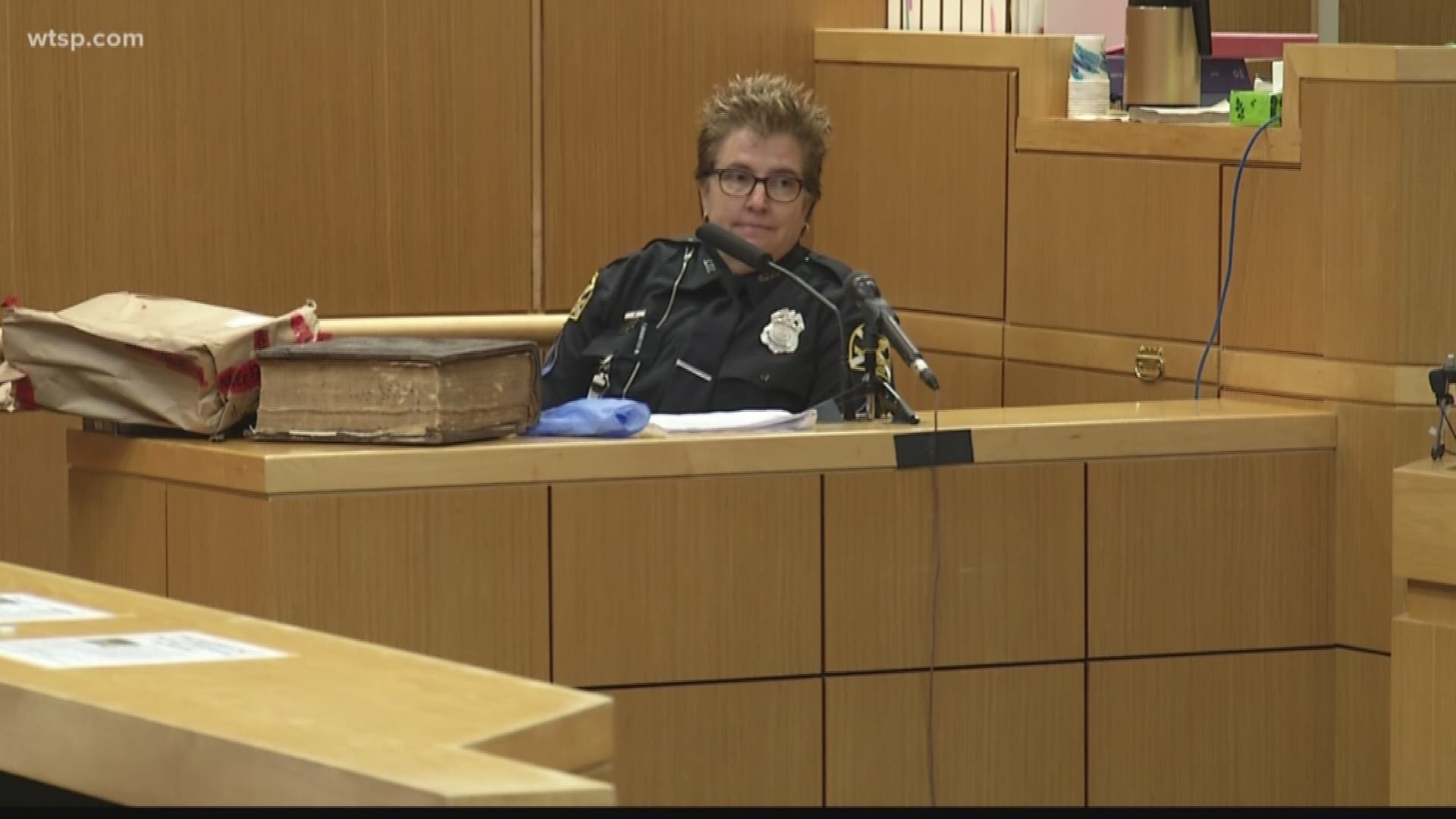 Jonchuck is accused of killing his 5-year-old daughter in 2015 when he threw her off a St. Petersburg bridge.

The prosecution called several witnesses to the stand Tuesday, all law enforcement.

Late Tuesday, the prosecution put Michele Jonchuck, John’s mother, on the stand. She wiped tears before answering questions. When asked about her relationship to Phoebe Jonchuck, she called her, "my granddaughter, my princess angel."

Surprisingly, the prosecution had very few questions for Michele Jonchuck, most regarding whether or not Phoebe could swim.

During testimony, Michele Jonchuck said, “She liked to go swimming but she wanted you to hold on to her and she wouldn't go without floaties or anything.”

John Jonchuck had his head in his hands while his mother took the stand.

More of the trial:

During cross-examination, the defense asked St. Petersburg Police Officer Julie Bryan to open an evidence bag holding a massive Bible. Bryan recalls removing the bible from Jonchuck's car the night of the crime.

The defense says Jonchuck carried a massive Swedish Bible around with him in the days leading up to Phoebe’s murder.

Jonchuck's lawyers argue he was insane and not aware of what he did when he threw his daughter off the bridge.

Later Tuesday, the state presented the jury with 2015 video of Jonchuck in the interrogation room after his arrest. For an extended time, the jury watched video of Jonchuck sitting at a table. He was silent most of the time, only sporadically asking a detective if he could use the restroom or bring him his Bible.

At one point, Jonchuck asked:

The detective responded, "Phoebe, who's that?"

Jonchuck put his head down for about a minute and later answered, "Phoebe was my daughter. Phoebe Jade Jonchuck. Is she ok?"

That exchange between Jonchuck and Detective Gerrod Huff was referred to in opening statements Monday by both the prosecution and the defense.