3 Tampa bars will temporarily shut down due to mask violations 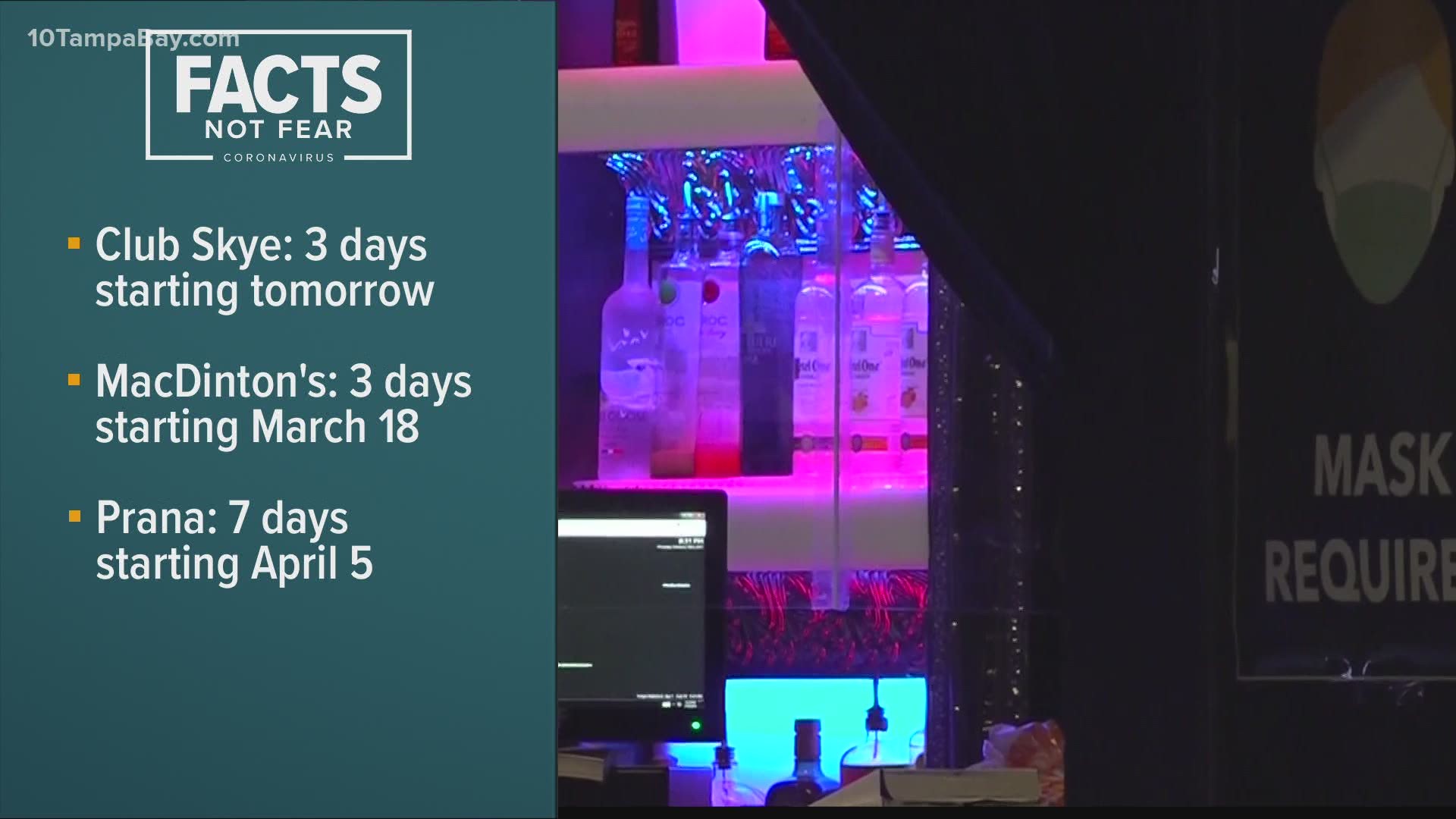 TAMPA, Fla. — Some Tampa bars will have to temporarily shut down after being cited for people not wearing masks. A special meeting of the Tampa City Council was held Monday to determine the punishment.

MacDinton's and Club Sky will have three-day suspensions in March. MacDinton's asked to not get shut down until March 18th with St. Patrick’s Day marking a big night for their business.

Club Sky’s suspension starts March 9. Their attorney says the club’s owners have spent thousands of dollars and made many improvements to air quality and the conditions inside.

Prana will have its alcohol permit suspended for seven days starting April 5. The Chief Assistant City Attorney Cate Wells says this timeline was somewhat conservative given the number of notices and was proposed by Prana’s attorney.

Attorneys for several of the bars say they would like to see more consistency with the suspensions saying it's impossible for the bar management to comply with the ordinance.

Two other establishments, the Ritz and King Corona did not receive a suspension. Wells told City Council the Ritz had a social distancing violation so it was not recommended the club have its alcohol permit suspended.

Council members did approve safety plans for both the Ritz and King Corona.