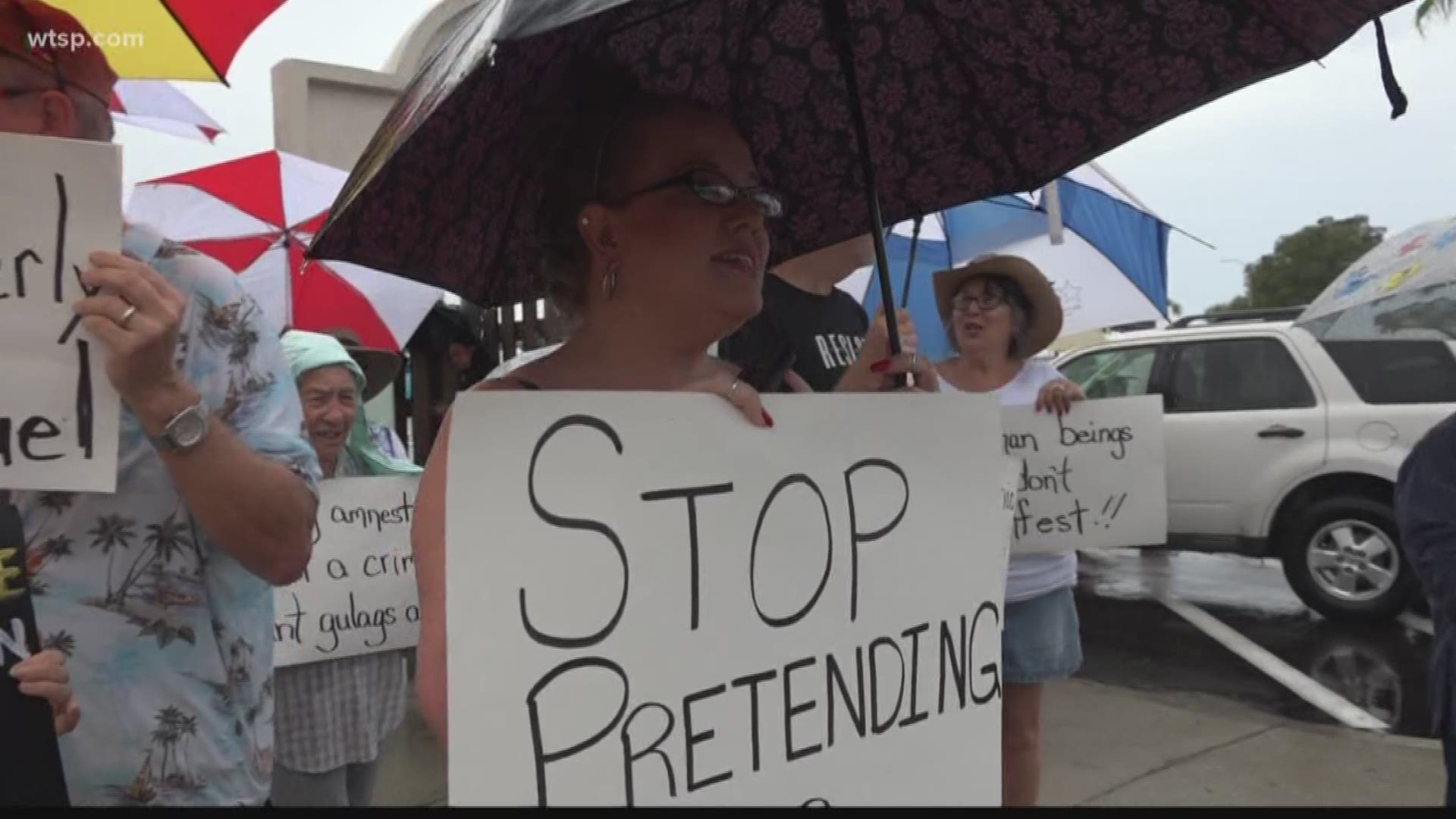 TAMPA -- From California to the nation’s capital, thousands of people gathered across the country to protest immigration policies at the US/Mexico border.

Hundreds showed up in downtown Tampa early Saturday morning, where many immigration organizations spoke on children being separated from their families at the border.

When people come into our Country illegally, we must IMMEDIATELY escort them back out without going through years of legal maneuvering. Our laws are the dumbest anywhere in the world. Republicans want Strong Borders and no Crime. Dems want Open Borders and are weak on Crime!

Mimi Pike and Diane Rodriguez, two retired school teachers, were among the protesters. Both had a powerful message.

They were standing next to a cage with baby dolls inside, which represent the children left in cages at immigration shelters.

“We can't let that go on, we cannot let continue because it's still going on,” says Pike. “Those babies have not been returned.”

Both teachers had former students who came to the U.S. illegally. So once they learned about children being separated at the border from their parents, it became personal.

“It's absolutely appalling to us that this could occur in the U.S.A., where they're treating children in such a horrible way, creating trauma with no necessity,” says Rodriguez.

Across the bay in Gulfport, pouring rain didn't stop protesters from making their voices heard.

“The more we don't stop it now, the worse it’s going to get,” says protester Maria Agosto. “We need to stand up for our democracy and the right kind of freedom. Not the freedom to control and dominate and hurt people.” 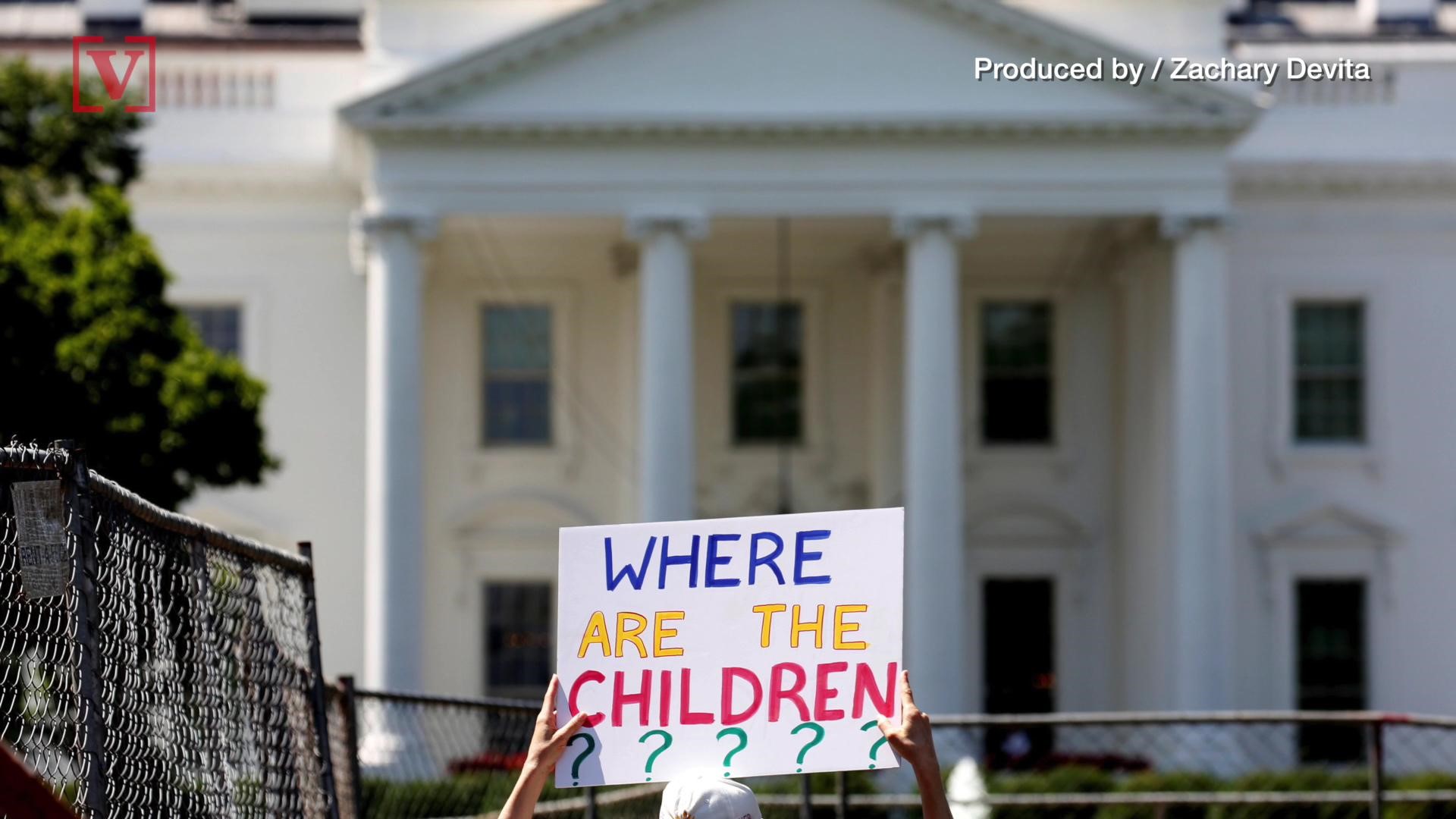 RELATED: Thousands come together as 'Families Belong Together' rallies pop up across the country

While a California judge ordered children to be reunited with parents within 30 days earlier this week, people attending rallies through Tampa Bay feel the damage has already been done.

President Donald Trump responded to the nationwide marches on Twitter.

He wrote in part “When people come into our country illegally, we must immediately escort them back out without going through years of legal maneuvering." 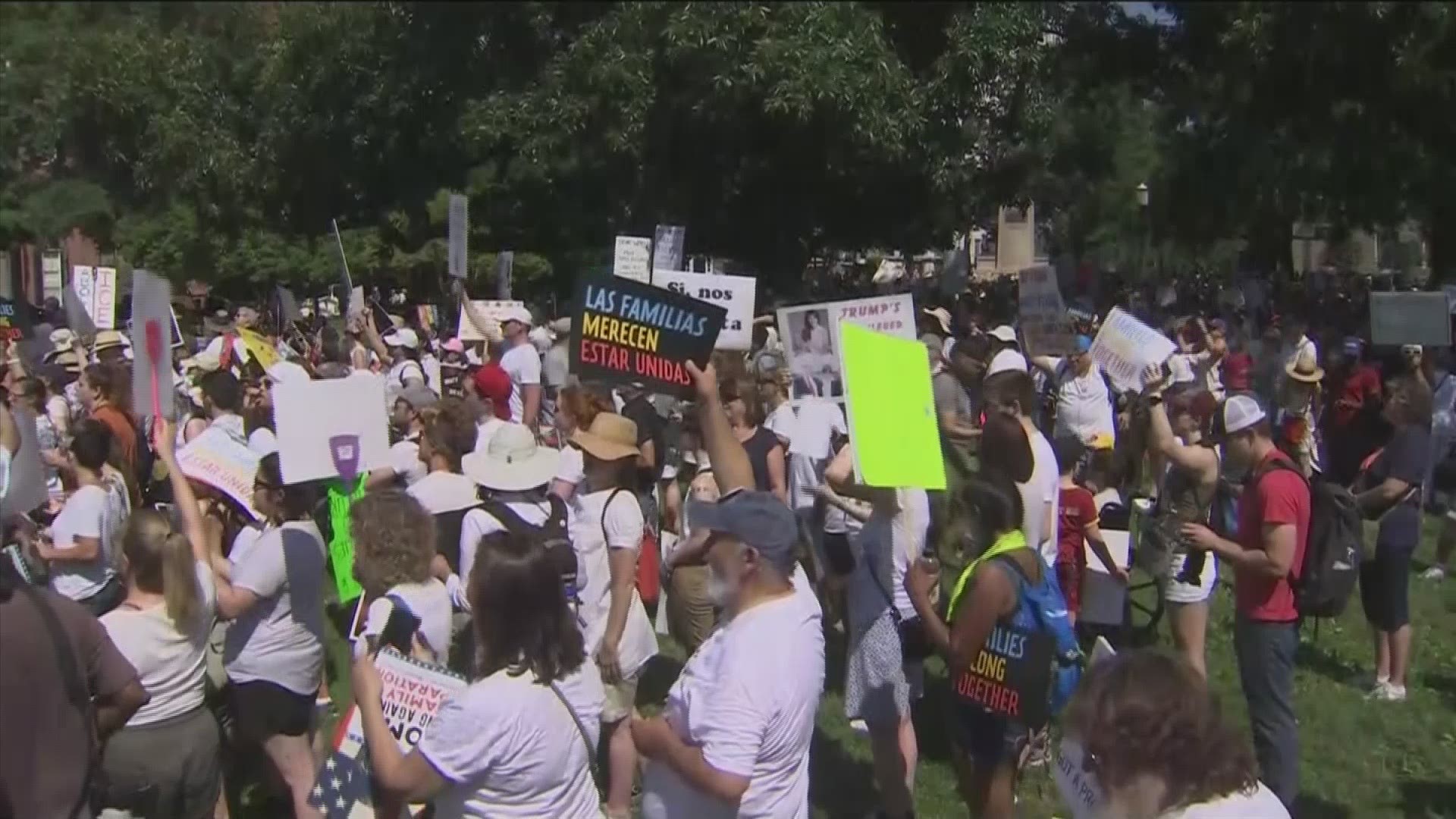 RELATED: "This is not our country": Anti-Trump protesters gather in Washington