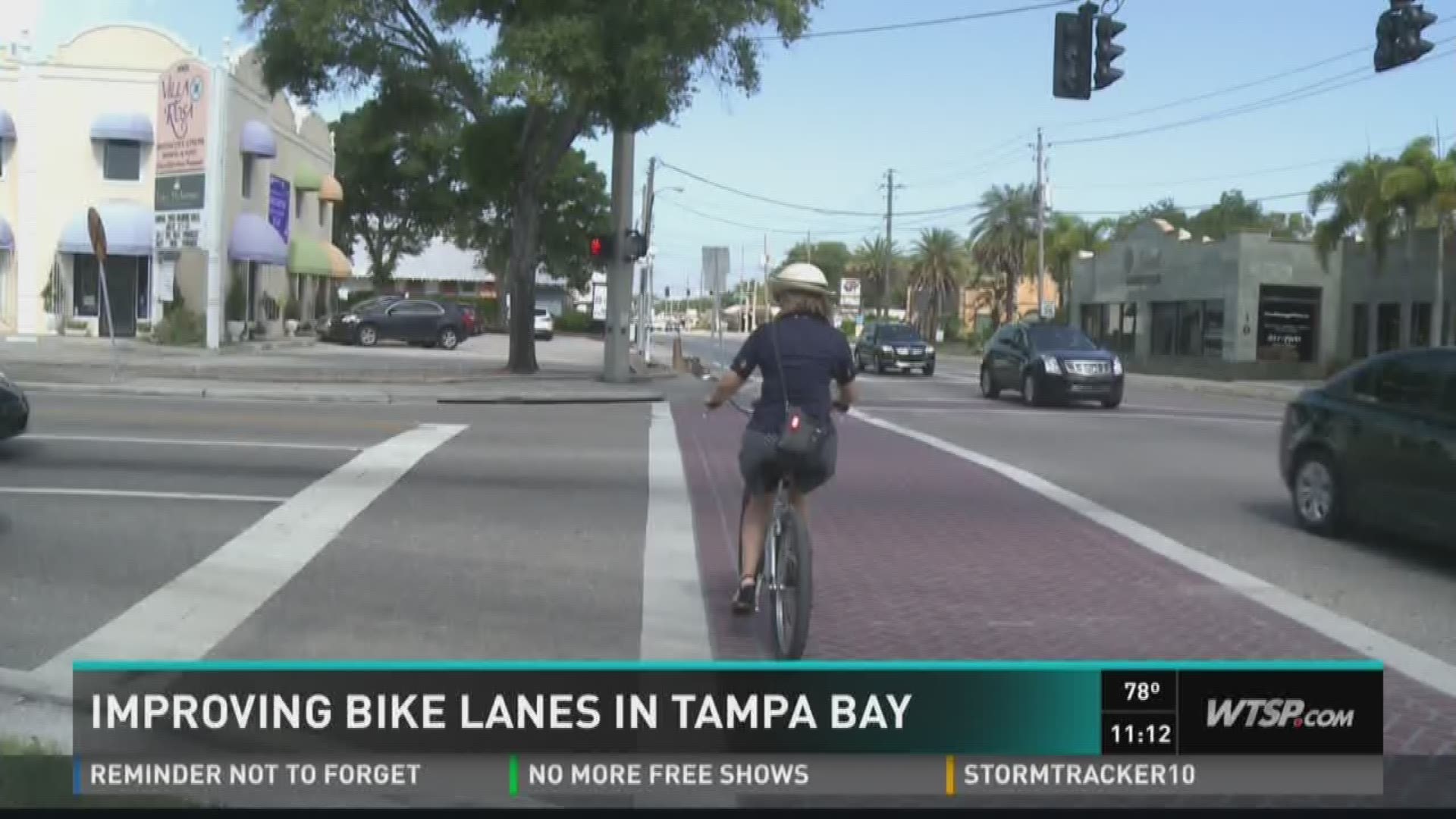 Tampa Bay, FL -- If you think you hear about fatal bicycle crashes often on the news, you are correct. Florida continues to be the deadliest state in the nation for cyclists. Even more, Hillsborough and Pinellas counties are two of the most dangerous counties in our state for cyclists.

10News WTSP has reported on countless stories about bicycle safety. Through our reports, we have found that Tampa Bay is years behind in safe biking infrastructure.

"We need to face reality that we kill and injure bicyclists at a higher rate than many other counties in Florida," said Whit Blanton, director of Forward Pinellas, the county's metropolitan planning organization. Blanton admitted that Pinellas County has the most bicycle deaths out of all urban counties in Florida.

"I think it's a matter of priorities. Funding is tight and the policy board has not made surface street biking as big a priority as other things," said Blanton.

Fortunately, priorities are changing in cities across Tampa Bay and bicycle safety is slowly becoming an important component in our road infrastructure. Many cities like Tampa are working toward complete streets. These are roads designed and operated for all users, including pedestrians, bicyclists, motorists, and transit riders. The city of Tampa has made progress by building its first protected bike lane on Cass Street in downtown. There is also a protected bike lane on 1st Avenue South in downtown St. Petersburg.

"I am filled with fear and anxiety that I'm going to survive my bike ride", said Christine Acosta, director of Walk Bike Tampa, an advocacy group pushing for safer roads for cyclists. Her team works to raise awareness about the problems plaguing local cyclists. Acosta has studied Tampa roads extensively and is vocal about issues affecting cyclists such as poorly marked bike lanes, disappearing sidewalks, high speed limits, and a lack of motorist education.

"We live in a car-centric community. We need trails. We need protected bike lanes. A 4-inch wide strip of paint is not sufficient protection for humans," said Acosta.

Hillsborough County commissioners allocated $8.5 million to make safety improvements to 10 of the worst corridors for cyclists. Here are the first 5 projects on the list for upgrades:

"Through all of our design standards and our programs, we're ensuring that we include consideration of bikes and pedestrians in everything we do," said Bob Campbell, Transportation Program Manager for the Public Works Department in Hillsborough County.

In Sarasota County, the city updated its transportation plan last year to include a bicycle and pedestrian connection plan. The projects under consideration will add bike lanes and complete streets to priority areas like downtown. The proposed connection plan includes:

In Polk County, the Transportation Planning Organization (TPO) has requested $18 million for complete street corridors in the Lakeland area. Along with education and enforcement, Polk County has made engineering a top priority. The city of Lakeland is working on a bicycle facility implementation program which includes:

In Pinellas County, the focus has been on improving East Bay Drive, State Road 60, and Gulf Boulevard.

The goal is to make Tampa Bay a leader in the bicycle community across Florida. With so much attention on bicycle infrastructure right now, Tampa Bay may look much different in years to come.