New signs for Connector traffic merging onto I-4 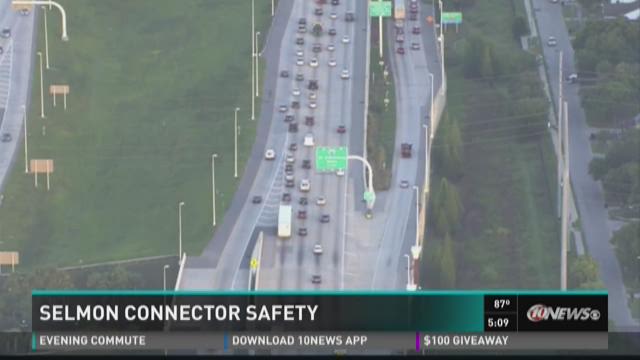 Tampa, FL -- Drivers in Tampa are concerned about a safety issue on the Interstate 4/Selmon Expressway Connector, known locally as The Connector.

The small north/south road allows drivers to easily travel between I-4 and the Selmon Expressway, two of the most traveled east/west routes in the city.

Drivers alerted 10News WTSP of problems with the merge lane when coming from the Connector and traveling onto I-4. This merge lane is on the left side of the highway.

"You leave the connector and are thrust onto I-4 with no lane to make the entrance gradually, or to build up speed. Before 7 a.m. or during the day or night, pray that you do not get killed," wrote Lewis Auerbach in an email to 10News. Lewis is a local physician and travels the Connector daily.

"On my commute I saw a motorcyclist essentially forced off the road ... and boy was he close to becoming roadkill. The merge is poorly marked with no helpful signage or painted instructions on the pavement. In all of my years I have never seen such poor engineering or lack of signage. There are very few entrances from the left onto interstates in my opinion and experience, and when they do occur there are long lanes to travel in before being thrust into this type of dangerous and fast traffic," wrote Auerbach.

I alerted the Florida Department of Transportation about these safety concerns and pushed for solutions. Auerbach must have a valid concern because the department was quick to act.

"We will have our maintenance contractor install merge/arrow messages for the Connector onramp to I-4 westbound," wrote Kris Carson, FDOT spokesperson.

The signs should be installed in the coming weeks.