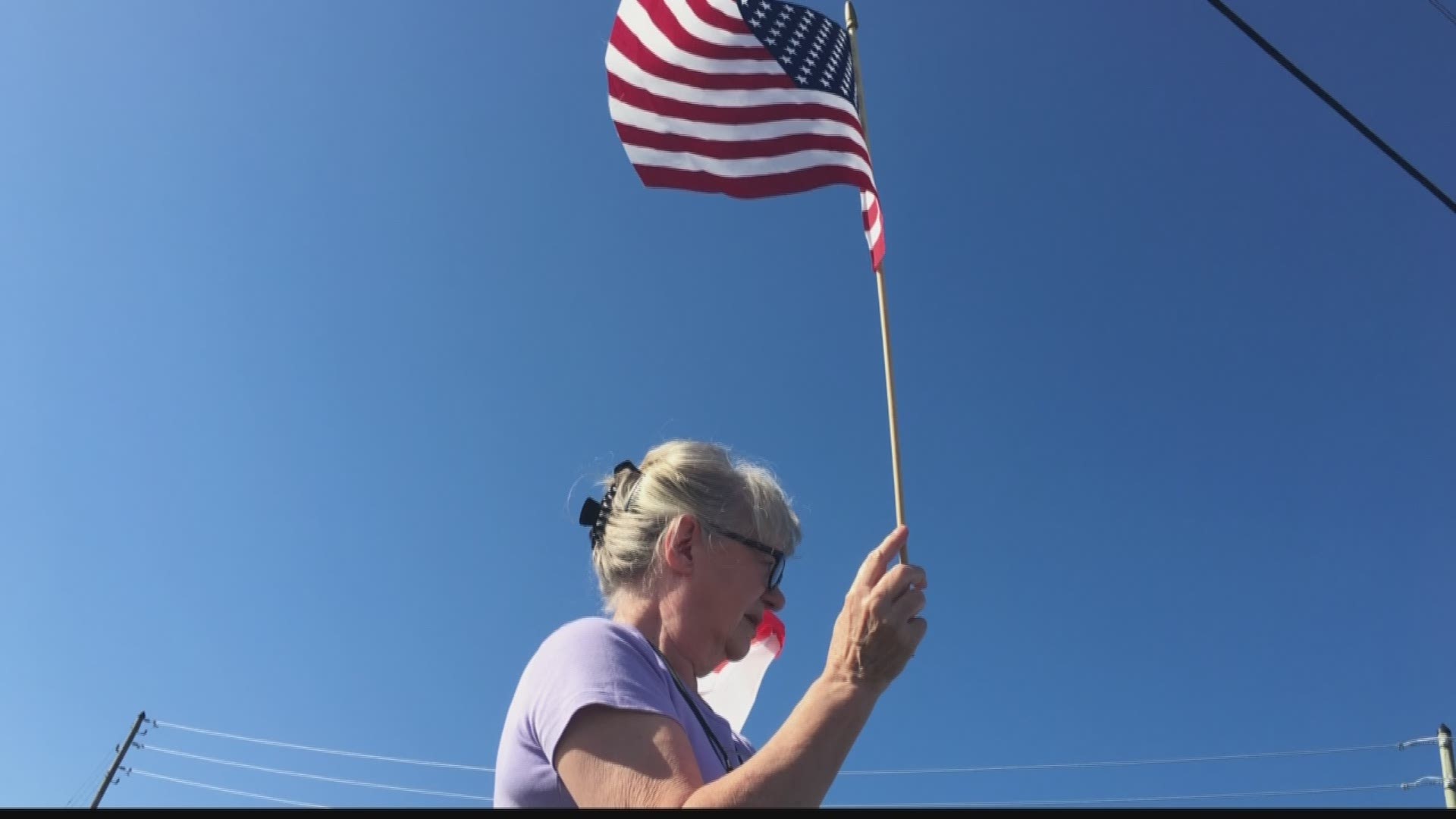 PORT RICHEY, Fla. - It's Presidents' Day, and today marks one month since Donald Trump took the Oath of Office. But some say the president's policies don't reflect their own views. That's why they're taking part in 'Not My President's Day' rallies around the country and right here in the Bay area.

About three dozen anti-Trump supporters gathered at the corner of U.S. 19 and Ridge Road in Port Richey Monday afternoon. Many held signs while others held the American flag. Directly across the street, about half a dozen Trump supporters showed their support for the president.

Carl, a Trump supporter who didn't want to share his last name, said he didn't hold back while confronting the protesters.

"I just went up and told them why don't they move to Canada? He's our president. He was elected. I feel like if they don't like what's going on, go ahead and move."

"I would love to go back to Canada where I met my husband and raised my children because that is a real free country. I think we need to make America free again. I hope people who support us and honk (their car horns) will come here the next time that we gather."

Dan Callahan is anti-Trump too. He says, "We're very concerned that in the short time that he's been in office he's done much more than any president to undermine our American democracy and also our national security. So we're trying to give him credit."

Not my President protest in Port Richey

"My sign is a bit humorous but some of them are a bit more serious as well," Callahan added. He started to laugh as he described it, "It says King Donald will overcomb."

"We have protested against Bush and Obama as well, certain policies. With (Trump) he's been in there, what, 30 days, and it's been a total disaster."

Fahey said, "I think that a lot of them lost hope after the election and I want them to know that we will continue to be here even if it takes four years. We'll be here."

The protests were peaceful, though some drivers honked in support of the protesters, for and against the president. Others took the chance to scream at the protestors.