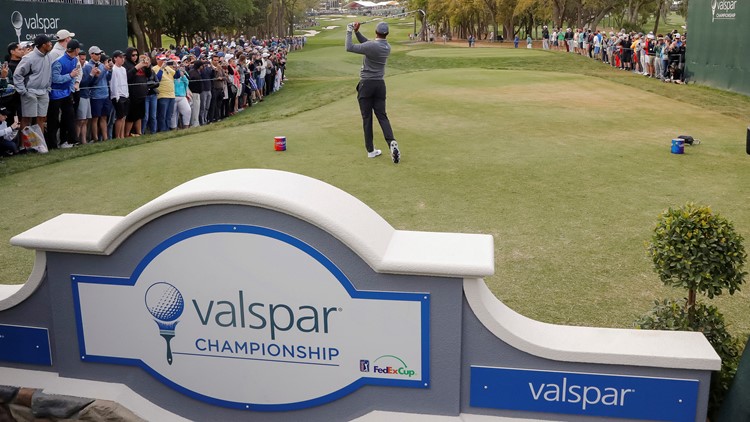 Photo by: AP
Tiger Woods tees off on the 18th hole during the first round of the Valspar Championship golf tournament on March 8, 2018, in Palm Harbor, Florida.

Valspar Championship 2019: How to watch

PALM HARBOR, Fla. — The Valspar Championship is this weekend at Copperhead Course at the Innisbrook Golf Resort in Palm Harbor.

The 18th annual tournament – which has gone by other names in the past – runs from Thursday through Sunday.

The winner of the tournament is set to earn $6.7 million.

Children ages 15 years and younger are free with a ticketed adult.

Parking is available if purchased in advance, but organizers are encouraging attendees to use ride-sharing services like Uber or Lyft to get to the course at 36750 U.S. 19 North in Palm Harbor.

The Golf Channel’s television coverage goes from 2-6 p.m. ET Thursday and Friday, and from 1-3 p.m. ET Saturday and Sunday. NBC will broadcast the rest of Sunday’s coverage from 3-6 p.m. ET.