What's next for sentencing of Derek Chauvin, and what the maximum penalty could be

A jury convicted Chauvin on two murder charges and one manslaughter charge in the killing of George Floyd. Here's what's next and what sentencing could look like. 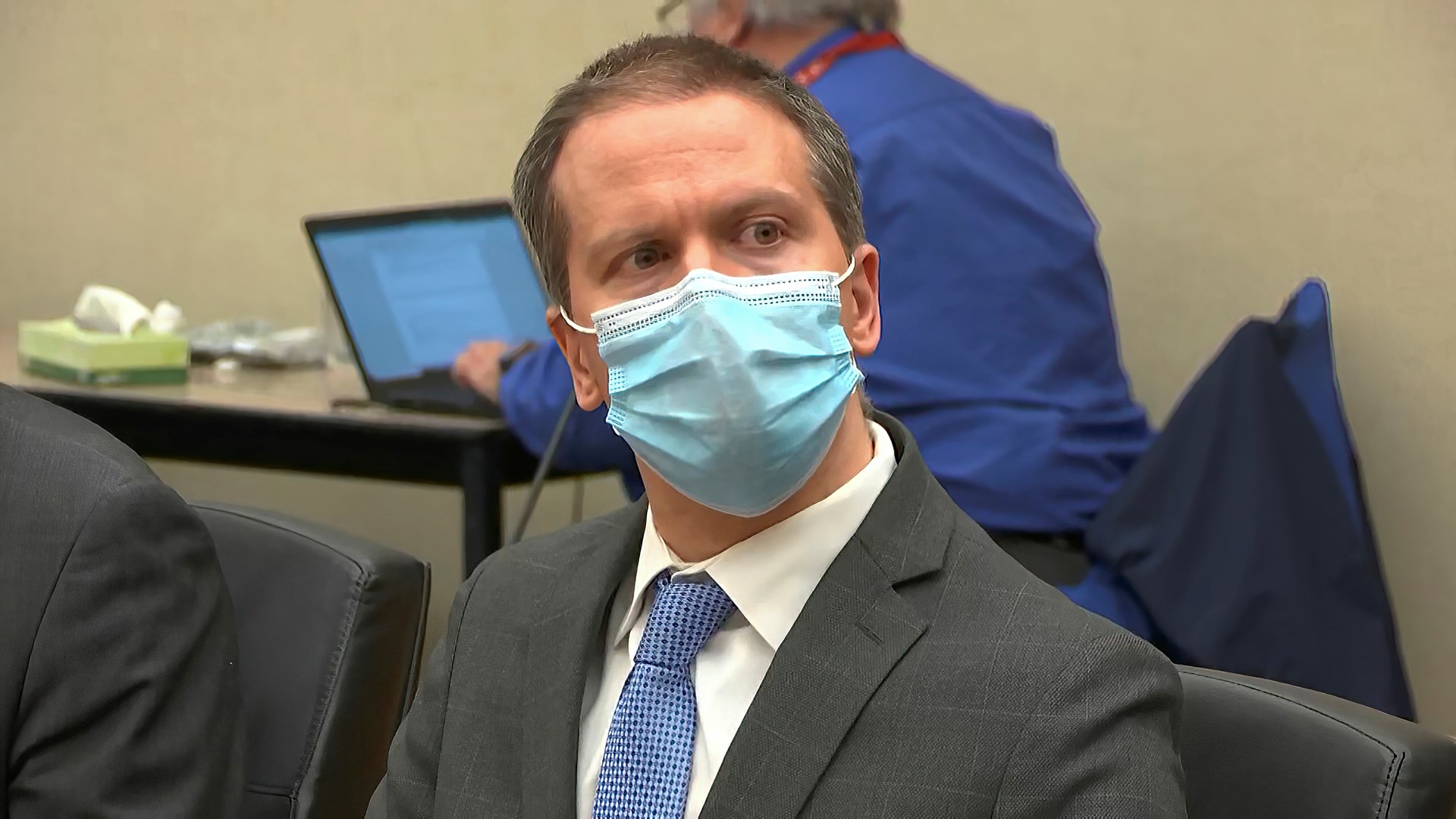 A verdict was reached Tuesday in the Derek Chauvin trial, with the jury convicting the former Minneapolis police officer on all three counts, two charges of murder and one charge of manslaughter, in the death of George Floyd. But as for how much time Chauvin will actually serve, that won't be decided until after a pre-sentencing report. That's not expected for several weeks.

New questions and concerns have arisen about the next steps, with people on social media seeing various numbers on potential sentencing.

What is the maximum sentencing in the Derek Chauvin trial, and who makes the final decision?

The maximum sentence Derek Chauvin faces is 40 years in prison, but state guidelines recommend Chauvin be sentenced to 12.5 years in prison. Judge Peter Cahill will make the final decision on sentencing.

These are the three charges Derek Chauvin was found guilty of and the maximum sentences for each:

In Minnesota, those sentences won’t be stacked together. Chauvin will only serve time for the most severe charge. That’s a distinction that has confused some people watching the trial, according to Rachel Moran, a professor at St. Thomas School of Law.

In Chauvin’s case, the most severe charge is second-degree murder. While the maximum sentence for second-degree murder is 40 years, Minnesota’s sentencing guidelines recommend 12.5 years in prison for someone with no prior convictions, like Chauvin. The recommended range is between 10.5 and 15 years.

The sentencing is up to Judge Peter Cahill. Prosecutors with the state are asking for a longer sentence, known as an "upward sentencing departure" due to "aggravating factors."

It’s rare to have an upward sentencing departure. In 2019, only 1.4% of Minnesota cases ended in an upward departure.

Prosecutors in Chauvin’s case are asking the judge for a longer sentence, citing the following aggravating favors:

Rachel Paulose, a professor at St. Thomas School of Law and a former U.S. attorney, said it's likely Minnesota wants to send a message of the highest possible sentencing, especially because Minnesota doesn't have the death penalty.

“I don't have a sense of exactly how much time they'll request,” Paulose said. “But I think they'll want to send a message to the public and to law enforcement, that this kind of conduct will be met with a strong response from the government."

It’s up to Judge Cahill to decide if the aggravated factors exist, and if he will go above the state-recommended guidelines.

Typically, the jury decides if those aggravating factors exist, and then the judge will consider it during sentencing. In this case, Chauvin waived that right. So, it’s up to Judge Cahill to decide if those factors exist, and if they should lead to a longer sentence than the state-recommended guidelines.

“Judge Cahill does have a fairly wide range of sentencing possibilities available to him,” said Moran.

Paulose said there are two issues a judge would be cognizant of: a statutory maximum and those sentencing guidelines.

"He (Judge Cahill) has the ability to consider both, which means he can consider a sentence anywhere from zero days in prison all the way up to 40 years," she said.

"What is most likely, and what has been typically done in Minnesota state court, is that judges follow the sentencing guidelines, putting aside what the statutory maximum is,” Paulose explained. “And in this case, we know that the guidelines project 12 and a half years for the most serious count.”

Ted Sampsell-Jones, a professor at Mitchell Hamline School of Law, said he expects a sentence longer than the state-recommended guidelines.

"I do think Judge Cahill's going to be very likely to go above the guidelines," Sampsell-Jones said. "I think a sentence of 20 years is what I would expect."

Chauvin is now incarcerated and awaits sentencing in eight weeks.

More from VERIFY: Three Minneapolis officers at scene with Chauvin are charged in Floyd’s death