No, DACA applications aren’t being denied after ruling, but they’re not being approved

More than 50,000 DACA applicants are waiting for their applications to be approved. They’ll have to keep waiting after a judge ruled the program unconstitutional. 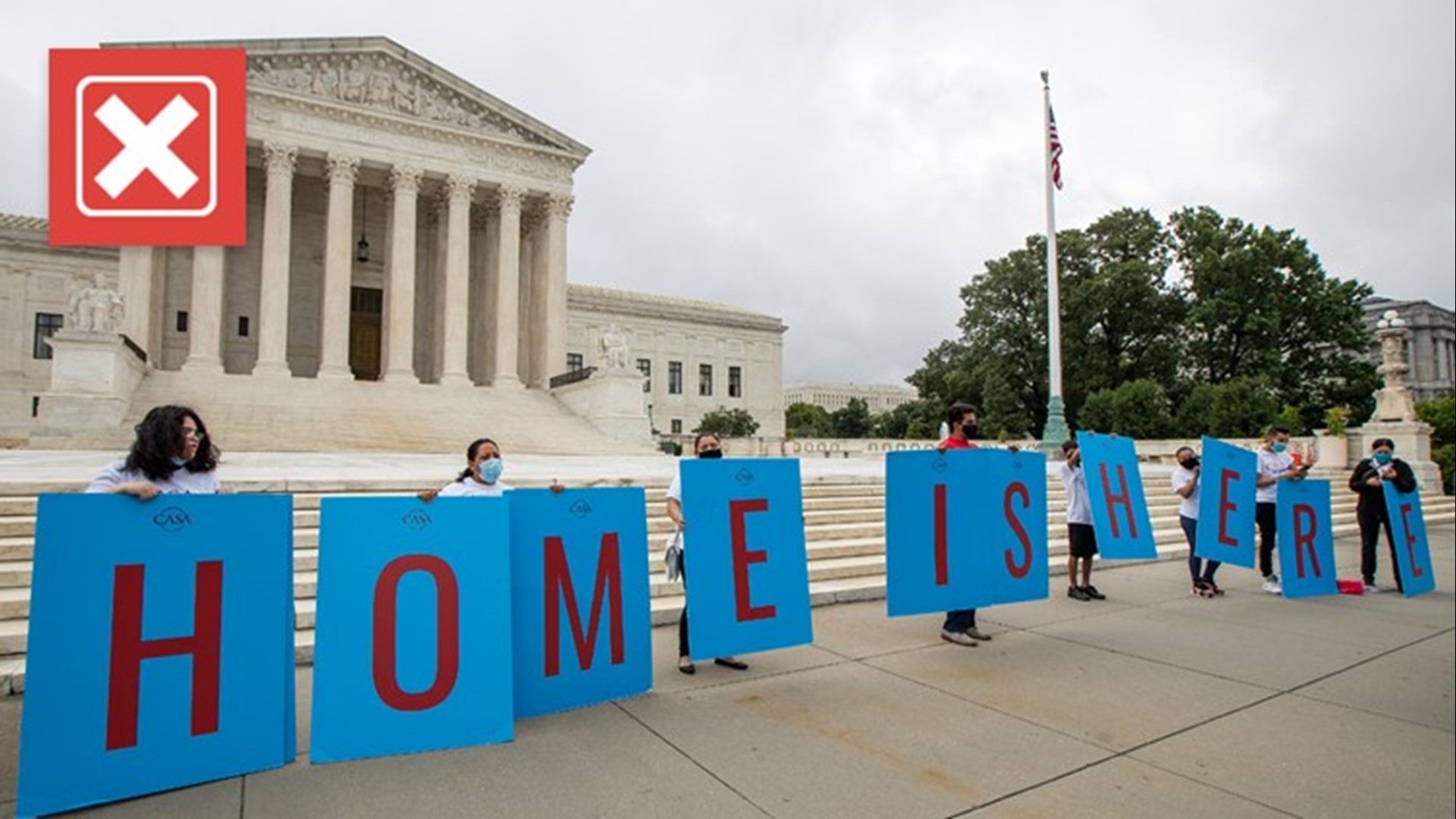 The Deferred Action for Childhood Arrivals (DACA) program created in 2012 by the Obama Administration allows people brought to the United States as children to live in the country without being deported. It also gives some DACA recipients a social security number and the ability to work.

In 2018, Texas joined nine other states to file a lawsuit claiming President Barack Obama exceeded his authority when he created DACA through an executive order. On Friday, July 16, that lawsuit made it to a U.S. district court judge who ruled DACA is unconstitutional, arguing that Obama did not follow the proper guidelines when creating the program.

Now, thousands of young adults who were in the process of applying for DACA are in limbo.

Are DACA applications no longer being accepted because of the new ruling?

It is false that DACA applications are no longer being accepted because of the new ruling. They are being accepted, however, they aren’t being approved right now.

According to the U.S. Citizenship and Immigration Services (USCIS), nearly 915,000 people have applied for DACA status since the program was created in 2012 under President Obama. Nevertheless, a path to citizenship for DACA recipients has been debated for years and still does not exist.

In a 77-page court order, Judge Andrew S. Hanen of the United States District Court in Houston ruled on July 16, 2021, that DACA is illegal. According to the judge’s ruling, the Obama administration did not meet the condition for public comment required by the Administrative Procedure Act when creating DACA. It also states that the Obama administration violated the "Take Care Clause" of the U.S. Constitution when it instituted DACA.

Under the ruling, the Department of Homeland Security (DHS) said in a statement released on July 19, 2021, that the agency “will continue to accept the filing of both initial and renewal DACA requests, as well as accompanying requests for employment authorization.”

However, according to DHS, “pursuant to the July 16, 2021 order from the Southern District of Texas, DHS is prohibited from granting initial DACA requests and accompanying requests for employment authorization.”

DHS said it will continue to grant or deny renewal DACA requests, according to existing policy.

“I think it's incredibly important to note that this decision at this time does not impact current DACA recipients. The judge explicitly said in his order that it was stayed, meaning that it temporarily, at least for the moment, does not apply for folks who have DACA currently, and they can and should continue to renew their DACA status until further notice,” Nick Katz, the legal director of CASA, told VERIFY.

Jose Barrera, the deputy director for California at the League of United Latin American Citizens, tells VERIFY the judge’s ruling puts more than 50,000 applicants currently waiting for approval at continued risk of deportation.

“They are in this like limbo state, where if they get caught by an ICE agent — they could be deported,” said Barrera. “You could also be subjected to losing your job because you don't have a working permit.”

Honduran immigrant Isabel Aguilar says her 19-year-old son Adolfo, who is a student at Loyola University in Maryland on a partial scholarship, was in the final stage of the DACA application process. She tells VERIFY this ruling has stopped him from being able to accept a job offer.

“In January, when he hear about DACA again, he was so excited. He say, ‘Mommy, they told me in August I will receive my permission in September. I can start to work and help you to pay the rest to the school,’” said Aguilar. “I talked with him [and] he feels like, ‘Oh my God, one more time?’ You know, it's like a start again. I know him, and I know he don't lose the motivation, but it's hard because you make plans. You thinking, “Okay, when I have my job permits, then I can work.’ [As] a mother, I really feel frustrated.”

Alejandro N. Mayorkas, the secretary of Homeland Security, also released a statement after the ruling, stating the Department of Justice (DOJ) plans to appeal the order.

“I am disappointed by yesterday’s ruling and its impact on families across the country, but it will not derail our efforts to protect Dreamers. The Biden-Harris Administration—and this country—remain as committed as ever to ensuring that Dreamers are protected from the threat of deportation and are allowed to continue to contribute to this country that is their home. DHS remains focused on safeguarding DACA, and we will engage the public in a rulemaking process to preserve and fortify DACA,” said Mayorkas.

More from VERIFY: No, more migrants have not died during Biden’s first 6 months than Trump’s 4 years in office