Is a bad potato harvest causing a french fry shortage?

Idaho farmers harvested over 308,000 acres of potatoes this year, which is down 2,000 acres from the previous year. 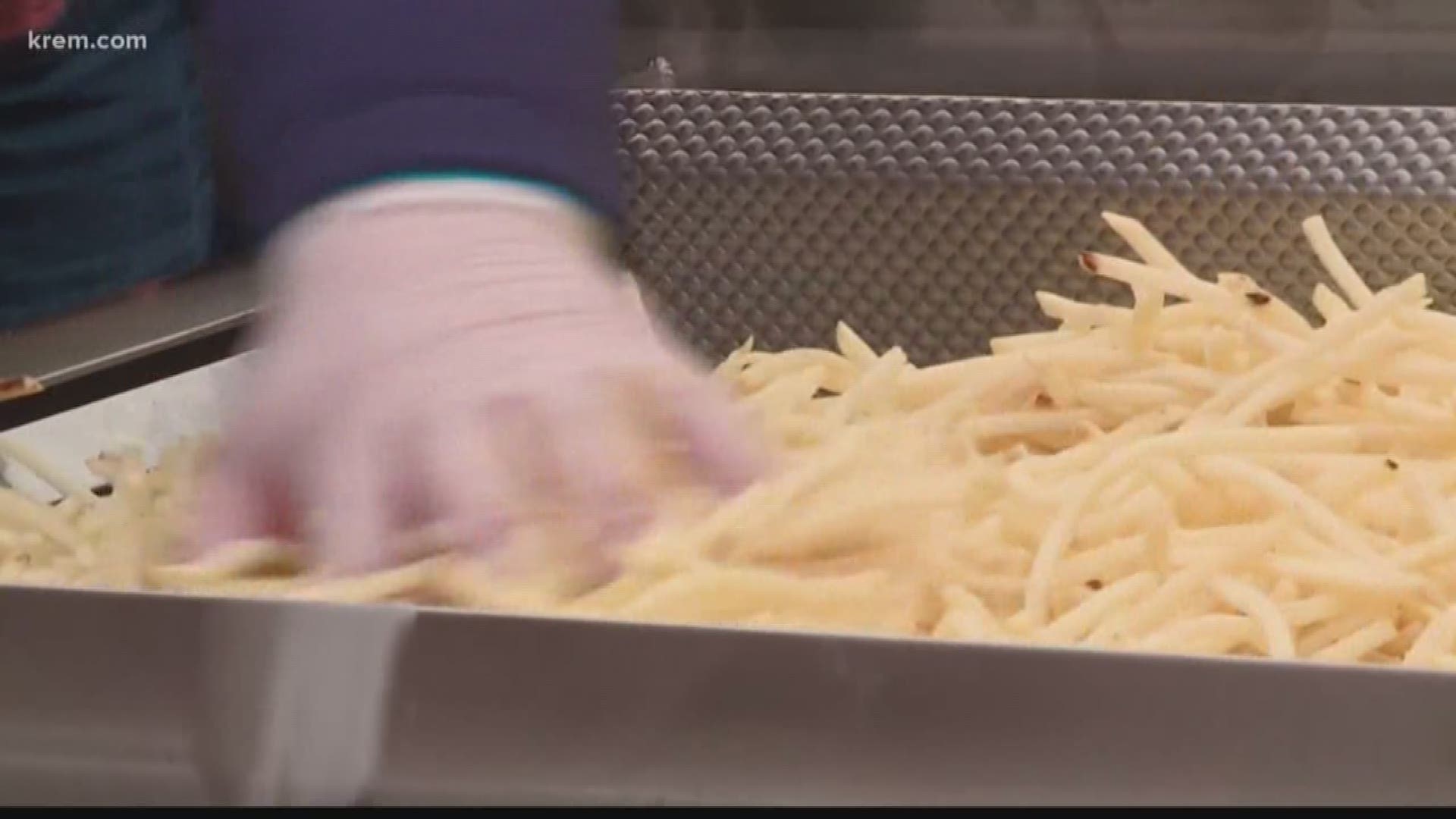 SPOKANE, Wash — Demand for french fries has sparked some concern after this year's potato harvest was cut short due to unseasonably cold weather.

It turns out, just like french fries, potatoes are best when they're hot. Whole potatoes aren't fans of the cold, either.

Frank Muir is President and CEO of the Idaho Potato Commission and the state represents over a third of U.S potatoes distributed throughout the country.

“This year, the impact that mother nature threw in was a little bit of a wrinkle and that was a frost,” Muir explained.

Early October brought a frost to the eastern part of the state that impacted normal harvesting.

“It can be devastating for some farms and then other areas in the state it can be the best crop they've ever had," Muir said.

As for the nation, this year's harvest brought in the lowest number of potatoes since 2010, according to the U.S Department of Agriculture, but those numbers aren't necessarily a cause for panic. Muir said 85 percent of this year's crop in Idaho was harvested and placed into storage.

“Thirteen billion pounds of potatoes were still harvested. Great quality and all indications were before the frost hit that we'd have a beautiful crop coming out of the ground," Muir said.

He said the number would be enough to fill the Boise State football field from end zone to end zone and pile up to a mile in the air.

Muir wants all french fry lovers to know there's no real trouble for potatoes. This is all just part of the farming process.