The Verify team found that a popular messaging app is shutting out down after a viewer asked if a viral rumor is really true. 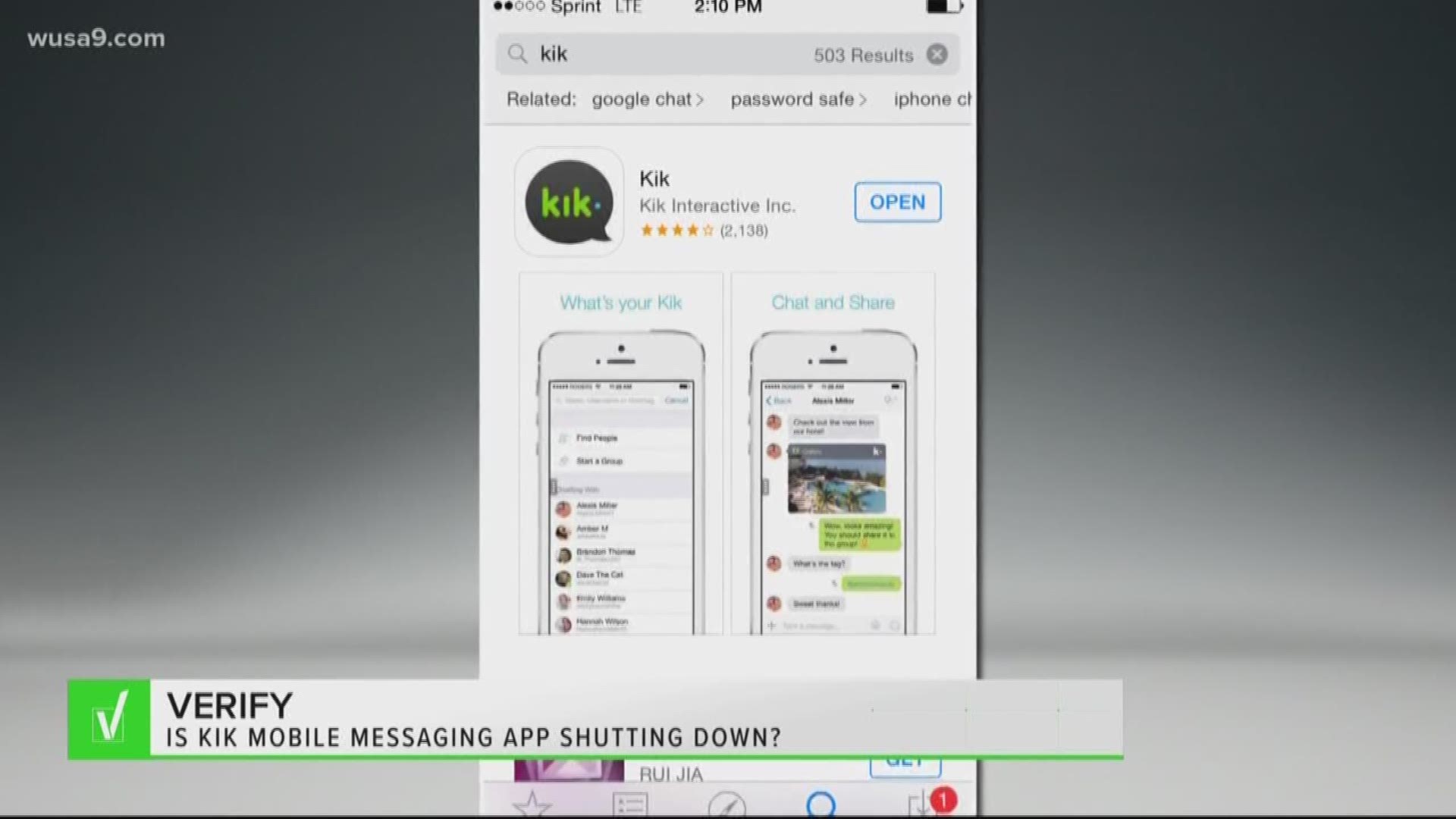 Is the Kik app going away?

Yes, but there’s not a specific date yet on when the app will be shutting down.

Our Verify squad cuts through online rumors and get you the facts. A viewer who uses the mobile messenger app, Kik, regularly had a question. She said she heard it will be going away Sept. 27.

Rumors have also been circulating on social media about the app closing on that same date.

Amanda asked us to verify, is Kik really shutting down?

Verify researchers dug up a tweet from KIK’s CEO and founder, Ted Livingston.

In a blog post he published on Medium.com, Livingston said the company has been going back and forth in a legal battle with the U.S. Securities Exchange Commission over its cryptocurrency called KIN.

The fight with the SEC has forced the company to make some hard decisions. So yes, they're shutting down the Kik app and reducing their headcount to a 19-person team.

The CEO said Kik has been one of the largest apps in the US, with industry leading engagement and is growing again. They also have 100 employees and their families will be impacted.

Livingston explained even though the loss of Kik will have a big impact on the company's numbers, the growth of the KIN cryptocurrency will make up for it.

So, we verified the mobile messaging app Kik is indeed shutting down. Livingston tweeted on September 27 that all of the app will officially be shutting down on October 19.

RELATED: VERIFY: Are there alternative options if you don't want to get a REAL ID license in the DMV?