VERIFY: No, Rolling Thunder won't be returning to D.C. despite Trump's tweet and $200,000 donations

'We will not be back in DC next year,' a Rolling Thunder spokesperson confirmed. 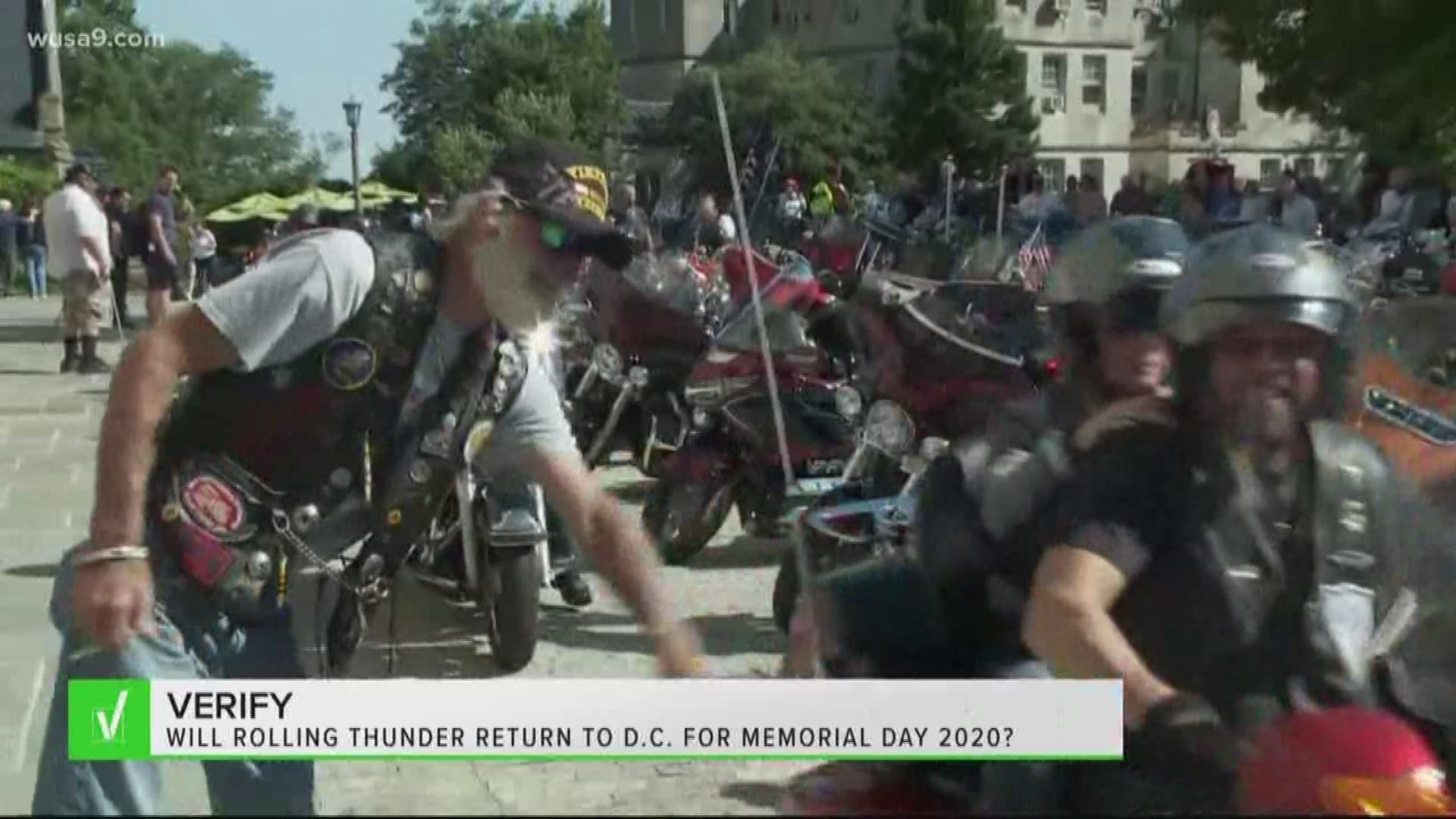 Will Rolling Thunder return to Washington D.C. for Memorial Day 2020?

Despite President Trump's tweet suggesting the veteran organization will return and remain in the District, and despite several offers of donations, a spokesperson confirmed this year was their last in the nation's capital.

For over three decades revving motorcycles, the star spangled banner and biker jackets were synonymous with Memorial Day in the District.

For 32 years, Rolling Thunder was the heartbeat of a city full of patriotism and gratitude to our service men and women.

The motorcade started and continues to be a protest demonstration, demanding accountability from the government and answers for soldiers missing in action and U.S. prisoners of war.

But since December 2018, the veteran non-profit has said this Memorial Day would be their last in the nation's capital. 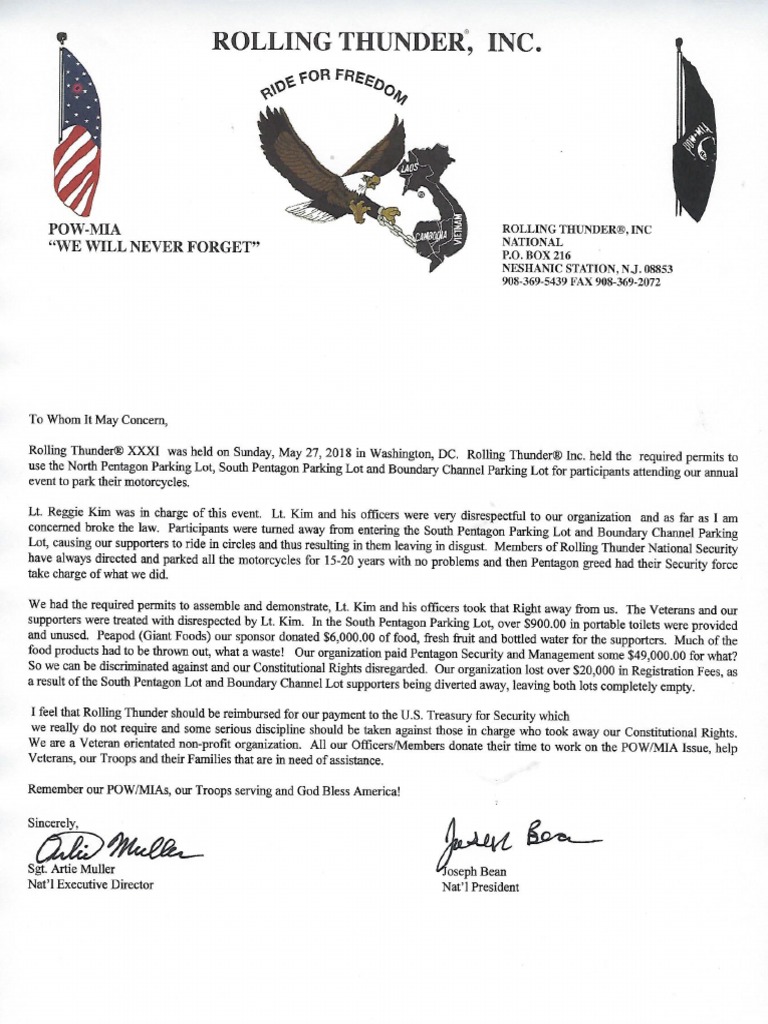 The reason: red tape over permitting, the cost, and issues with the Pentagon, according to a letter sent by the organization's National Executive Director, Sgt. Artie Muller, and National President, Joe Bean.

People grew skeptical whether this truly was Washington's last Rolling Thunder after a tweet from the president.

This came after President Trump had already suggested he would get involved on the eve of Rolling Thunder's ride.

Our Verify team got to fact-checking: Will Rolling Thunder return to D.C. for Memorial Day 2020?

Despite the president's encouragement and pledges for donations, the organization is taking a pass.

"It's time for a change," Nancy Regg, Media Chairperson for Rolling Thunder, Inc., said. "We appreciate absolutely the president tweeting about us and the fact that he wants to help us, but after this year, we will be going regionally...We will give people the chance who have never come to Washington, D.C."

Reggs said that the president did not have a conversation with Rolling Thunder before his tweet.

"We will not be back in D.C. next year," Regg said. "Several people have come forward and offered the money for us to do it...but at this point, at this moment, this was our last demonstration in D.C. We have 364 days to change that."

"We're going nationwide...we have 90 chapters around the country right now, we have a few others forming and for 2020, we're going to do demonstrations on Memorial Day weekend, same day, same time as we've done it for 32 years here," Muller said. "We're doing it in the West Coast, East Coast, Midwest, up north, down south."

So we can Verify, no, Rolling Thunder will not be returning to Washington, D.C. for Memorial Day 2020.