A dash camera was rolling the morning of June 30th when a flight carrying 10 people crashed shortly after takeoff from Addison's Municipal Airport. 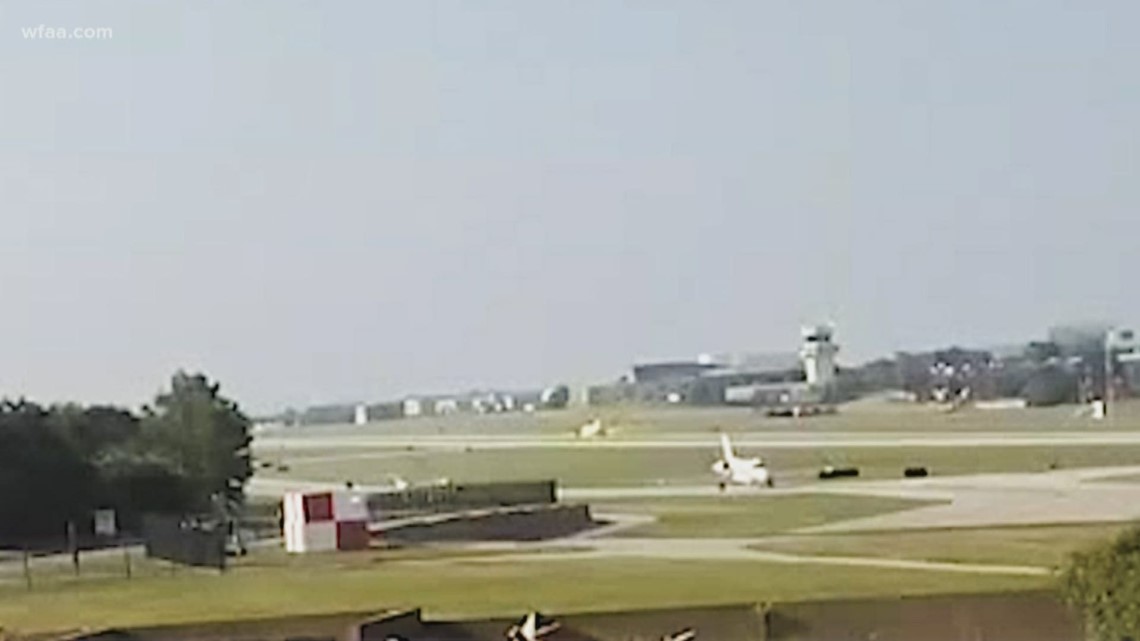 ADDISON, Texas — Closed-circuit cameras and dashcams were rolling the morning of June 30 when a crash at Addison's Municipal Airport killed all 10 people on board.

WFAA requested any and all videos, along with more information, as part of an open records request with the City of Addison, which was completed Monday night, two weeks after the crash.

Inside the 2017 twin-engine Beechcraft BE-350 King Air were two crew members, three sets of couples, and two teenagers. The flight reached the runway around 9:10 a.m., cleared to head for St. Petersburg, Fla.

Closed-circuit cameras outside the airport capture the plane’s takeoff, but it never gets higher than the surrounding tree line. It’s on a crash course with a nearby hangar, caught on a clip that’s gut-wrenching to watch.

A dash camera rolling in the lot off Addison's Fire Station #1 picks up the roar of the engines. The plane starts to flips, and then it sparks, before crashing into the hangar in a huge fireball.

The NTSB's initial report says in their last seconds, a crew member mentioned a problem with the aircraft’s left engine. That’s the first clue in explaining why the plane struggled to climb, then drifted, and why so many families lost people they loved.