Waiter goes above and beyond to help Ark. mom, baby

One picture on Facebook is catching attention from thousands of people on social media. 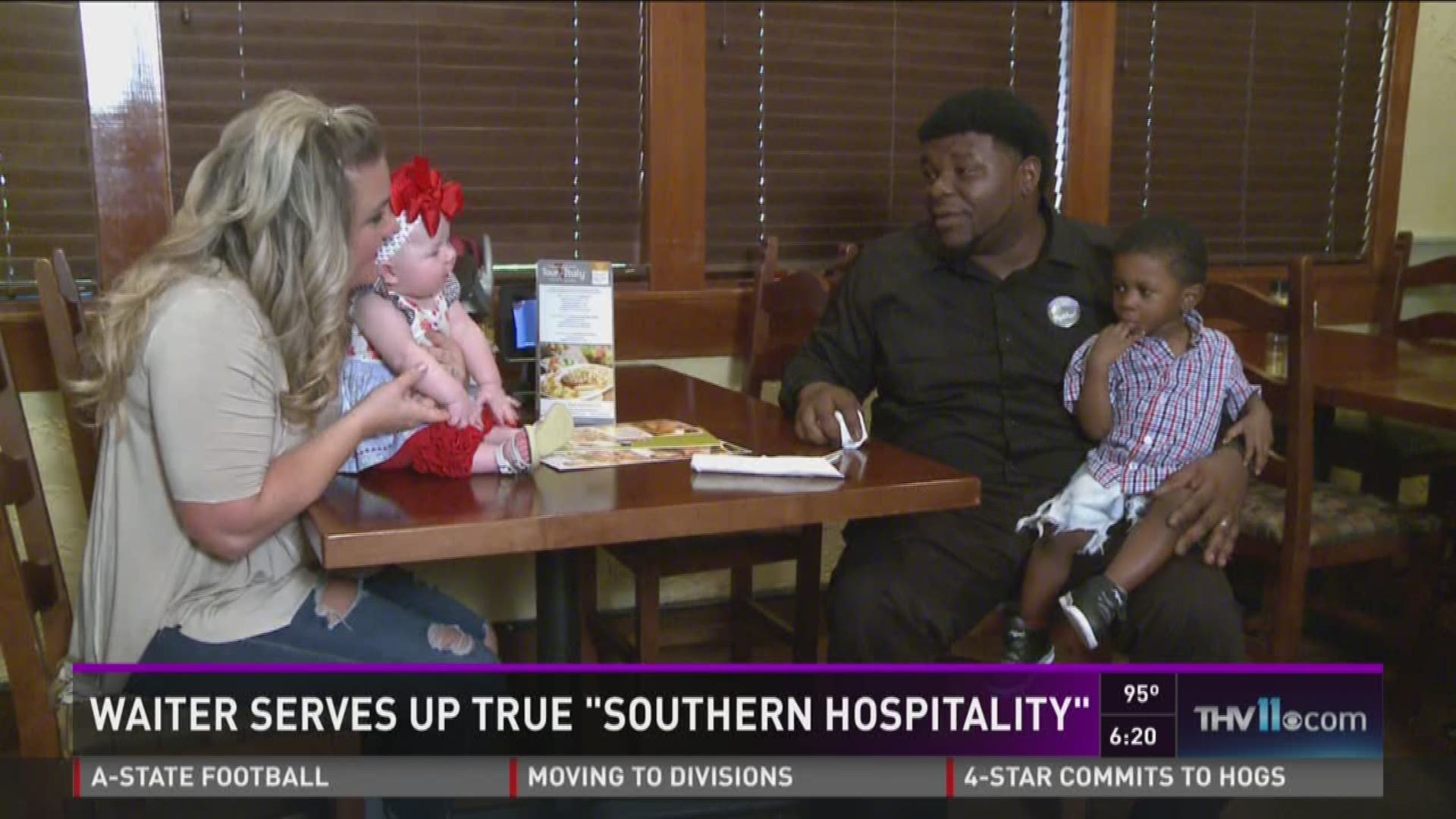 LITTLE ROCK, ARK. (KTHV) — One picture on Facebook is catching attention from thousands of people on social media.

An Olive Garden waiter went beyond his assigned duties: babysitting, something customer Dallas French didn't expect to come with her meal.

After a long day spent at Children’s hospital, French was exhausted and so was her crying baby.

That's when Robert Davis stepped in.

French says Robert was amazing, “he just said, ‘here, let me feed her,’ he slid behind the booth behind us and grabbed that bottle and just fed her.”

French posted the picture on Facebook to say thank you, hoping he would see it.

“It was just the most positive thing that had happened to me all month long,” French said.

An experience that changed her outlook on life. She said, “just to be shown love from a complete stranger, just made me feel much better about what's going on in the world today.”

As for Robert, he tries to treat everyone like family and says he could tell they needed a hand.

“I'd seen the milk on the floor and I just told them it was okay,” Davis said.

He says acts like this need to be common and not such a shock to society.

“Everybody quit singling themselves out like they're the only person on this earth,” Davis said.

There's one thing he would change about the experience.

Several others have commented on the picture, saying Robert had gone the extra mile for them on as well.