Hope he didn't get cross: Bear gets stuck inside church

Officials removed the bear from the building and loaded the animal into the back of a truck. 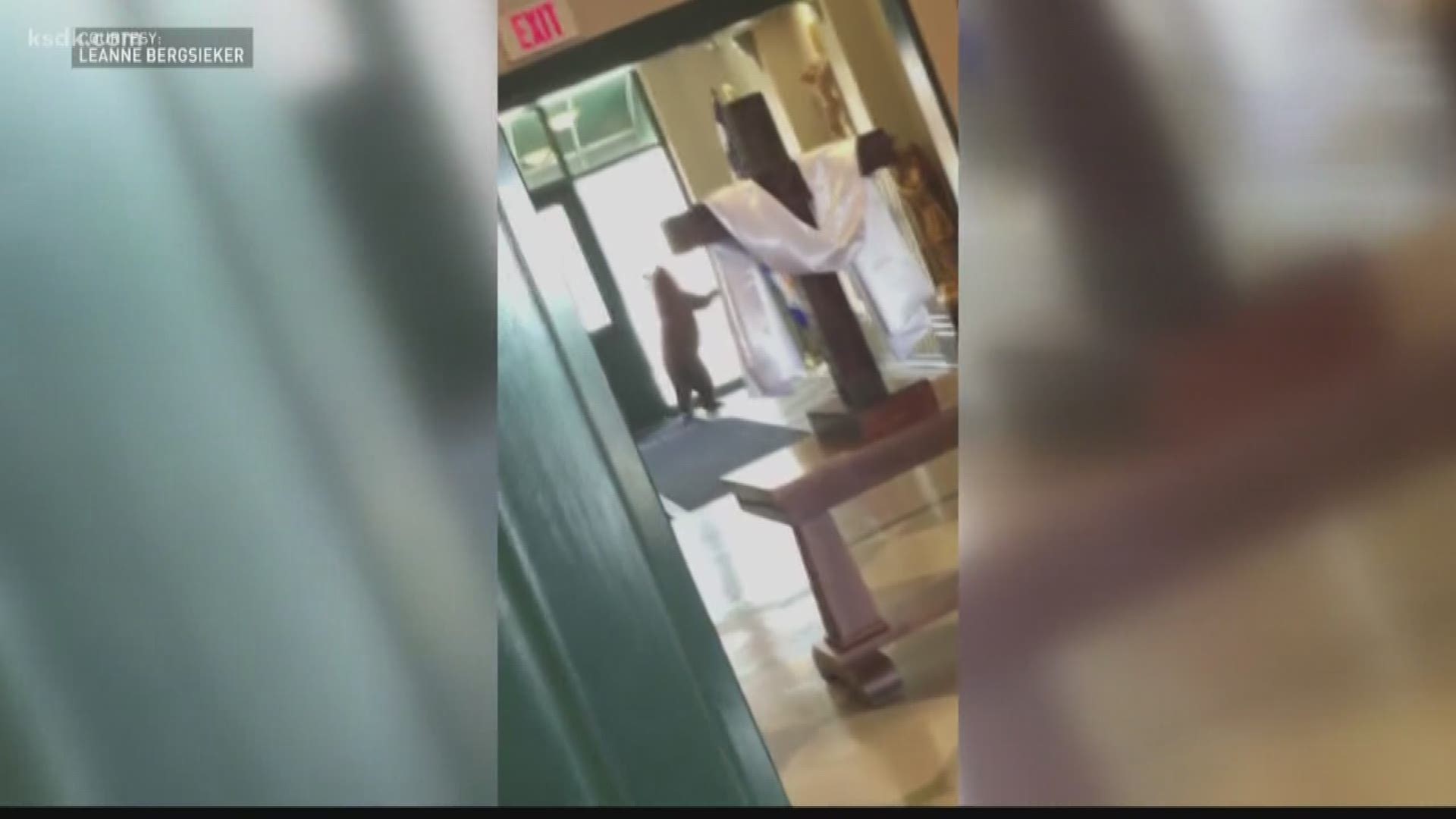 EUREKA, Mo. — This isn’t something you see every day, especially in a church.

A bear was stuck inside Most Sacred Heart Parish in Eureka Tuesday afternoon.

It was safely removed by police and Missouri Department of Conservation officials after spending a couple hours inside. Officials haven't yet said what they did to get the bear out of the building.

Video recorded by Leanne Bergsieker showed the bear inside the parish, which includes a school and church.

The bear pawed at the door, ran from side to side trying to get out of floor-to-ceiling window and then tried to jump up to make its escape.

Eventually the bear made its way into a parish bathroom.

Click here to watch two videos of the bear in Eureka.

Click here to see officials remove the bear from the building.

While the animal was inside, everyone was "locked down or on restricted movement," according to Wayne Kissel, the business manager at Most Sacred Heart. Parish employees, police, Missouri Department of Conservation crews were inside with the "special visitor." School was not in session.

Kissel said the bear walked in through a door that was propped open. The door was only cracked open for a short time while employees moved items in and out of the building, Kissel told 5 On Your Side's Sara Machi.

Another video captured by the business Urethane Roller Specialist showed the bear running down a street in Eureka. It turned a corner, where a couple people were standing within 10 feet of the animal. The bear turned around and ran away.

RELATED: Be bear aware! Missouri's black bears start coming out of their dens

The Missouri Department of Conservation has not said whether the animal is a black bear or brown bear. Peter Frangie, of the Archdiocese of St. Louis, said he was told it was a black bear.