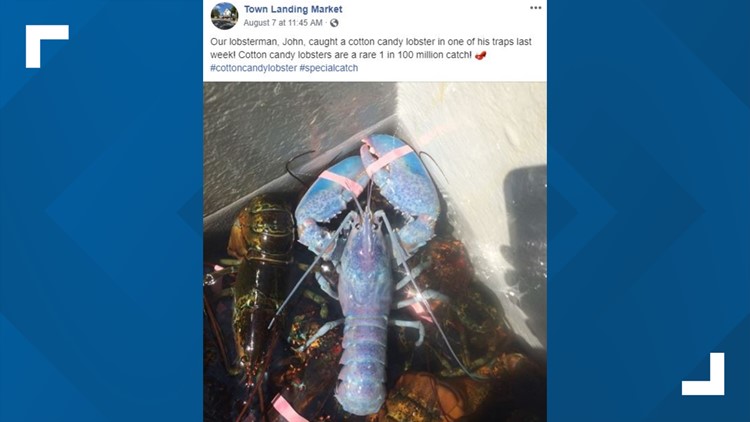 A lobsterman in Maine got a 1 in 100 million catch in one of his traps last week.

Town Landing Market posted the photo of a cotton-candy colored lobster to its Facebook page.

While that would be an amazing story on its own, this is the lobster man’s second cotton-candy colored catch. CNN says John McInnes also caught this lobster last October too.

CNN says when McInnes caught this lobster last fall it was too small to keep and now he’s caught it again in almost the same location.

CNN says McInnes is keeping the lobster in a holding tank and is hoping to give it to an aquarium.

While there have been no reports of cotton candy lobsters caught in the Sunshine state, the 2019 recreational and commercial season for Spiny Lobsters started August 6.