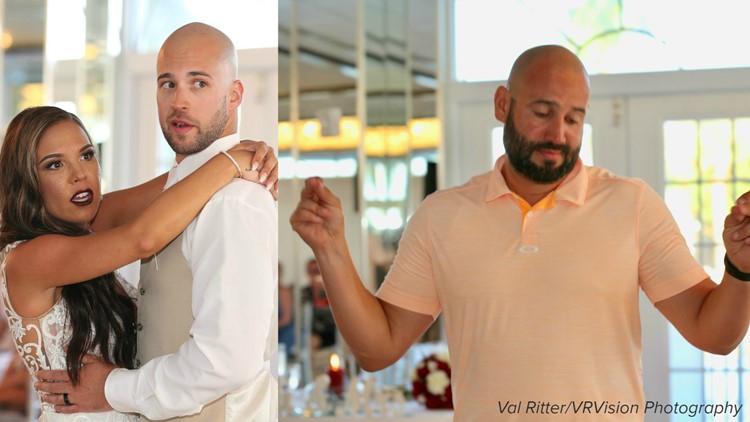 ST. PETE BEACH, Fla. — A Florida man not only reportedly crashed a wedding and interrupted the couple's first dance -- it was all caught on camera.

Val Ritter with VRVision Photography was the photographer for a couple getting married on St. Pete Beach with their reception at the Grand Plaza Hotel. Ritter captured the moment a 37-year-old man butted in on the bride and groom's first dance.

One photo shows Mark Alan Saunderson appearing to dance and snap his fingers. Another photo shows a seemingly unhappy groom and a shocked bride.

In the last photo, the bride appears to be laughing, but the groom still doesn't look happy.

Deputies say Saunderson was charged with disorderly conduct. An arrest report said he was eluding security and refused to leave the hotel. 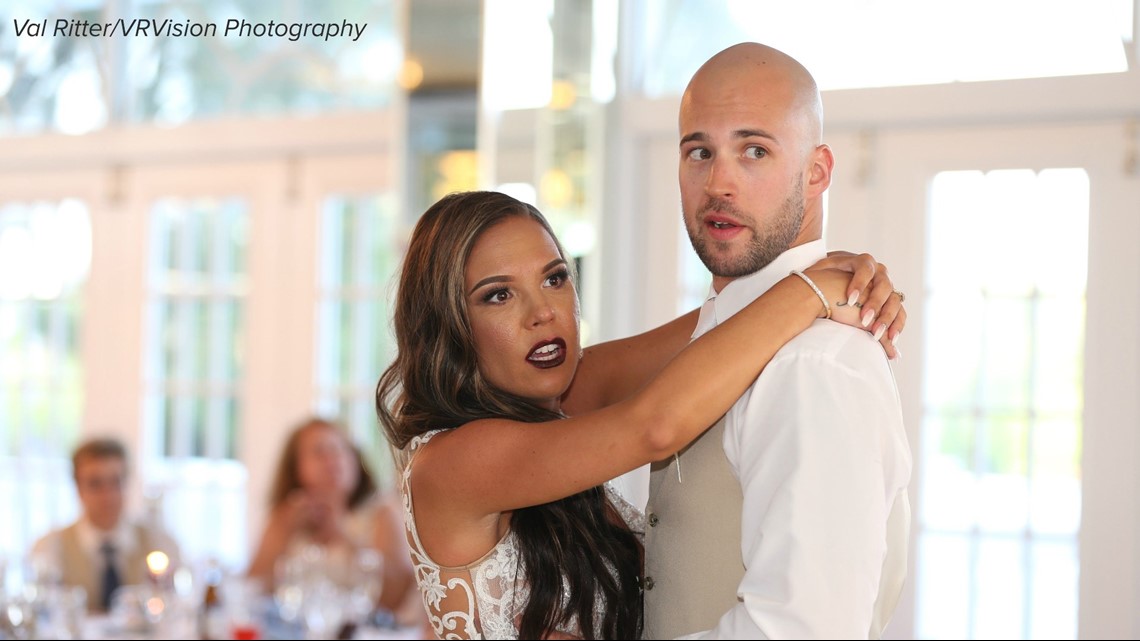