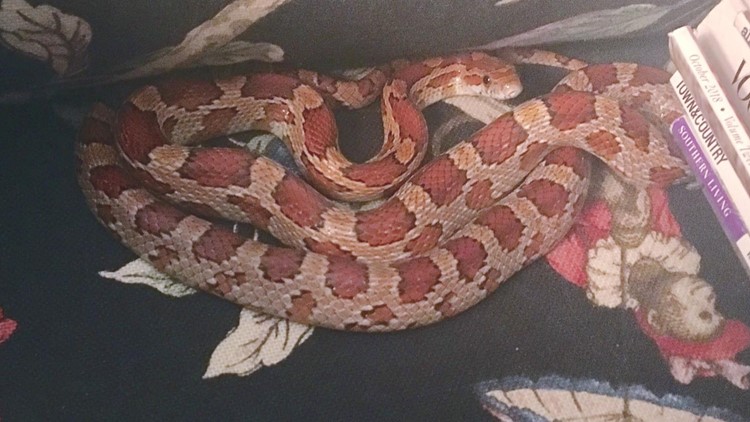 VENICE, Fla. — They're constrictors that coil themselves around their meals. But, they're typically not welcome in the house.

A Pantherophis Guttatus – better known as a corn snake – recently found its way into somebody's bedroom in Venice. And, it caused quite the scare.

Police say the person found the snake prowling inside the home. The serpent, that officers referred to as Mr. Guttatus, was "briefly detained" before being released into the woods.

"We are hopeful that he abides by the trespass warning we issued," the Venice Police Department joked in a Facebook post.

Corn snakes are typically orange or brownish-yellow with distinctive patterns down their backs. They're found along the east coast of the United States but are most abundant in states further south – including Florida.

They are not venomous.