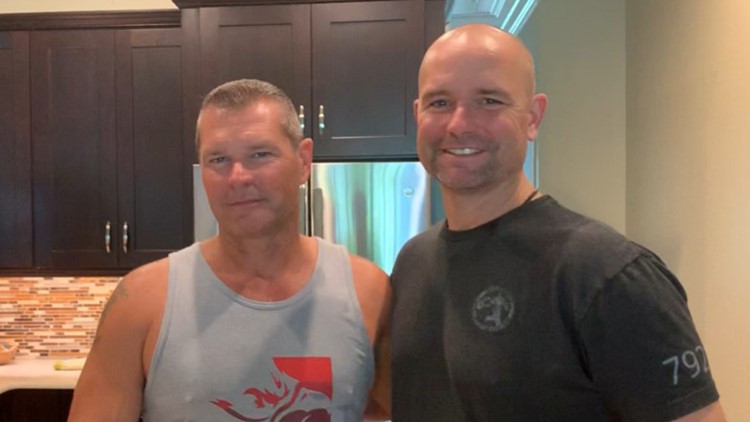 BOYNTON BEACH, Fla. — The apple doesn't fall far from the tree for two Florida law enforcement officers who discovered they were half-brothers through a DNA test.

The Boynton Beach Police Department posted on Facebook on Friday that Officer Eric Reynolds recently was contacted by a deputy from Orlando who said a DNA test had revealed they are half-brothers.

Stull was adopted as an infant and said he knew very little about his family history until he took the DNA test.

Reynolds said after their reunion that it was like meeting his clone.

“It was overwhelming and exciting and bit of sadness at the same time. We’ve been texting all the time. We’re alike in so many ways. I have someone I can talk to, trust as brothers and cops. It feels great.”