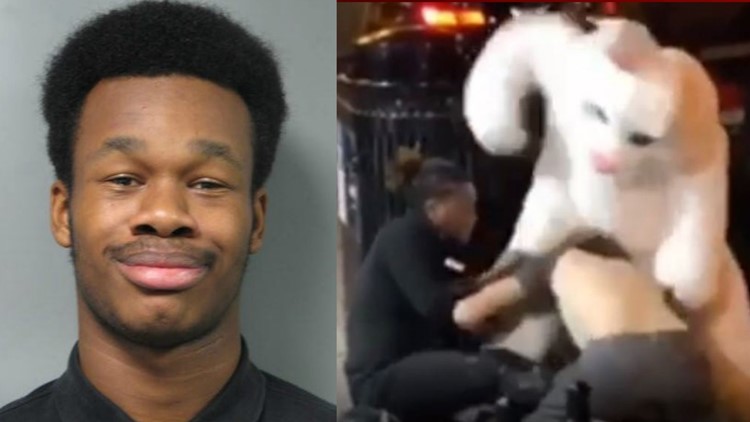 ORLANDO, Fla. — A Florida man who became a video sensation after fighting a man on the street while dressed as the Easter Bunny has been arrested and authorities say he tried to use the costume to elude capture.

Antoine McDonald became a viral phenomenon after a video captured him fighting a man in Orlando last year. He claimed to have been trying to break up a fight between a man and a woman.

Earlier this month, Florida Highway Patrol officials say McDonald was driving a motorcycle when he ran a stop sign and crashed into a carport before fleeing the scene.

Authorities found him lying in the backseat of a car in full costume. He denied the accident, telling the officer to Google the Orlando Easter Bunny.

McDonald told WKMG-TV last year he got into the fight because he didn't want the man to disrespect the woman. Not long after his arrest, police said he was a wanted fugitive accused of burglarizing a car.

RELATED: RAW VIDEO: Easter Bunny gets into a brawl on a Florida sidewalk