The video is the most "Florida" thing you'll probably see today. 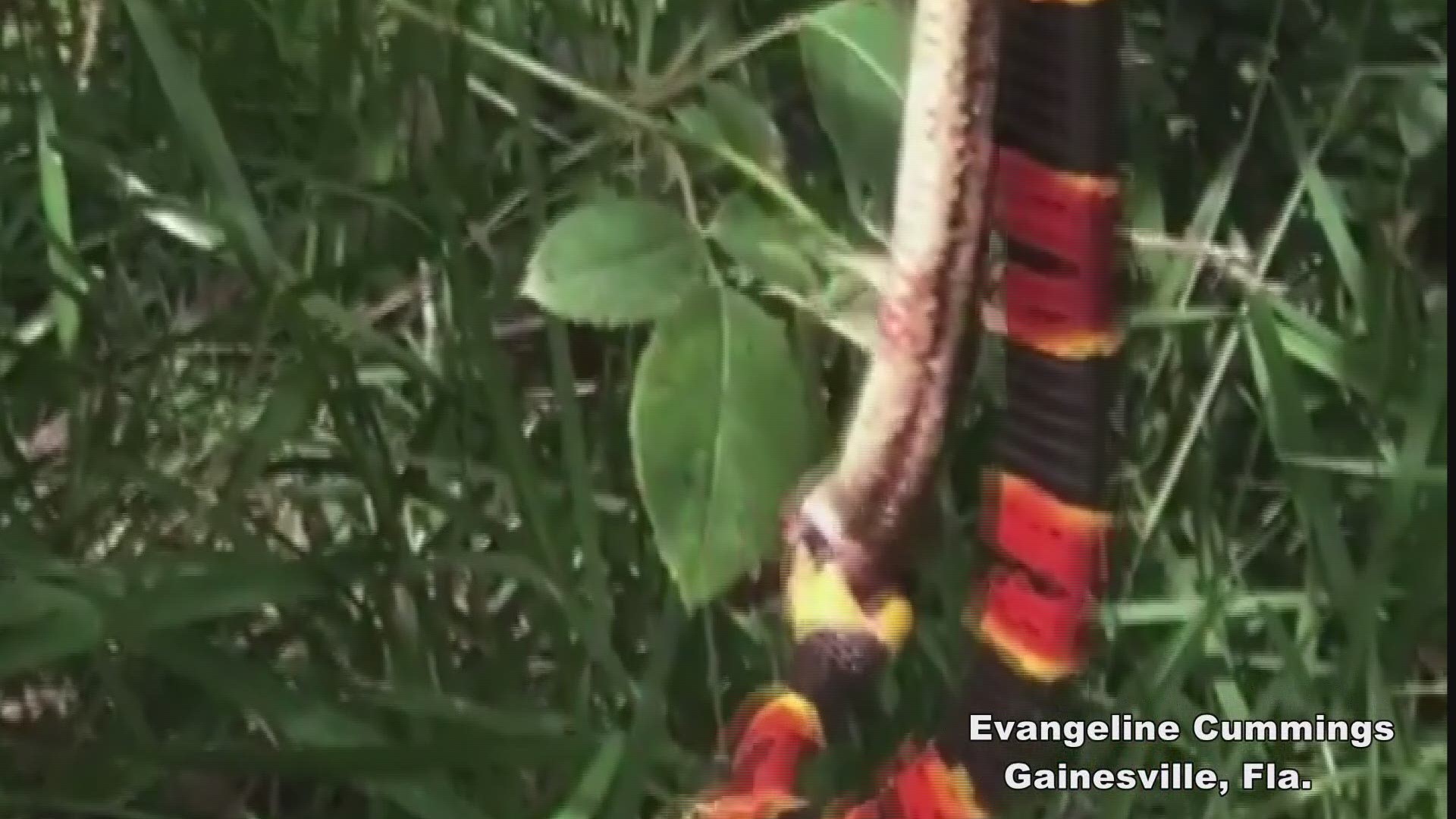 GAINESVILLE, Fla. — Florida has a reputation for interesting things happening right in front of a camera lens or cellphone. Or, just in general, really.

A video captured by an assistant provost and director at the University of Florida was certainly no exception to that.

Evangeline Cummings tweeted about the experience, adding she needed "support to process" what was happening.

She captured a video of what appears to be a bee stinging a coral snake - while the coral snake continued to eat a rat snake.

Yes, we all might need some time to process that ourselves.

Snakes are carnivorous and eat other animals, and tend to do so whole, according to an article written by Idaho Public Television.

The website adds that snakes tend to eat rats, birds and bird eggs, mice, chipmunks, frogs, gophers, and other small rodents. It says larger snakes can also eat larger animals, such as deer, pigs, monkeys and other large prey, and some snakes are known for eating other snakes.

The more you know! That's still a whole lot of NOPE for us.