Man running from deputies jumps in lake, but he can't swim

The suspect had to be rescued by the very people he was trying to avoid. 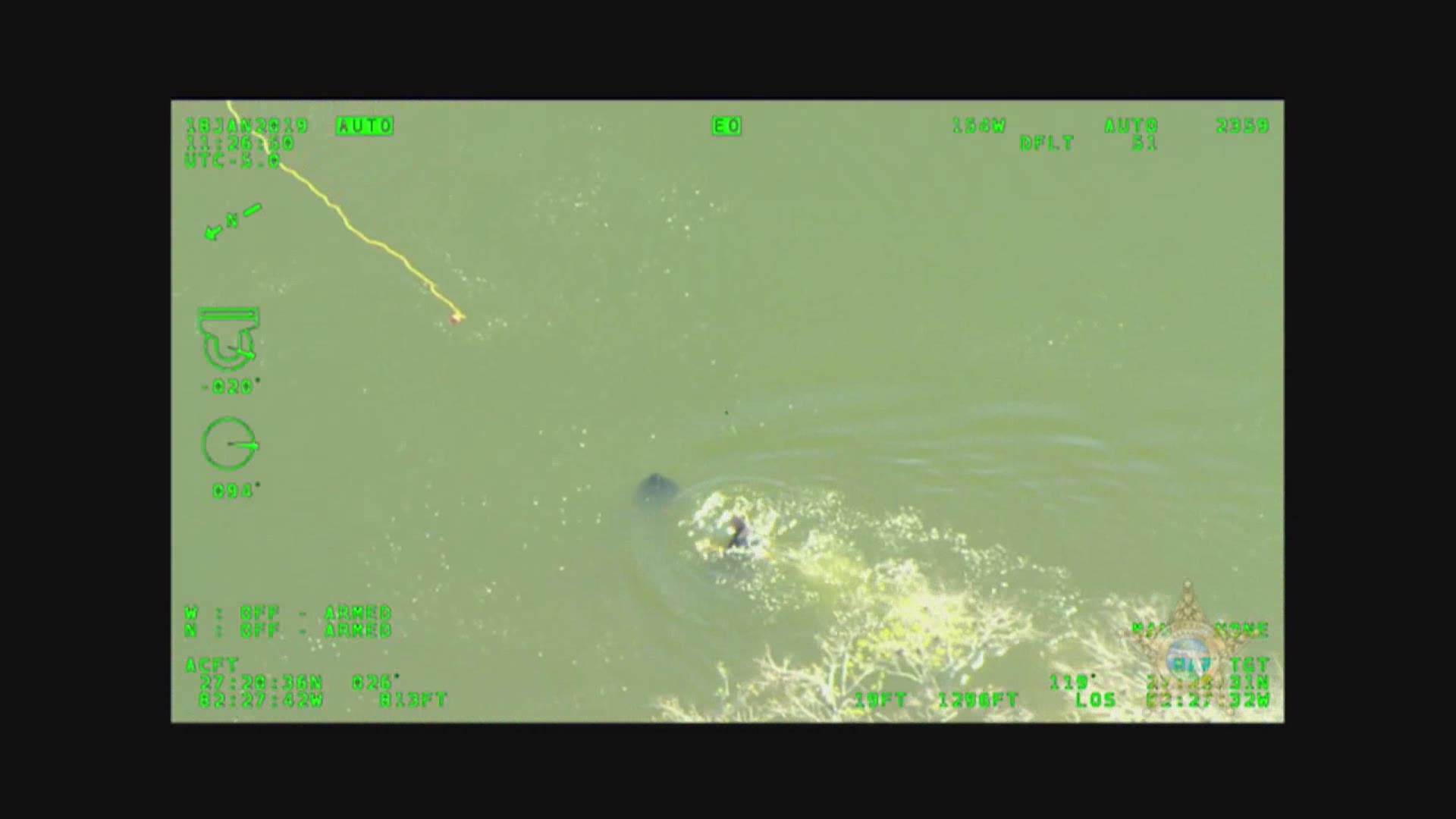 SARASOTA, Fla. — A man who fled from deputies into a lake had to be rescued by his pursuers, Sarasota County sheriff's deputies said.

About 11 a.m. Friday, deputies were called to Burnt Branch Circle and Greystone Lane because of reported suspicious activity. When they arrived, they say they saw Richard Garay, 18, of Nokomis, entering a van.

As the deputies were talking to Garay, they say he ran and jumped into a nearby lake. He managed to get to the middle of the lake, where he had trouble keeping his head above water, according to law enforcement.

Deputies jumped into the lake and brought Garay to safety. They say Garay later admitted he is unable to swim but went into the lake to avoid being arrested on several warrants.

Garay was charged with obstruction without violence and contempt of court for his outstanding warrants. He remained in custody Tuesday at the Sarasota County Jail.