After some time staff attempted to get him to head back to the water, but the gator "was just not having it." 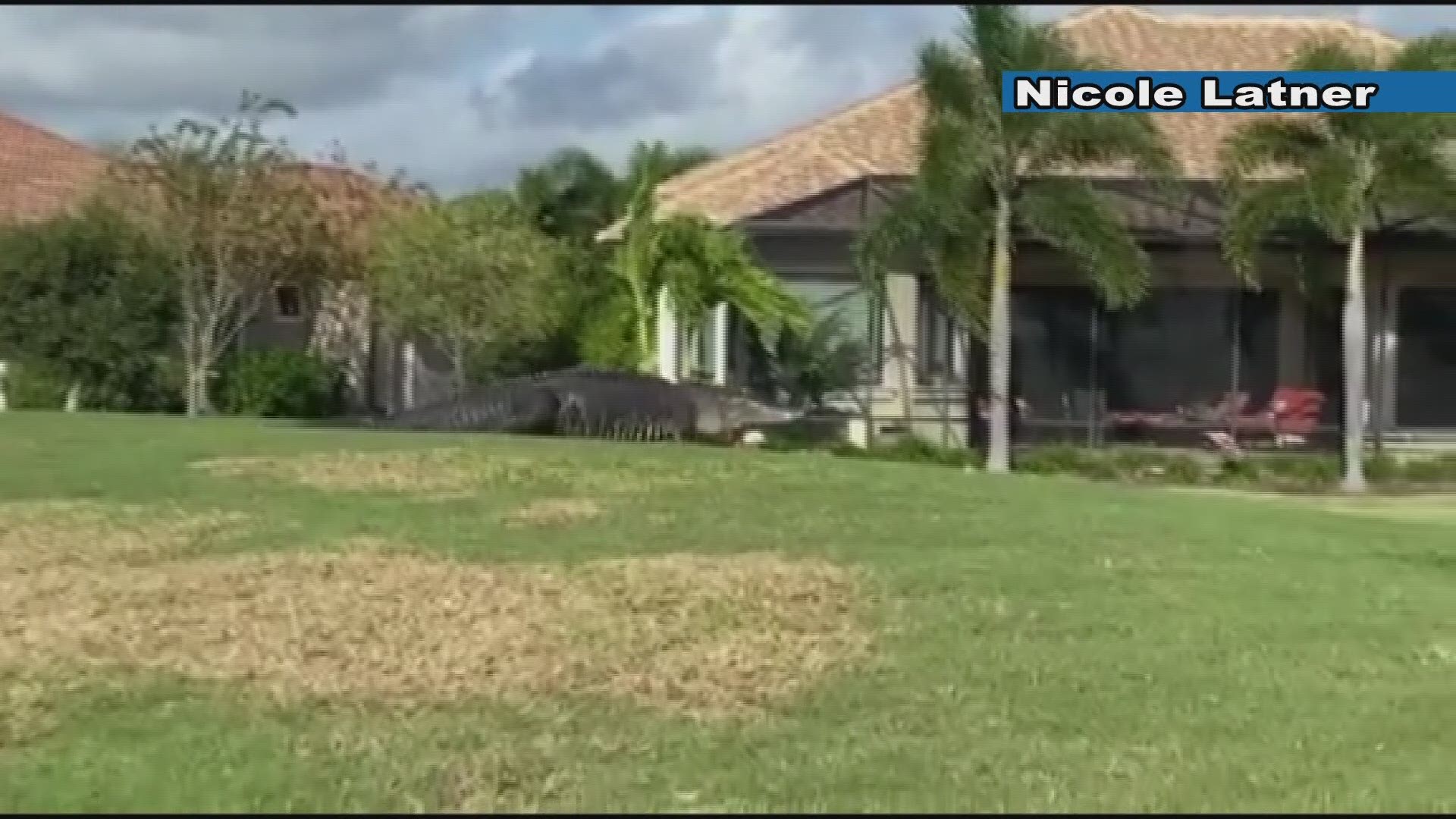 MELBOURNE, Fla. — A massive gator gave golfers quite the shock as it came strolling across a South Florida golf course Thursday.

While the gator may have been looking to play a hole or two, it's safe to say we don't think anyone let it join their crew.

The video captured by Nicole Latner shows the gator walking on the Duran Golf Club's 9th hole. If she had to guess, she believes the gator was about 10-feet long!

"Another day in Florida. Wildlife on the golf course at Duran," Latner said while capturing the moment from a safe distance.

Latner says the course is an Audubon certified course, which means they strive to help preserve the wildlife that is on their property. And a gator sighting is not all too rare.

"We do have a few gators that like to wander, but most of the time, they stay in the water and don’t bother our players," she wrote.

It turns out this gator was a little more stubborn as he caused play on the course to stop as he lounged on the green at first. After some time staff attempted to get him to head back to the water, but as Latner puts it "he was just not having it."

The massive reptile meandered his way to another lake where he settled in for the day. The courses general manager said this particular gator has called the course home for the last few years.