If you feel like you've seen more stories about alligators ending up in places they aren't too welcome, it could be because alligator mating season is almost here. 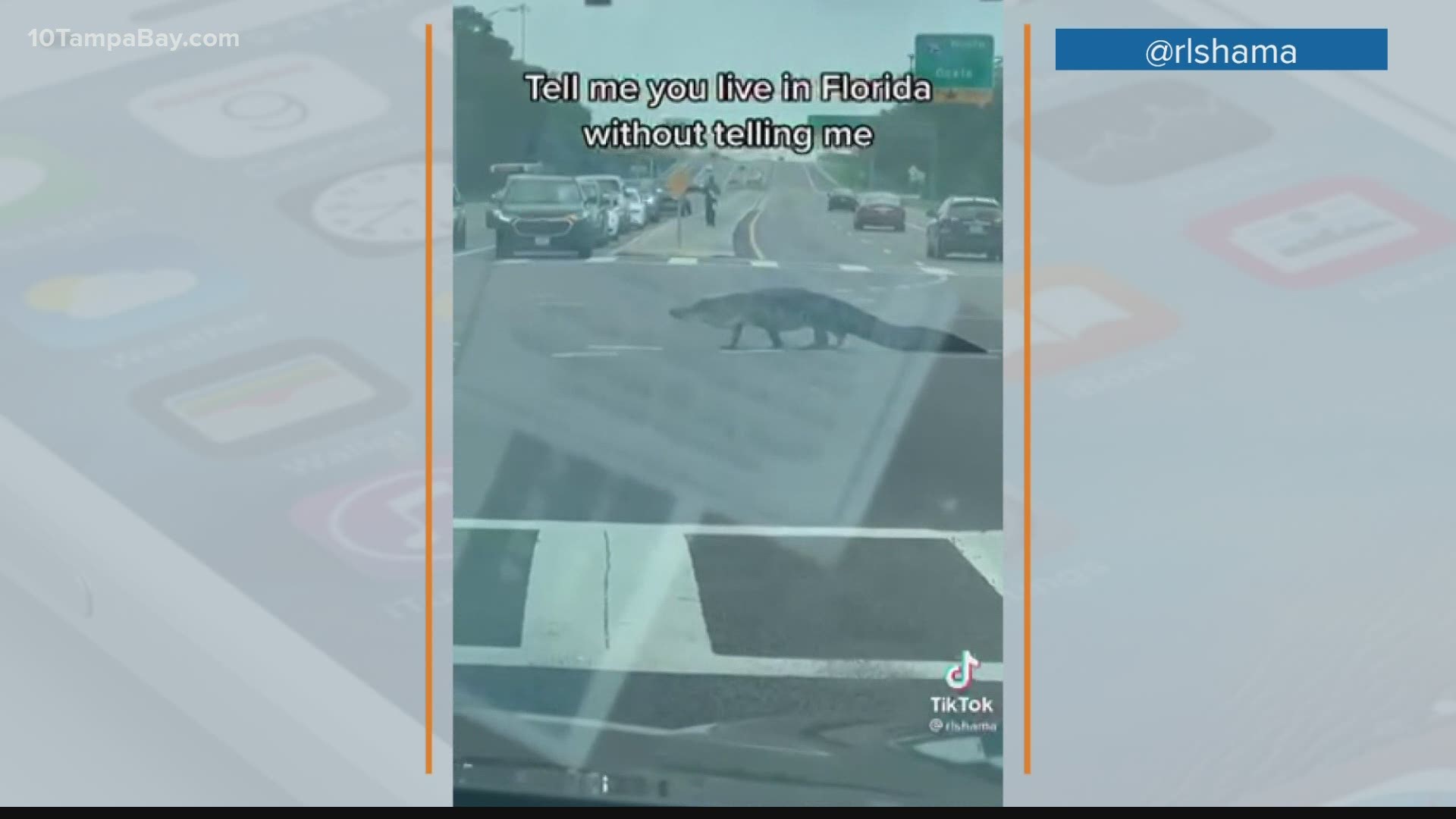 A video posted to TikTok shows a large alligator holding up traffic at a stoplight. The backup took place Sunday at the intersection of Dr. King and Williams Road.

The Hillsborough County Sheriff's Office said Deputy Starling responded to the call and was able to move the animal out of the road and into a nearby pond.

Video from user Rlshama shows Deputy Starling escort the alligator across the street by shepherding it with his patrol car.

If you feel like you've seen more stories about alligators ending up in places they aren't too welcome, it could be because alligator mating season is almost here.

The Florida Fish and Wildlife Conservation Commission says gator courtship begins now, in early April. Then, mating occurs in May or June.

RELATED: Gator mating season is upon us: Here's what you need to know

Alligators do become more aggressive during mating season. But, don't worry, deadly alligator attacks on humans remain rare. According to FWC, the likelihood of a Floridian being seriously injured during an unprovoked alligator incident in Florida is roughly only 1 in 3.2 million.

So, what should you do if you come across an alligator while you're out and about in Florida?

FWC says people should never feed alligators and keep their distance if they see one. People can also stay safe by only swimming in designated swimming areas and keeping pets away from the water and on a leash at all times when they're out.

If an alligator is spotted somewhere it probably shouldn't be, you can call FWC's Nuisance Alligator Hotline.

FWC says an alligator can be considered a nuisance if it is at least four feet in length and the person calling it into the toll-free Nuisance Alligator Hotline thinks it could be a threat to people, pets or property. When people call the hotline and are concerned about an alligator, FWC says it will send out one of its nuisance alligator trappers to handle the situation.