What the heck is '8chan,' and why are mass shooters using it?

8chan is a lot like other anonymous message boards only with less policing of the content that’s posted there. 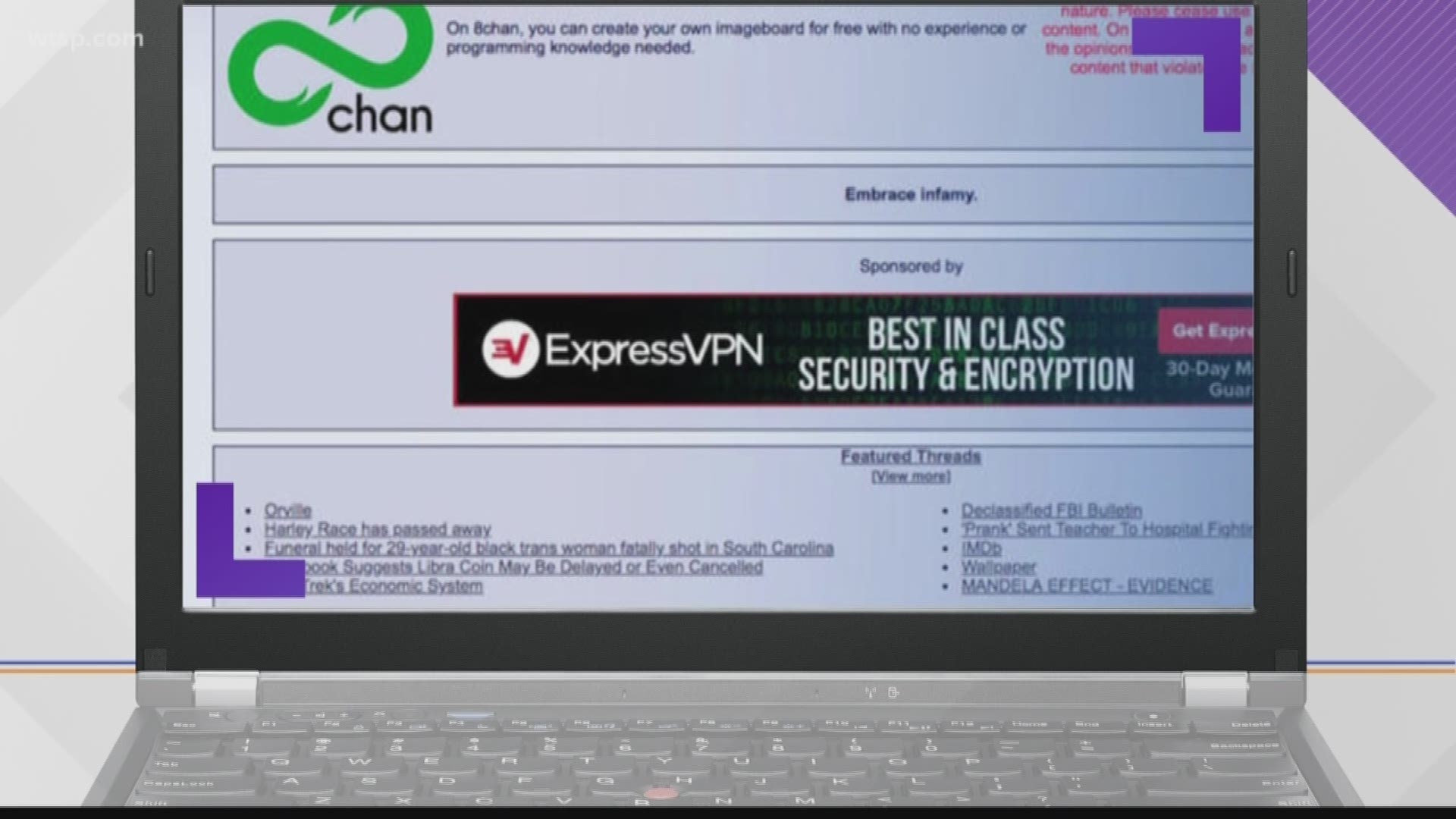 ST. PETERSBURG, Fla. — In the wake of mass shootings in El Paso, Texas and Dayton, Ohio, over the weekend, many pointed fingers at anonymous online forums like 8chan for helping to spread hate speech and radicalize mass shooters.

8chan, in particular, is linked to three mass shootings this year, including an attack at a mosque in New Zealand in March, one at a Jewish synagogue in California in April, and the El Paso shooting.

President Donald Trump, in his address to the nation Monday morning, also touched on the issue.

“We must recognize that the internet has provided a dangerous avenue to radicalize disturbed minds and perform demented acts,” the president said. “We must shine light on the dark recesses of the internet and stop mass murders before they start.”

“In three mass shootings we’ve had around the world, two in this country, the users have been connected to 8chan in some way," said Kelli Burns, an associate professor at the University of South Florida's Zimmerman School of Advertising & Mass Communications. "They have posted manifestos, they have posted Facebook Live video links there, and so we know that this is happening on these sites,”

Burns says 8chan is a lot like other anonymous message boards, only with less policing of the content that’s posted there.

“There’s definitely a lot of speech on there that tends to instill hate in people toward other groups of people. There are a lot of people on there who are normalizing this kind of talk and behavior, amplifying it and radicalizing people,” said Burns. “The problem is that a lot of the speech is legal and so I don’t know that there’s anything that can really be done. So, if they are not a publicly-traded company, if pressure is not being put on owners to shut these sites down there there’s really nothing that can be done.”

“That still leaves a large range of content that people can post that’s not illegal, but it might be immoral or inappropriate.” she added. “I think it’s important for parents to know that these sites exist and that you should have a conversation with your child about, ‘Where are you going online?’”

8chan’s cybersecurity provider, Cloudflare, announced on Monday that it was dropping 8chan as a client. 8chan’s site went down shortly after losing its protection services.

An administrator for the site said Monday that they were in the process of relaunching the site using a different cybersecurity firm.