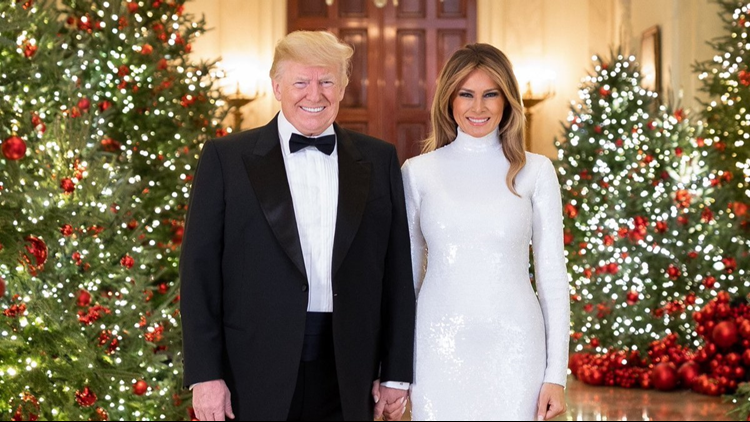 WASHINGTON -- The White House unveiled their official Christmas portrait on Tuesday, featuring the president and First Lady standing in the Cross Hall at the White House.

The hallway, which is decked out in Christmas trees, pictures First Lady Melania Trump is in a white dress, alongside President Trump in a suit.

According to the First Lady’s Twitter account, the photo is by Andrea Hanks. It was taken Saturday.

Melania Trump unveiled the official Christmas decorations inside the White House in late November in accordance with her “American Treasures” theme.

She tweeted out a video of herself walking among the decorations:

The People’s House @WhiteHouse is ready to celebrate Christmas and the holiday season! pic.twitter.com/oejKW3mC15 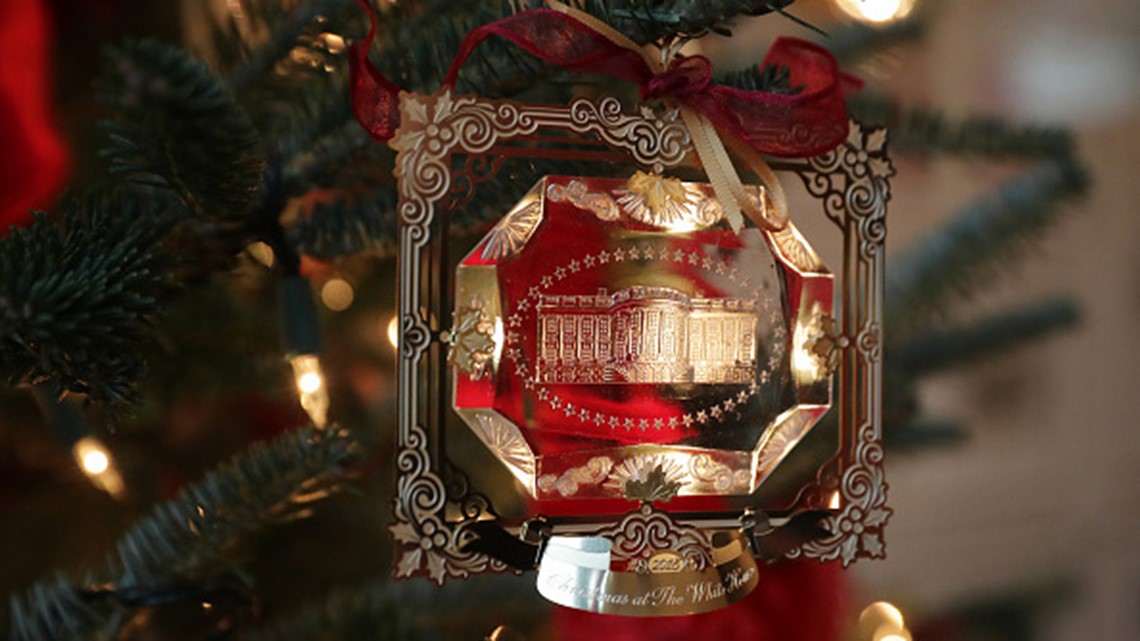