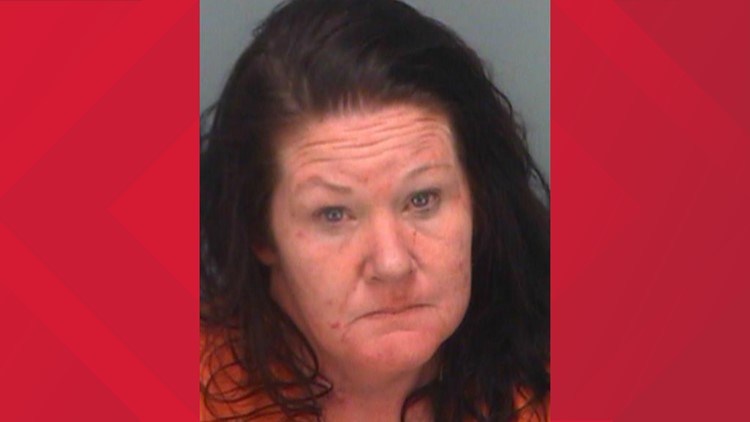 ST. PETE BEACH, Fla. — A fight between an engaged couple got heated Friday night when a woman smeared dog poop in her fiance's face, according to the Pinella’s County Sheriff’s Office.

Deputies responded to a home on 46th Avenue North in St. Petersburg for a disturbance call.

When they got there, deputies said they found Jane Marie Faulkner, 41, in an argument with the man she is supposed to marry.

Faulkner’s fiance told deputies that she repeatedly hit him and smeared dog poop in his face.

The arrest report stated Faulkner was drunk and at times admitted to deputies she assaulted her fiance, whose name was not released.

Faulkner was arrested on a domestic battery charge and made bail Saturday night.

She has been ordered to stay away from her fiance.

No word if the wedding is still on.