The journey for those still trying to get out of Afghanistan will be dangerous, but they're doing all they can to get them resettled safely. 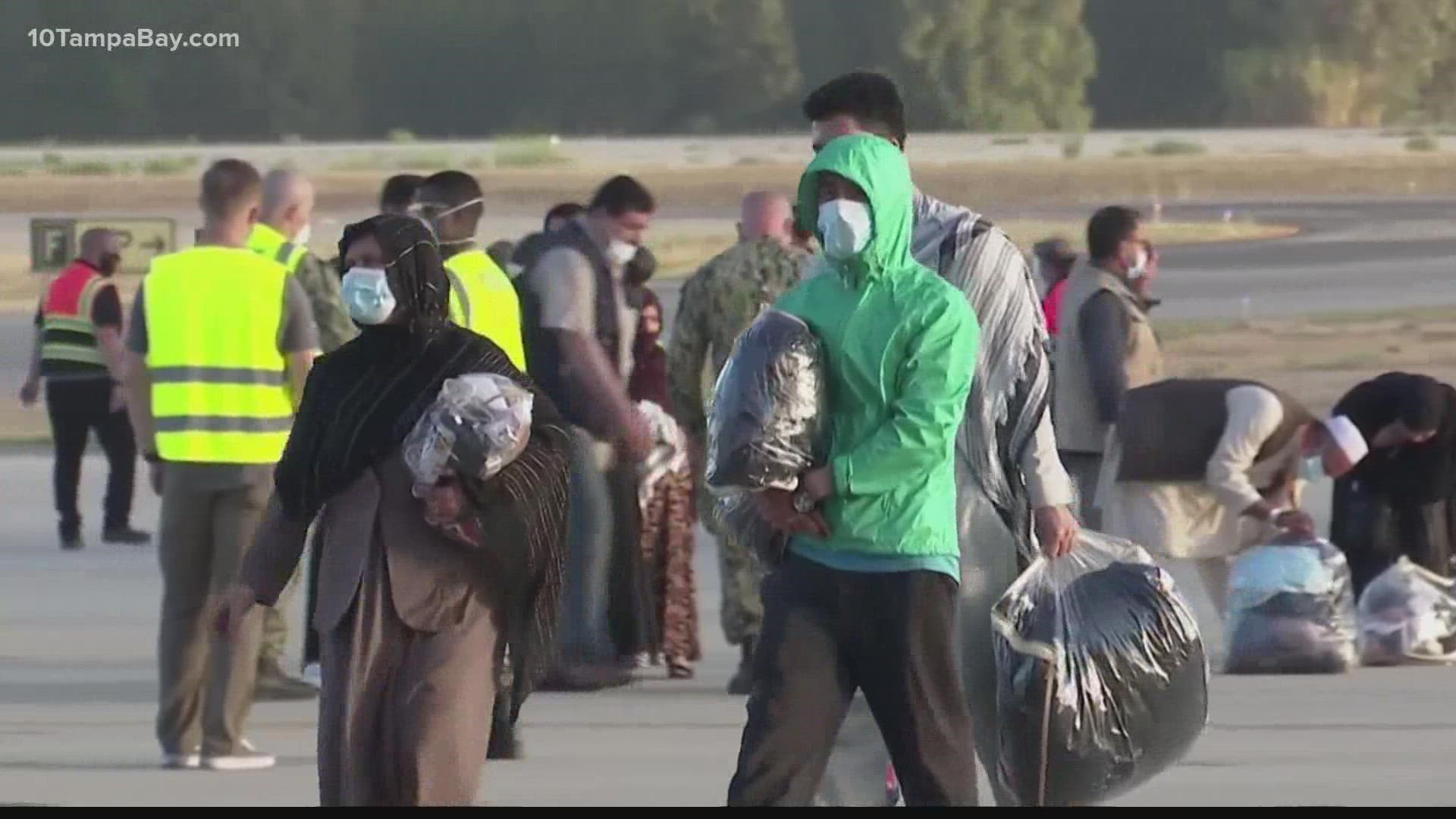 TAMPA, Fla — The journey for Afghans still trying to get out of the country will be dangerous.

The Tampa-based defense intelligence firm is tracking the number of Afghans left behind hour by hour. Thousands have made it out, but for others, the journey is just beginning.

RELATED: Afghanistan has been a haven for terrorist organizations. Who are they, and what do they want?

"Some of them are allies, some of them are green card holders, various ones have gone through different parts of the processing to get their special immigrant visas, but all are marked for death," Wilson said.

Wilson knows many of them after serving with special forces in Afghanistan. That's why his Tampa-based defense intelligence firm is working to get resources to them quickly.

"It is a lot more difficult with what we're trying to do, obviously, without having the U.S. Military might inside of Afghanistan and controlling the airfields and the borders. Much, much more difficult, much more dangerous, much more costly," Wilson said.

That's why the organization set up project Afghan Relief Fund for anyone who wants to help.

"Whether it's volunteering your time, if you have some skill set, or if you can do some monetary donation, I can tell you that every penny that goes into that fund will be supporting getting Afghans here to the United States or other countries where they can resettle," Wilson said.

The organization has resettled refugees from several different countries for over 20 years. While they help with this crisis, their goal now is to make sure each family has a smooth transition once they get here.

"We basically find any type of living arrangement that is suitable and places the family there and begin the process to help them really help themselves. They want to be self-sufficient, they want to work, they want their kids in school. Before they had to flee they were doing those things for their families,"
Acevedo says.

While Tampa Bay steps up to help those who risked their lives for America, many know this is just the beginning.

"In the next few weeks, we have a family of four arriving. I anticipate a good number of those that we help this year and the next will be from Afghanistan," Acevedo said.

If you'd like to help Gulf Coast Jewish Family and Community Services support the refugees coming to Tampa Bay, you can do so here.