Ryan Davis was injured in combat in August. His family was set to move on base when their truck filled with priceless items was stolen. 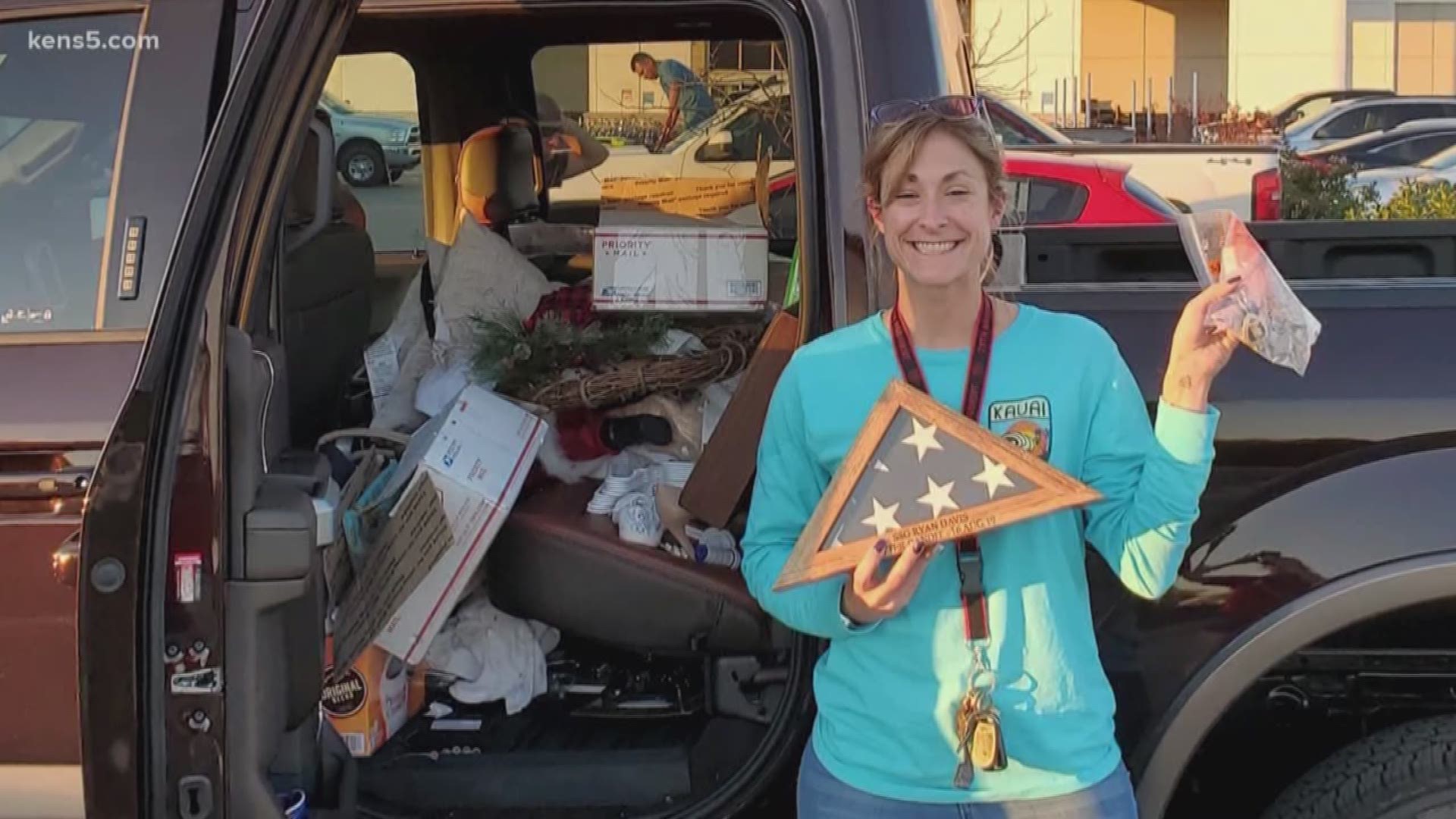 SAN ANTONIO — A military couple got back two priceless items they thought they would never see again.

Army Ranger Ryan Davis was gravely injured during combat in Afghanistan in August. He was flown 8,000 miles from a combat zone to San Antonio for treatment at Brooke Army Medical Center and has been in San Antonio recovering ever since.

"He lost his right leg, his right hip, his right pelvic, his left leg below the knee and his right arm,” said Asia, Ryan's wife.

Asia said he was given a 30 percent chance of survival. In the months after Ryan suffered his injuries, his wife has lived out of Air BnBs and hotels in an effort to stay close to Ryan.

On Friday, she was preparing to move into Joint Base San Antonio - Fort Sam Houston. Their truck was packed full of stuff when it was stolen from the Marriott on Broadway near 410.

"It's just a gut punch in the stomach, is what it is," Asia said. "You work so hard and you get everything you need, and you get this truck and you get the stuff ready for the house, and then you get it all packed up and then somebody just rips it -- it's like a fire."

Asia and Ryan's luck turned around Sunday afternoon when San Antonio police found the truck in an Academy parking lot on the south side.

Inside the truck was Ryan's Purple Heart and the American flag he was sent home with. Asia said half of the other items inside the truck are gone. She's missing personal records, medication, clothes and gifts for their 6-year-old son.

On Monday, she was at North Star Mall trying to replace what she could. It's not the outcome she wanted, but she and Ryan are grateful to still have the two items that matter most to their family.

"God was looking out for us," Asia said. "I didn't think that there was going to be anything left in there. I figured everything would be sold or just thrown out."

SAPD is still searching for the person responsible and no information has been given out on the suspect. According to SAPD, more than 400 vehicles are stolen across the city each month. The majority of them are trucks.

Asia hopes they find the person who stole their truck soon so they can't do this to anyone else in the year ahead.

"You need to come to Jesus and you need to find the good Lord," Asia said. "Don't do this to people."

Asia said her family is moving forward. Ryan will get out of BAMC on Wednesday, their son arrives in Texas on Friday and they'll be able to celebrate Christmas together in their new home.

Asia is thankful to the community for spreading the word about their stolen truck. Beyond that, she encouraged people to donate to the foundations that have played an integral role in helping her and her husband following his injuries, including the Wounded Warrior Project, Lead the Way Fund and  Sua Sponte Foundation.

RELATED: Are you actively serving? Here are the best credit cards for military members