Bruce Arians: 'Do not go back to being silent' after protests 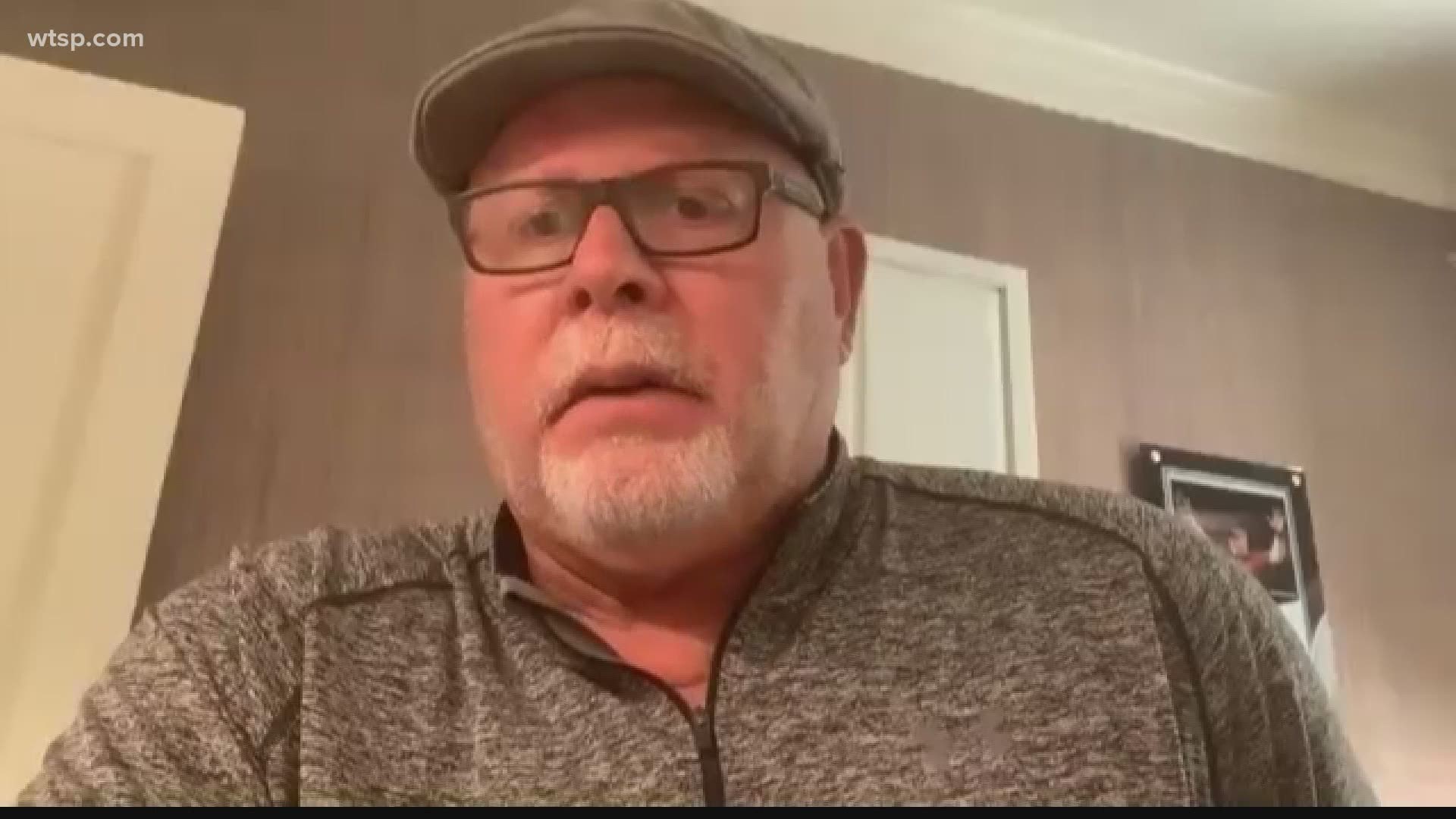 “I love the fact that people are upset and are raising their voices,” Arians said. “But don't stop.”

The Bucs head coach is encouraged by protests, and he’s also seeking answers after the deaths to George Floyd, Breonna Taylor and Ahmaud Arbery.

“It’s sickening,” Arians said. “We all know when we see something that's horrific and wrong and you know the events, especially the last three events are wrong, and murders. Hopefully, justice will be served quickly.”

Speaking publicly for the first time since the start of the racial turmoil across the country, Arians said the national response to protests and riots reminds him of an era 50 years ago.

“There are times when I think we haven’t made any progress since 1968,” he said.

Arians was a teenager when the York race riots took over Pennsylvania in the summers of 1968 and 1969.

“The National Guard was running down the streets of my hometown,” Arians said. “And watching what went on then, the murder of Dr. (Martin Luther) King and Bobby Kennedy – What’s really improved since then? But a lot has.”

While a quarterback at Virginia Tech, Arians was the first white player to room with a black teammate in Hokies history. His roommate was James Barber, the father of Bucs Ring of Honor member Ronde Barber. Barber was one of two black players on the team in 1970.

“I didn’t think twice about breaking this segregation barrier; my closest friends in my old neighborhood in York were black,” Arians wrote in his book, The Quarterback Whisperer.

Arians has always been vocal about diversity in the NFL hiring process, and he lives what he preaches.

But he still wants to see more.

“It's just very disheartening,” Arians said. “As I said, growing up in it, and being a part of it. Personally, you would hope that we would not be in 2020 still dealing with these issues.”

It’s been tough to have discussions during the coronavirus pandemic while the NFL is operating virtually.

“The guys who are on that board are reaching out to all the players, to have conversations and see what as a group they can do to help situations. And as a group, try to find some answers on what we can do as a team," Arians said. "For me, personally, it’s so much easier when it’s face-to-face, obviously, and I’ve talked to some of our young guys and some of our veterans. Hopefully, when we get back together, we’ll have some answers on what we can do to continue to improve the situation.”

Looking for a way to take concrete action, Arians said he joined Campaign Zero, an organization dedicated to police reform. He also encouraged his players to research the organization.

“It's one thing to march, protest,” Arians said. “But it's another thing to take action. And when the protesting is over, I would urge everybody to act, do something positive to help the situation. Don't just go back to being silent, because that is going to happen again.”