The right-hander gave up 4 runs to Houston in Game 5 of the ALDS. 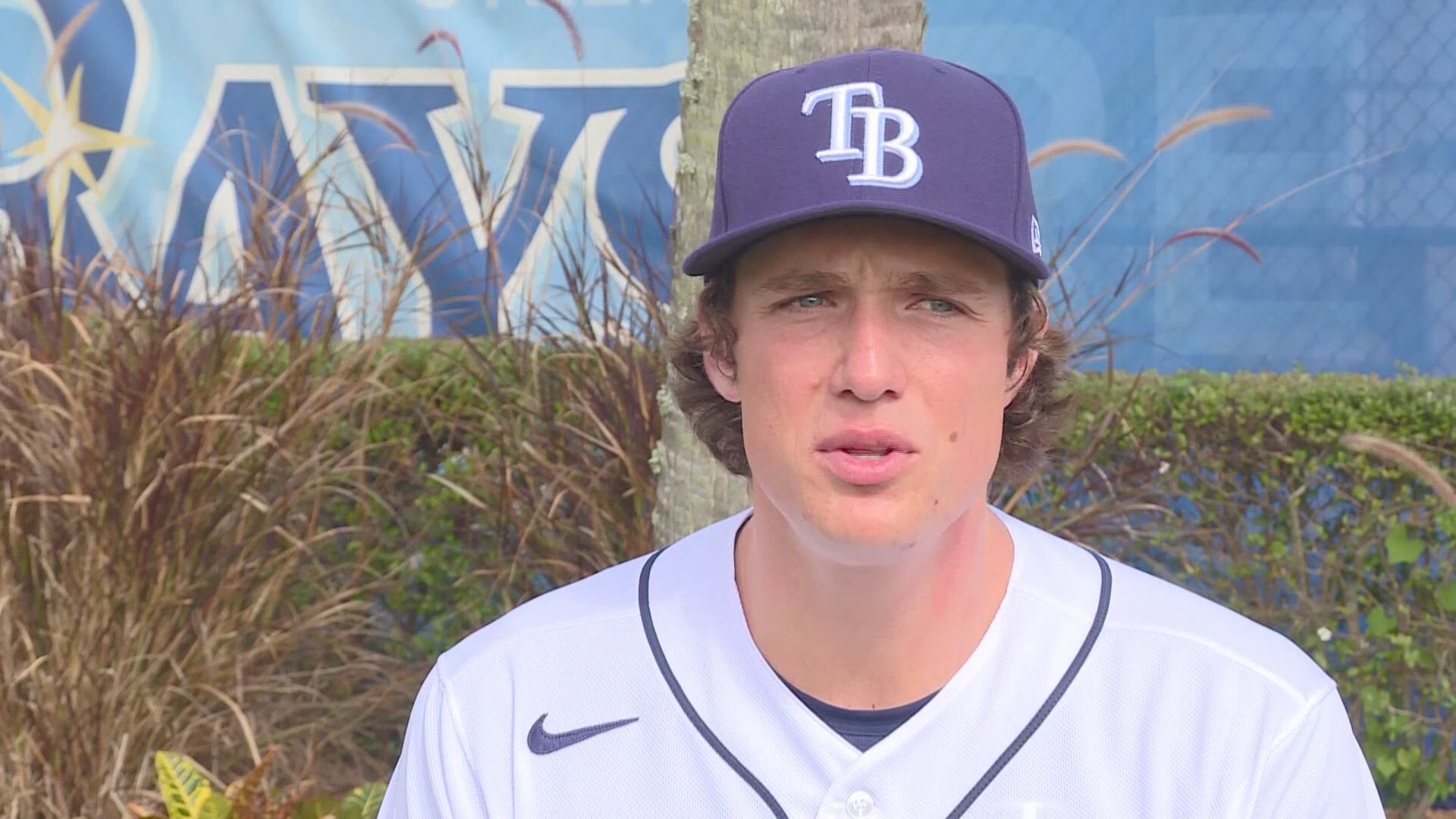 PORT CHARLOTTE, Fla. — The Tampa Bay Rays and the rest of the MLB saw their pitchers and catchers report to spring training Wednesday.

One topic on the front of everybody's mind: how did the Houston Astros' mass cheating scandal affect the 2019 postseason?

Tampa Bay Rays pitcher Tyler Glasnow, the team's right-handed starter, went through a tough time when the Rays faced off against the Astros in the ALDS. At the time, he admitted that he felt like he was tipping pitches.

Speaking with 10News in Port Charlotte today, though, he doesn't think he can say with 100 percent certainty that the cheating didn't play a factor in his struggles.

"They haven't proved anything from [the 2019 season]," Glasnow said. "But when you see all the stuff and know that they hadn't been caught until the end of [2017], it makes you think."

Glasnow, to his credit, offered an alternative argument.

"They're a really good hitting team. For all I know, I wasn't tipping [pitches] and they're just a good team, or I was tipping, or they were just doing other weird stuff. Honestly, no one will ever know."

Rays' pitcher Charlie Morton, who was with the Astros during the scandal, says he's remorseful over not stopping the cheating operation.

RELATED: Tired of frequent pitching changes? So is MLB.

RELATED: Pete Rose wants back in to baseball