Brett Phillips' wife arrived at the World Series the morning of his Game 4 walk-off but left the game early. 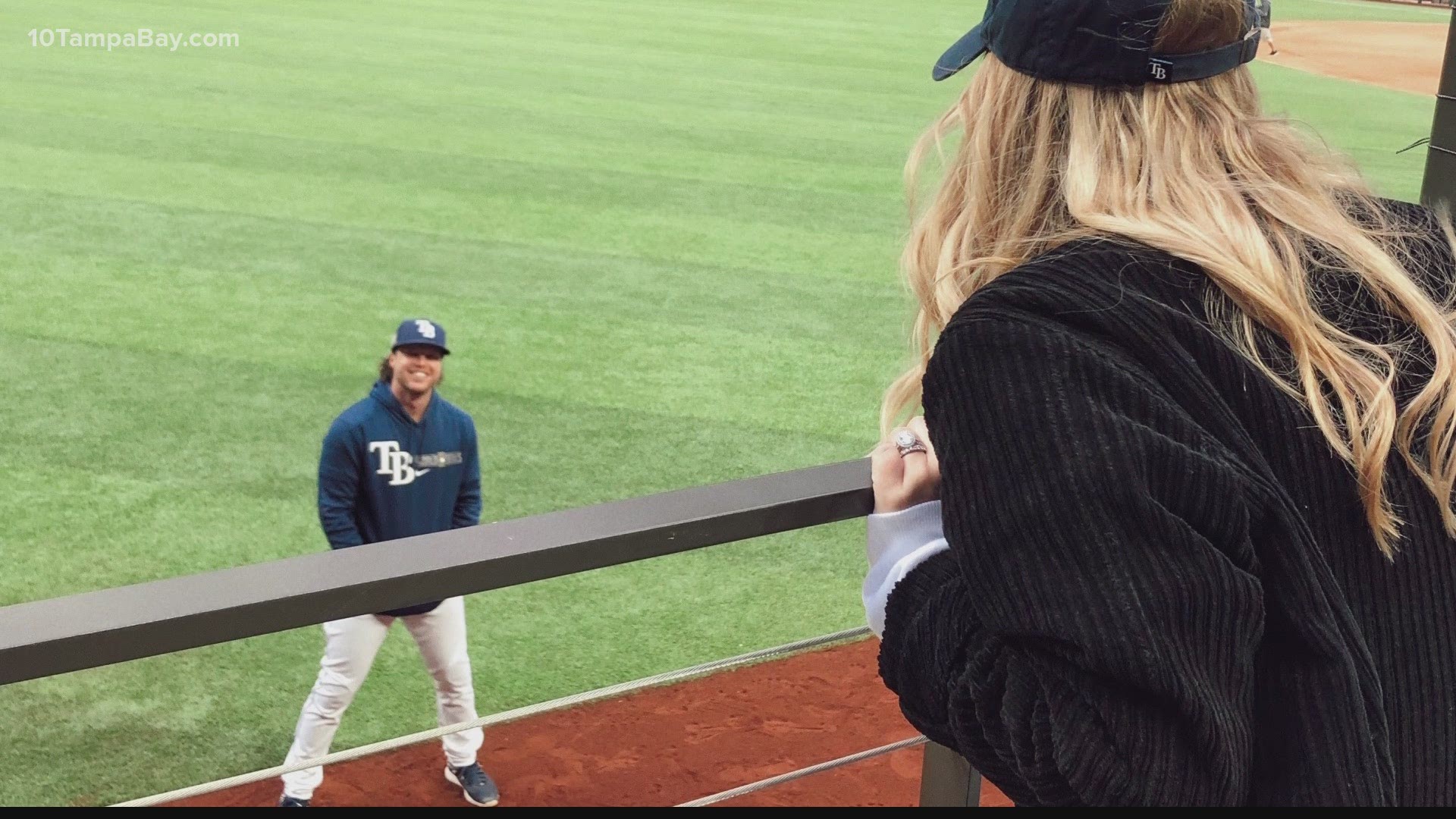 ARLINGTON, Texas — Brett Phillips became an instant Rays legend for his Game 4 walk-off hit. He was so excited after the game he almost passed out on the field, he needed an IV, and his resting heart rate was 140 bpm.

He was the most unlikely of heroes. As the last man off the bench, his last hit came on Sept. 25, and he was left off the ALCS roster.

A Seminole native, Phillips grew up a Rays fan. His grandmother took him to his first Rays Fan Fest, and he remembers watching Tampa Bay's 2008 playoff run as an eighth-grader.

He said the feeling of hitting a walk-off game-winner for his hometown team was almost equal to the joy he felt on his wedding day in November 2019.

The comparison was fitting -- his wife Bri didn't arrive in Arlington until the morning of Game 4, as she was held up with work in Clearwater, Florida.

Perfect timing, right? Nope. She left the game during the seventh inning and watched the walk-off from her hotel room.

"We were actually in my hotel room, my mom and I," Bri said the day after Game 4. "We were watching it and my heart was beating so fast -- racing. I thought I was gonna be sick. I told her I think I’m gonna throw up."

Bri told 10 Sports' Grace Remington that watching from the hotel didn't change the experience for either of them.

"I got to see all the angles and I got a good vision of his butt," Bri said. "So that was good. I wouldn't have gotten that here (at the park). So it worked out okay."