Jason Kidd estimates the field has already cost him around $30,000. 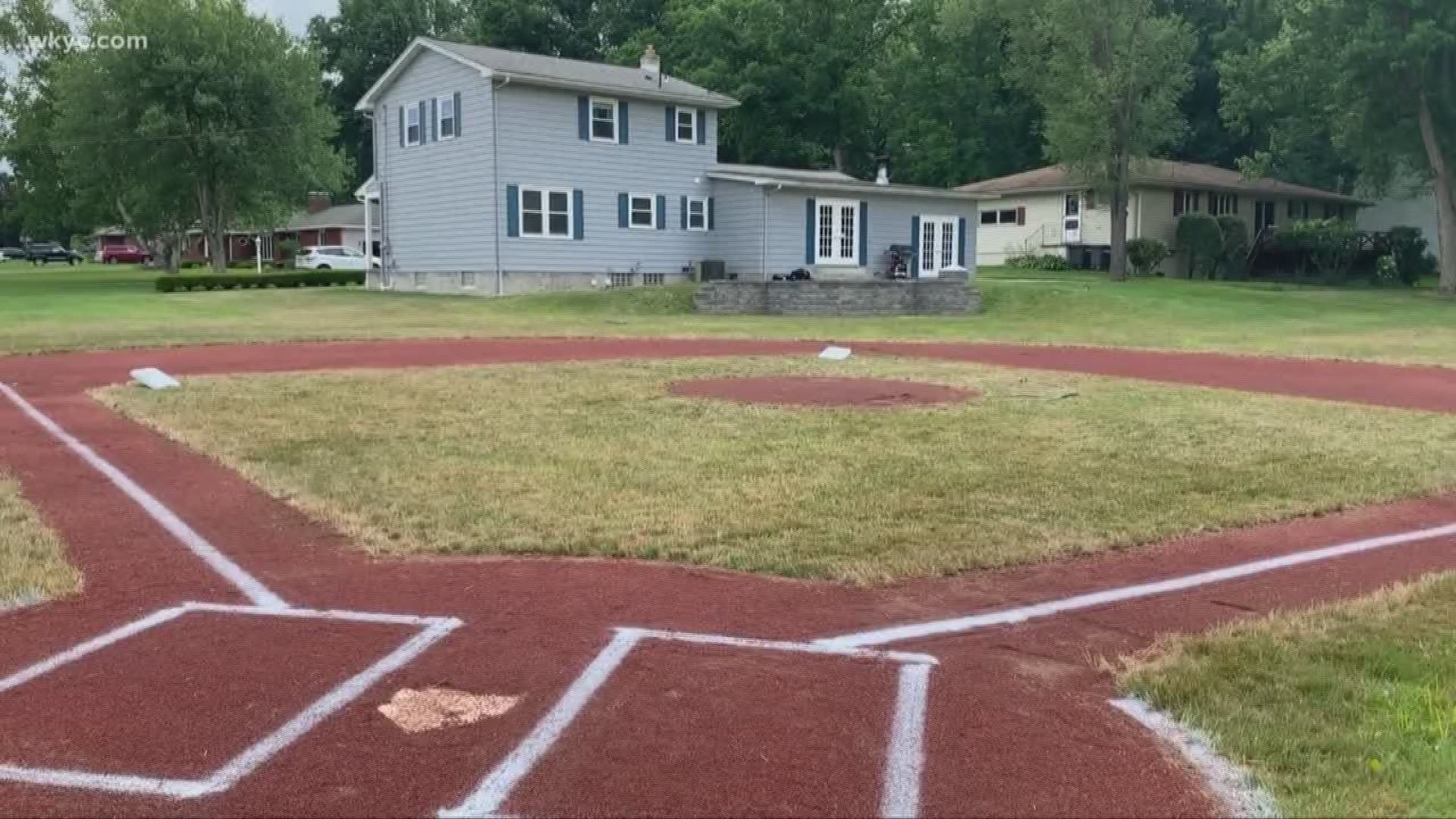 BROOKFIELD, Ohio -- On a normally quiet street in Brookfield, Ohio, resident Jason Kidd has become the talk of the town.

"This is the best thing to happen to this neighborhood in a long time!" yelled a neighbor from his car as he passed by Kidd's home.

This Kidd, is more of a baseball guy. That's why he built a baseball field right in the middle of his own backyard.

The field, which he calls "The Re-Jake" in a nod to Jacobs Field, features everything from infield clay, regulation bases, raised pitchers mound and perfectly straight foul lines that Kidd paints himself.

Have a Field of Dreams reference? He's probably heard it already.

"Thousands of people online," laughs Kidd. "'If you build it he will come.' All that stuff."

But unlike the classic Kevin Costner movie, Jason wasn't hearing voices in a cornfield. What he did hear was the voice of his 5-year-old son.

"About two years ago my son and I were playing with his plastic T-ball set and he asked if we could build a baseball field in the backyard. I kind of blew him off."

But then the crazy idea, didn't seem to crazy after all.

“I kind of started thinking about it. Then I started measuring to see if we have room, and now I have a baseball field.”

"Probably not the best financial decision, but it's baseball," Kidd said.

For him, the money doesn't matter. What does matter, is making memories with his young son and teaching him the game he fell in love with at a young age.

"It was my uncle and I. He taught me baseball. He got me to fall in love with the Indians and baseball. I played growing up and he coached me. Now here I am getting to do it. It's pretty cool."

Sometimes the love for the game is the only explanation.