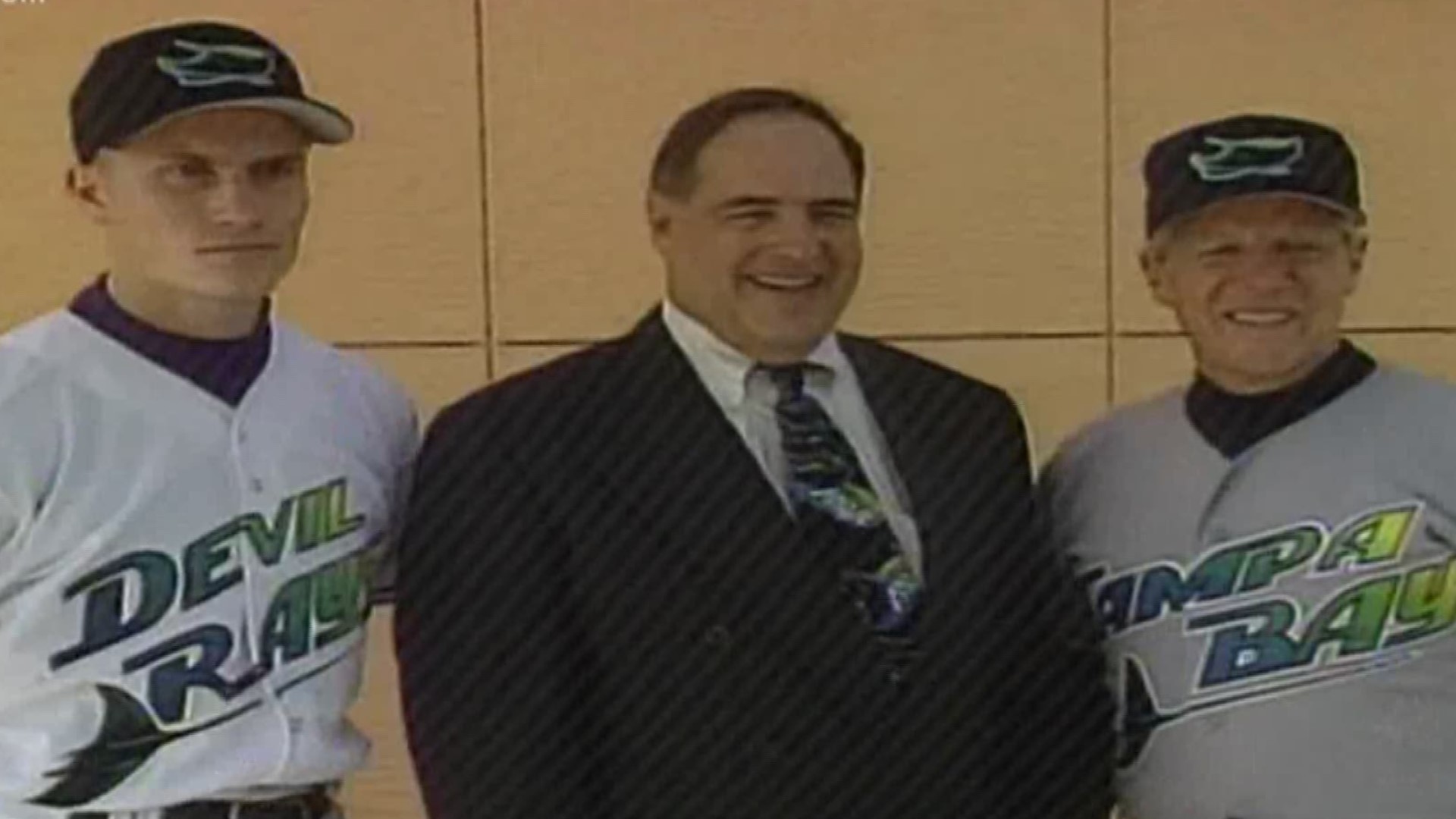 In a statement from the Tampa Bay Rays, the team confirmed Naimoli died Sunday night.

"The Tampa Bay Rays are deeply saddened to learn of the passing of former owner and CEO, Vince Naimoli," the team said in a statement. "Vince was unyielding in his pursuit of a Major League Baseball franchise for Tampa Bay, and his success in landing the then-Devil Rays changed the region's sports landscape forever. In addition to his distinguished business and baseball careers, his family's philanthropic efforts in the community will be felt for generations. We are grateful for his leadership and wish his family peace during this difficult time."

Current Rays owner Stu Sternberg said: "Vince Naimoli was instrumental in bringing baseball to Tampa Bay. I am forever grateful that he entrusted me with the franchise in 2005. It was my pleasure to have worked with Vince and to have been his partner."

Naimoli's wife, Lenda, said he was "surrounded by family and friends during his last days. We thank everyone for the outpouring of love and support for Vince. We ask for respect of our privacy during this time. Arrangement details will be communicated as they become available."

The team also shared on Monday a 2005 media guide for Naimoli, who secured the MLB team for the area on March 9, 1985.

He earned his bachelor's degree from the University of Notre Dame and received master's degrees in mechanical engineering from the New Jersey Institute of Technology and in business administration from Fairleigh Dickinson University.

Naimoli was inducted into the National Italian American Sports Hall of Fame in 2004 and also received the Ellis Island Medal of Honor.

He is survived by his wife, Lenda; four daughters, Christine, Tory, Alyson and Lindsey; and several grandchildren.

The Rays said the team plans to wear a jersey patch for the rest of the 2019 season to honor Naimoli. There will also be pre-game recognition on Friday night at Tropicana Field.