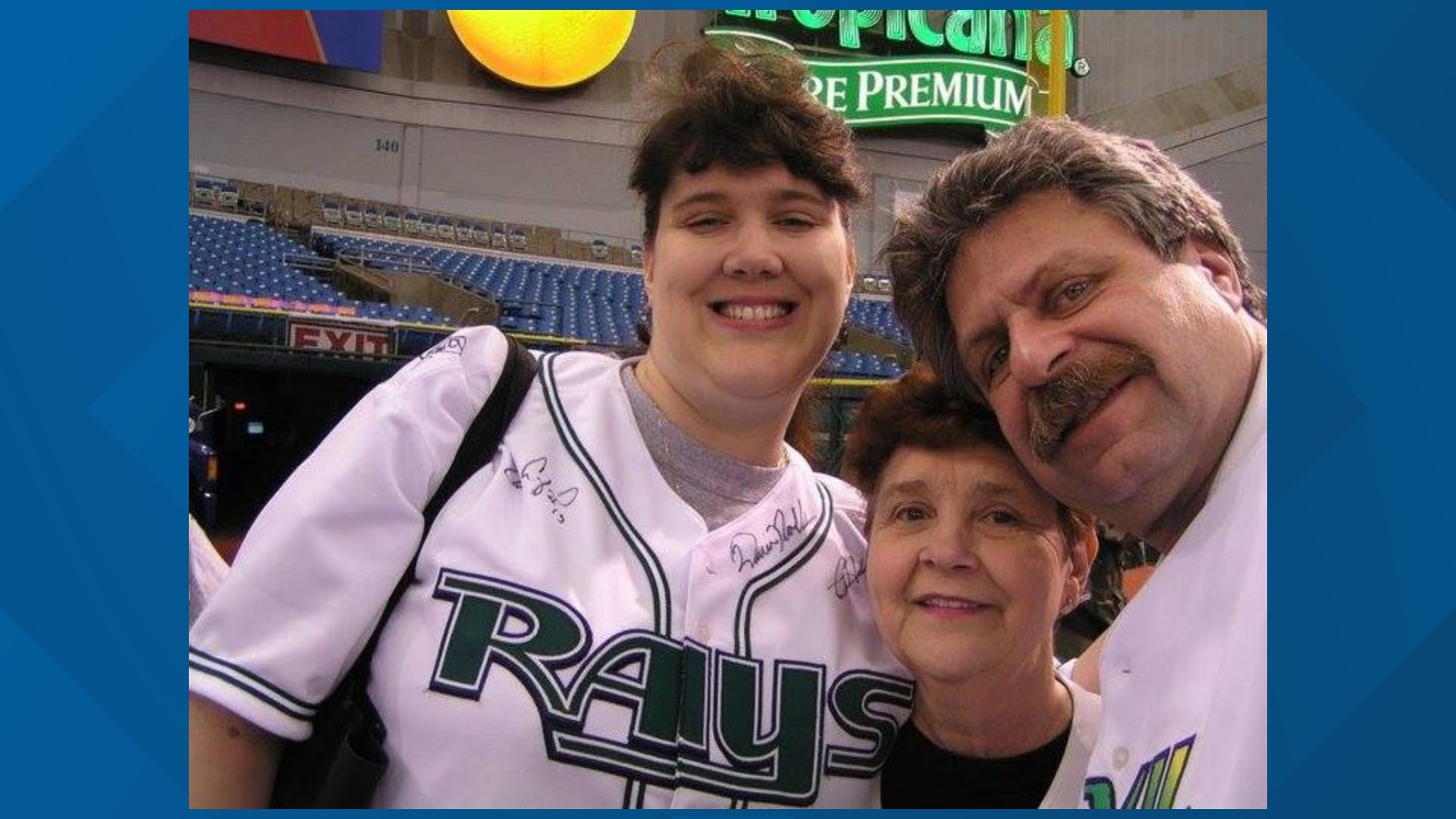 In fact, Billie Jo Bell has been a season ticket holder and at every Opening Day since the Rays first season back in 1998.

With the COVID-19 pandemic, the Rays aren't allowing any fans to watch games because of safety concerns meaning Billie Jo Bell will miss her first game in more than two decades.

To put it simply, it's heartbreaking.

"I'm a die-hard Rays fan!" Bille Jo Bell said. "It’s a horrible feeling knowing I’ll miss this Opening Day, the only way I would miss it is if I were dead. A lot of people don't understand why I love baseball so much, it's just the connections and the people."

Connections that will be missed this year due to the coronavirus pandemic.

Instead of fans gathering together in masses attending the game, you'll notice an empty baseball stadium with a few cut-outs sitting in seats.

“I did pay $40 to have a cut-out of me sitting in one of my seats though,” Billie Jo Bell said.

It's the new norm until the pandemic threat subsides. But you better believe Billie Jo Bell will still be watching the game, and cheering just as strongly from home.

"Baseball is life, I have met more of my lifelong friends because of it. For years people thought I worked for the Rays because I constantly promote them," Billie Jo Bell joked. She plans on still rooting for the team as close to Tropicana Field as possible come game time.

The Tampa Bay Rays play against the Toronto Blue Jays Friday at 6:40 p.m.