Duke and many others took to social media to react to Williams' retirement. 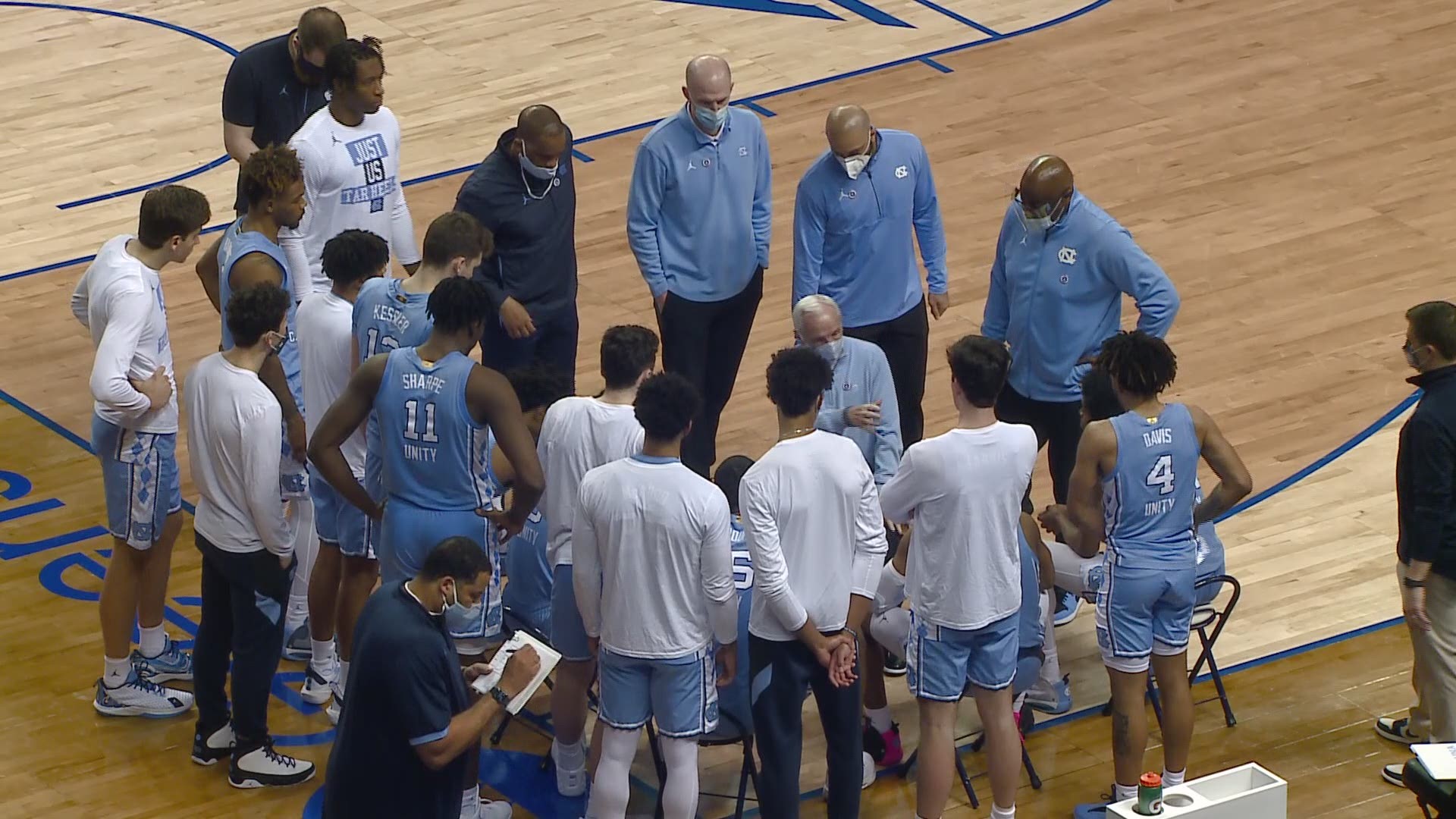 Players, programs and pundits took to social media to congratulate and react to the news. Many consider Williams to be one of the greatest coaches in the sport's history.

Williams' retirement comes amid speculation that the 70-year-old was frustrated with the direction the sport is headed. In the 18 years since his return to North Carolina, his basketball program has perennially been one of the best in the nation.

Williams told his players during a team meeting before the public announcement.

Reactions poured in from across the college basketball landscape:

After 33 years as a Hall of Fame head coach, our beloved Tar Heel Roy Williams is announcing his retirement.

Thank you for all you have done and meant to everyone who plays and loves our game.

“Like everyone, I was surprised to read today’s announcement about Roy Williams’ retirement. College basketball is losing one of its greatest coaches and a man who genuinely cares about the game of basketball, and more importantly, the people who play it. Roy has led two iconic programs as a head coach and did so in exemplary fashion. I have the utmost respect for Roy and his family, who represented themselves and their institutions with class, grace and humility. While we were on opposite sides of college basketball’s greatest rivalry, we both understood how lucky we were to be part of it and always tried to represent it in the way it deserved. Personally, I will miss competing against him, seeing him at coaches’ meetings and having the opportunity to discuss how to make our game even better. Roy is a great friend, and our sport was very fortunate to have him as long as it did. We have all benefitted from his longevity in and commitment to coaching. His legacy is secure as one of the greatest coaches in college basketball history.”

Salute to UNC Head Coach Roy Williams on a legendary 48-year career. All respect. Thank you for all you have done for the game, our league and the greatest rivalry in sports. 🤝

One hell of a career and even better person! Thank you for everything coach truly a honor playing for you!❤️ https://t.co/IEMritlFwG

Roy Williams has been one of the great coaches in American Sports. pic.twitter.com/z6WDxpZbmD

I don’t have the words to describe in one message the impact Coach RW had on my life! Congrats on a legendary career coach, you will be missed 🐐

Not an April fools

Since Roy Williams returned to North Carolina, the program leads (plus ties) the country in:

He guided the best program in the country over the last 18 seasons.

Can’t thank this man enough for what he did for me! Allowed me to live out my dream!! A legend https://t.co/jLD7WY6no8

Jim Boeheim was as surprised as any of us to learn of Roy Williams' retirement.

"There’s not a better example of what a college coach is supposed to be."https://t.co/DkqqL4bsFd

"Roy's fingerprints will forever be on the sport of college basketball, and specifically the Atlantic Coast Conference."

Congrats to @UNC_Basketball's Roy Williams on a legendary career. 👏 pic.twitter.com/W7Pr0Cj4zc

Dadgummit! Roy Williams, legendary coach and wonderful person is hanging it up! We hate to see you go but Godspeed Coach. - RC pic.twitter.com/INC1jgSaq6

Congrats to Roy Williams on a hall of fame coaching career. All the best. pic.twitter.com/BdxB4oeQcu

If you want to know what Roy Williams meant to his players, look no further than Marcus Paige's emotional 2016 Senior Night speech.

College Basketball took a hit today. When I was hired, the 1st person to reach out & offer support was Roy Williams. Over the years, we became great friends. Thank you 4 ur support, friendship, and making our game better. You will be missed. See u on the golf course my man pic.twitter.com/E5kyZMUvh6

Thank You For Everything Big Fella! 🐐

Not Only A Great Coach But A GREAT Leader, Mentor, and Person! 🖤 pic.twitter.com/Cr3c76cXF3

My Duke people WILL NOT like this but I grew up a @UNC_Basketball fan.. sad to see a legend retire in Roy Williams. Roy has always been a class act & is one of the greats. Big decision time for a program in which I admire & always respected in our rivalry.

Florida State’s Leonard Hamilton on the retirement of Roy Williams:

“Growing up in North Carolina and being a tremendous fan of ACC basketball, I recognize the historical importance of North Carolina to the ACC and college basketball.  Coach Williams carried on so well the rich tradition of the UNC basketball program, and he did so with great professionalism and loyalty.  He has been a fantastic ambassador for our great sport.  The landscape of college basketball has changed tremendously but the Carolina tradition because of Roy Williams is as strong as it has ever been.  He is a Hall of Famer in every sense of the title, and we want to wish him and his family well as they begin this new phase of their lives.”